Food for both dogs and cats is developed by the company and produced in different varieties such as wet food, biscuits, tubes, knots, and even cake mix – it also makes biodegradable, eco-friendly poo bags.

The Queen’s Award was given to the pet food business for its outstanding growth in the international market. Shops and supermarkets across Africa, Hong Kong, and Israel are some of Benevo’s biggest customers, and consumers across the U.S, Japan, Norway, and New Zealand are also after the company’s vegan, animal-friendly products for animals.

“As a pioneering company swimming against the tide of traditional pet foods out there, this is a very significant award for us,” founder Darrell De Vries said in a statement. “An award of this level is a breakthrough recognition of Benevo’s international achievements and a real boost for our team who have worked so hard to support Benevo’s products and customers.” 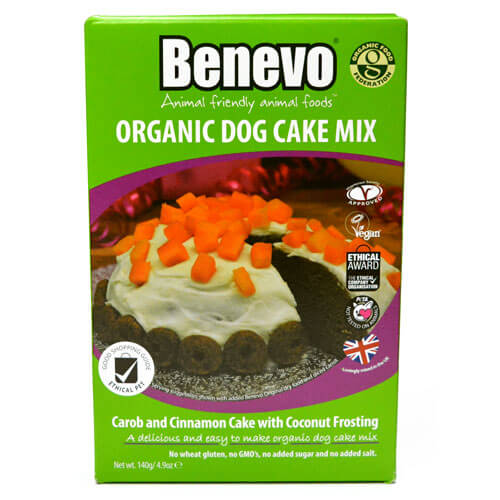 “Incorporating the Queens Award for Enterprise logo on our packaging will set our product apart from the competition,” he added. “This award is proudly earned, not won, so I believe it enhances our brand reputation both here in the UK and abroad – that can only help to grow international sales further.”

Cruelty-free pet food is a growing industry – just last month, it was reported that Wild Earth, a meatless dog food company, had received financial backing of $4 million. Wild Earth believe that the pet food industry could, in actual fact, be making our animals sick. “[Pet food contains] ground-up parts of animals deemed by the U.S. Department of Agriculture inspectors unfit for human consumption,” the company stated.

Bond Pets, based in Colorado, is another vegan pet food startup looking to take the industry by storm – however, the company wants to focus on clean meat production. “Pet food has always been a quick follower to the human food trends,” Ryan Yamka of Bond Pets stated. “So, it’s not surprising that you see…what I would call the sustainable – food movement getting into the pet-food side.”