UK restaurant and cocktail bar chain, The Alchemist, has added vegan options to menus in all its locations.

The chain, which has venues in London, Oxford, Birmingham, Chester, Leeds, and Liverpool, amongst others, has added a Keralan Curry, which consists of a chickpea curry and cauliflower rice, as well as a Shawarma Cauliflower Steak, served with mixed grain salad and harissa yogurt. Vegan-friendly starters include Vegetable Gyozas and houmous served with crudités and tortillas, a vegan Morrocan spiced vegetable wrap is also available, served with houmous and harissa, and a Mixed Grain and Artichoke salad.

The menu also has a number of vegetarian options, including Popquorn fajitas and Vegetable Smoking Pho.

The Alchemist’s vision is “to serve up an innovative, theatrical cocktail and casual dining experience, that combines molecular mixology with great service and knowledge from its creative team.”  The bar group was recently named as one of the fastest growing businesses of 2018, and with veganism also rapidly growing this year, the chain has chosen to add vegan options to its menu and keep up with consumer demand. 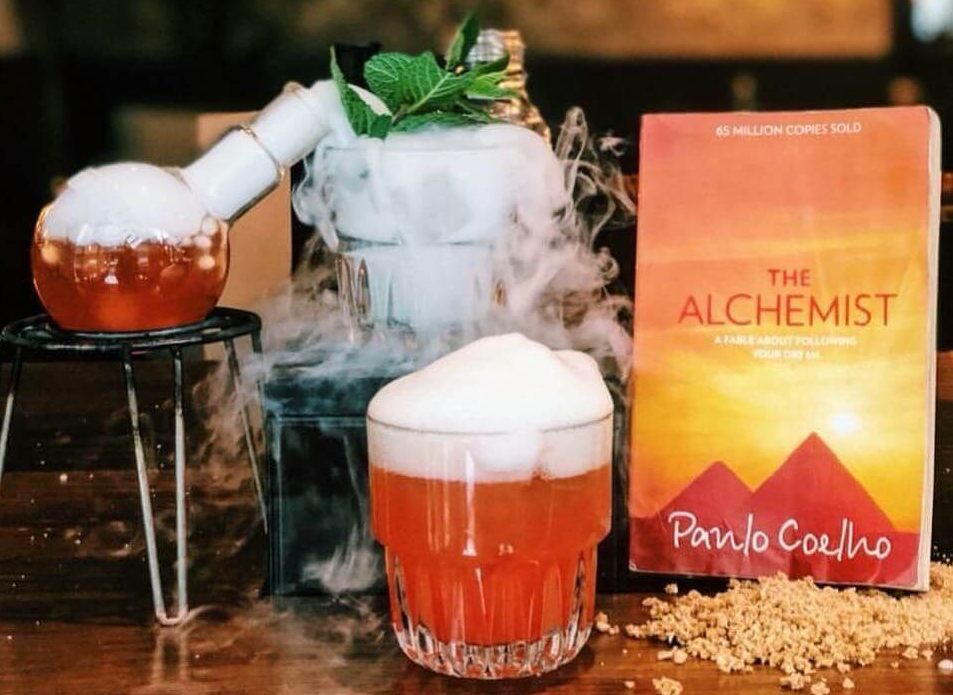 Veganism has surged in popularity across the UK, with the number of vegans in the country rising by seven hundred percent over the last two years. Furthermore, meat and dairy-free dishes are becoming more popular with non-vegans, in fact, last year, UK citizens enjoyed eighty-seven million more vegan-friendly meals than in 2015.

“This is our most significant menu launch yet,” Byron’s Head of Food, Paul Mason, told Vegan Food and Living in April. “Byron has always been a pioneer of proper burgers and this menu aims to reflect the growing breadth of modern British burger tastes.”

Since the beginning of the year, The Real Greek, TGI Fridays, Sutton & Sons, Vintage Inns, Costa Coffee, and Harvey Nichols, amongst others, have launched new vegan additions to their menus. The UK’s largest health food retailer, Holland & Barrett, also revealed earlier this month its plans to open a new, exclusively vegan supermarket in response to growing levels of demand.