One million fewer animal tests were conducted this year in the UK compared to 40 years ago.

In honor of the 40th anniversary of World Day for Animals in Laboratories (WDAIL), which falls on April 24, the National Anti-Vivisection Society (NAVS) has revealed that one million fewer animal tests are conducted today in Britain compared to 1979, the year that WDAIL was founded by NAVS and when a total of 4.7 million experiments were carried out on animals in the UK every year.

While drastically fewer tests are conducted than before, 3.7 million experiments still go ahead each year. The NAVS is urging for the UK government to act on the issue and support non-animal methods that could replace animal experiments.

Jan Creamer, the president of NAVS, said in a statement, “This significant decline in animal use, and since the first [WDAIL], has been in spite of inadequate funding and support for modern science. Knowing animal research to be misleading and fundamentally flawed, the UK Government must act to accelerate the adopting of advanced human-relavant methods, helping animals and people.” 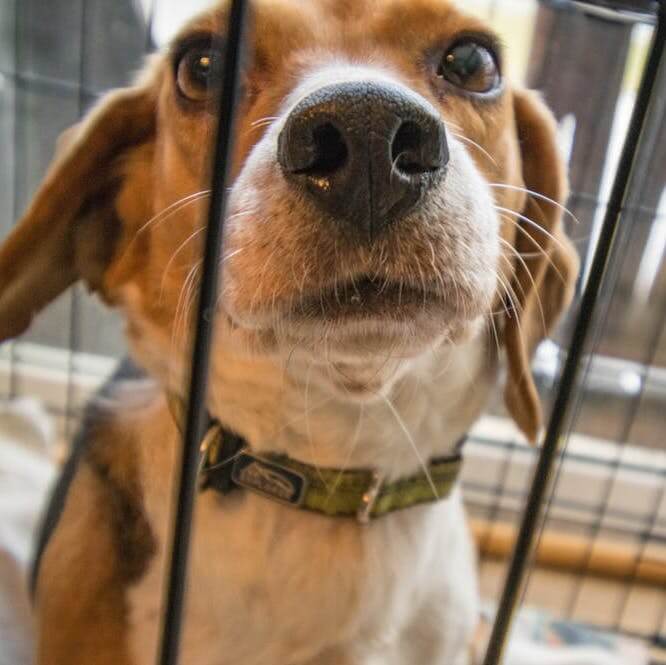 The UK and Animal Welfare

The UK government has stepped up for animal welfare in the past. It has implemented a ban on cosmetics testing on animals as well as a ban on using animals – “hundreds of thousands at a time,” NAVS notes in a press release – to test alcohol, tobacco, and deadly, acute oral LD50 safety tests.

In the press release, NAVS highlights that around 30 years ago, primates were removed from the wild for research. Nowadays, no wild caught primates are kept or used in British labs. Primate experiments in general have more than halved since 1979.

Besides cruelty toward animals, a major argument against animal testing is that it is ineffective.

Tests results can change depending on an animal’s age, sex, diet, and “even bedding material,” according to NAVS, which adds that, “Human diseases in lab animals are not naturally occurring – artificially created, they are different from the human condition that are attempting to mimic.”

NAVS points out that each species responds differently to substances, making animal testing an “unreliable” method of predicting human reactions. According to PETA, more than 95 percent of pharmaceutical drugs test as effective and safe on animals but then fail in human clinical trials.