The UK’s first permanent vegan butcher shop is opening in London next month.

Rudy’s Vegan Butcher is slated to open on November 1, World Vegan Day. The little store looks strikingly similar to a traditional butcher shop. It features white tile walls and the art of pigs and cows and a meat case. But instead of traditional cold cuts made of animals, Rudy’s will sell housemade meat-free pastrami, seitan chicken, bacon, burgers, pulled pork, meatballs, and vegan turkey roast, just in time for the holiday season.

The vegan butcher shop is run by the team behind Camden Market’s popular junk food destination, Rudy’s Vegan Diner. The firm launched DIY kits for nationwide delivery for some of the diner’s most popular meals, like its reuben or broccoli mac and cheese, earlier this year. Customers will also be able to order menu items from Rudy’s Vegan Butcher online starting November 1. 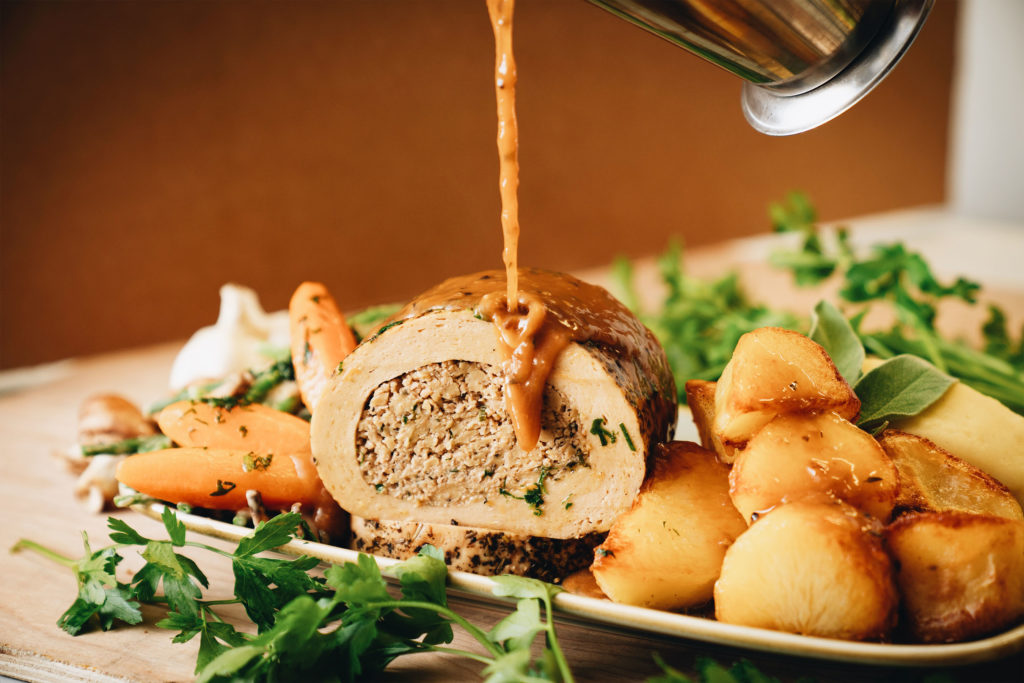 The UK is getting its first vegan butcher shop. | Rudy’s

Rudy’s is the brainchild of veteran chef Matthew J Foster, who makes the plant-based meat, and his life and business partner, former primary schoolteacher Ruth (aka Rudy) Mumma. A chef of 30 years, foster cut animal products out of his diet for ethical reasons. His Instagram profile proudly reads “vegan for the animals.”

“It didn’t seem right anymore,” he told the Camden New Journal. “We can survive and thrive far better on a plant-based diet.”

A lover of comfort food, Foster and Mumma opened Rudy’s Vegan Diner, London’s first vegan diner, in April 2018. According to the website, the establishment, which serves American-style diner food, “became their outlet for promoting the movement by educating others about animal rights with unbeatable, mouth-watering food and a punk AF attitude towards getting sh!t done.”

Rudy’s Vegan Butcher opens on November 1 at 206 Upper St. in Islington. According to an Instagram post, they will give away half a pound of vegan bacon to customers while supplies last to celebrate.