The new “Zalmon” and “No-Tuna” sashimi is available from Kcal at both its Glasgow and Edinburgh branches. The vegan sushi is made with seaweed and tapioca starch.

“Finally we can announce the launch of the FIRST ever Vegan Sashimi in UK,” said Kcal Kitchen on Facebook. “Vegan Sashimi that looks like the REAL deal!”

In the last year, Kcal kitchen has introduced vegan junk-food options, including a plant-based chicken “royale” and Big Mac-style burgers. Also on the menu is a “No-Tuna” caesar salad, made with Kcal’s new vegan seafood. 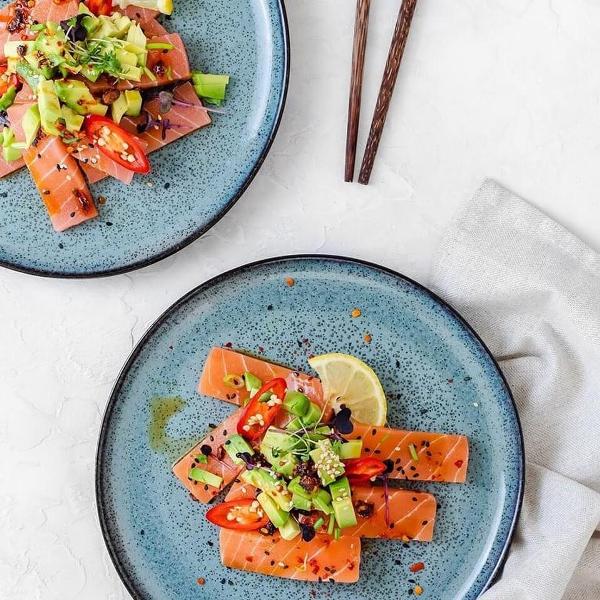 “Who is excited for our Vegan Zalmon & No-Tuna Sashimi launching Wednesday?” | @kcalkitchen

Due to global concerns about overfishing, marine life, and the environment, the production and consumption of plant-based seafood are on the rise.

The oceans are critical to all life; they produce more than half of the world’s oxygen. They also absorb 50 times more carbon dioxide than our atmosphere. Problems like overfishing as well as climate change and pollution are negatively impacting marine life.

Overfishing has now exhausted approximately 90 percent of the world’s fish population, according to FAO data. And almost half of marine plastic pollution comes from abandoned fishing gear. The discarded and leftover nets can trap marine creatures such as whales, dolphins, porpoises, and turtles.

Marine biologist and oceanographer Dr. Sylvia Earle has promoted plant-based seafood as a potential solution to these concerns. At the 2018 Good Food Conference, Earle suggested that better education and vegan seafood is “what we really need for food security.”

Vegan seafood company Good Catch maintains that the only truly sustainable seafood “is seafood that allows fish to remain in the ocean.”

“The relentless and indiscriminate killing of marine life is devastating ocean ecosystems,” CEO Chris Kerr said in a statement.