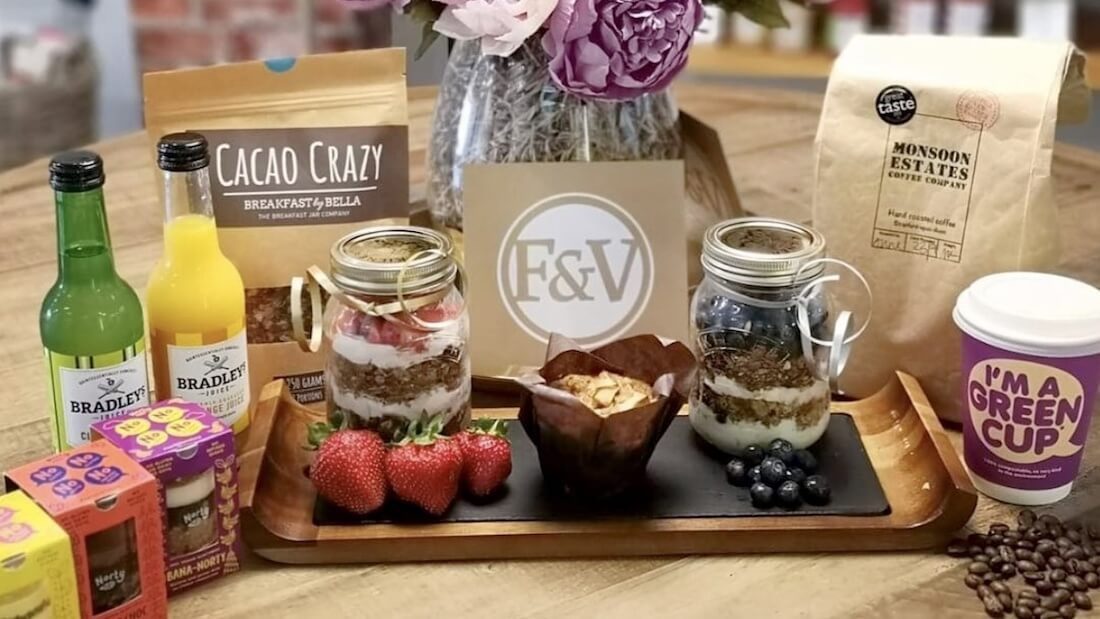 The specially curated selection of artisanal and allergen-friendly pantry items include everything from aquafaba vegan mayo to various snacks and sauces. The store also sells vegan pastries and baked goods, along with ready-made meals and freshly prepared food for takeaway.

All of the deli’s products are handpicked by the owners, who personally taste “each and every” product to ensure the highest standards for Fred & Virginia customers.

The shop was founded by mother and daughter entrepreneurial duo Jacquie Monteith and Lauren Castle, who both suffer from food intolerances. Speaking to The Courier, Monteith explained that the pair were “unable to find readily available food that is both tasty and meets our dietary needs.”  She said, “We used to spend hours trawling the Internet for plant-based or ‘free-from’ products we could enjoy, visiting several outlets in order to do our weekly shop.”

Frustrated with their own experience, the pair “felt it was time to make a stand” – so Fred & Virginia was born.

Both Monteith and Castle pride take care to provide exceptional customer service in order to  “revolutionise the way people think about food and the produce they consume.”

Monteith explained, “We have put our heart and soul into launching [Fred & Virginia] and we hope that our passion for quality produce can encourage people to explore new food combinations and have great fun doing so.”

The owners will also collaborate with local groups and charities offering its catering services to schools, local offices, and children’s parties.

And, despite opening only last month, Fred & Virginia is already looking to the future. Its owners are planning a series of events to enable independent producers (particularly family-run businesses) to sample and showcase their products at the shop.

Leamington Spa, known for its regent architecture and royal pump rooms, may not be the obvious location for a vegan deli to open.

However, this deli may represent a changing consensus. A recent study found that conservatives consume significantly more dairy and meat than liberals – and last year, Leamington’s constituency changed from right-wing Conservative to left-wing Labour.