UK Parliament has officially banned the use of wild animals in circuses.

The British Parliament passed the Wild Animals in Circuses (No. 2) Bill today following its third and final reading in the House of Lords. The move comes after more than a decade of promises from lawmakers.

“I am delighted that Parliament has finally banned wild animals in circuses and we can draw a line under this archaic abuse in England, Scotland (where there is already a ban), and soon I hope in Wales,” Jan Creamer, president of animal rights charity Animal Defenders International (ADI), said in a statement. “There has been overwhelming public support for a ban since Animal Defenders International began exposing the horrific cruelty and abuse behind the scenes of British circuses of animals like chimpanzee Trudy, Anne the elephant, and far too many others. I am delighted that England is finally catching up with over 40 countries that have already passed such bans.”

A ban was first promised by the Labour Government during the passage of the Animal Welfare Act of 2006. The result of a 2010 survey conducted by ADI showed that 94.5 percent of UK residents were in favor of a ban. 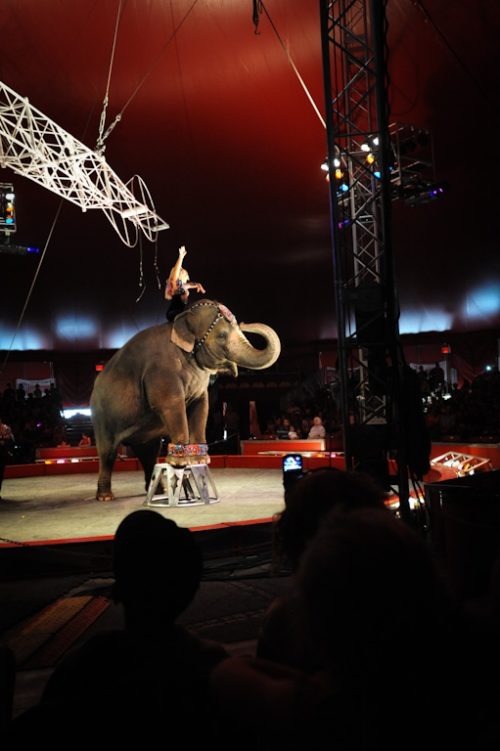 All across the globe, circuses are known for treating captive animals violently, denying these animals adequate nutrition, keeping them in cramped and unsanitary enclosures, and forcing them to perform for an audience.

It has been said that many of the behaviors that these animals — lions, monkeys, camels, elephants, dogs, zebras and more — are forced to perform would not occur if they were left to live freely in their natural habitats.

The UK had only two remaining circuses – Circus Mondao and Peter Jolly’s Circus, who have 19 animals between them. Six reindeer, four zebras, three camels, three raccoons, a fox, a macaw and a zebu (humped South Asian cattle) travel with the circuses. ADI has offered to help relocate the animals affected by the legislation.

The wild animal circus ban will go into effect from January 2020.