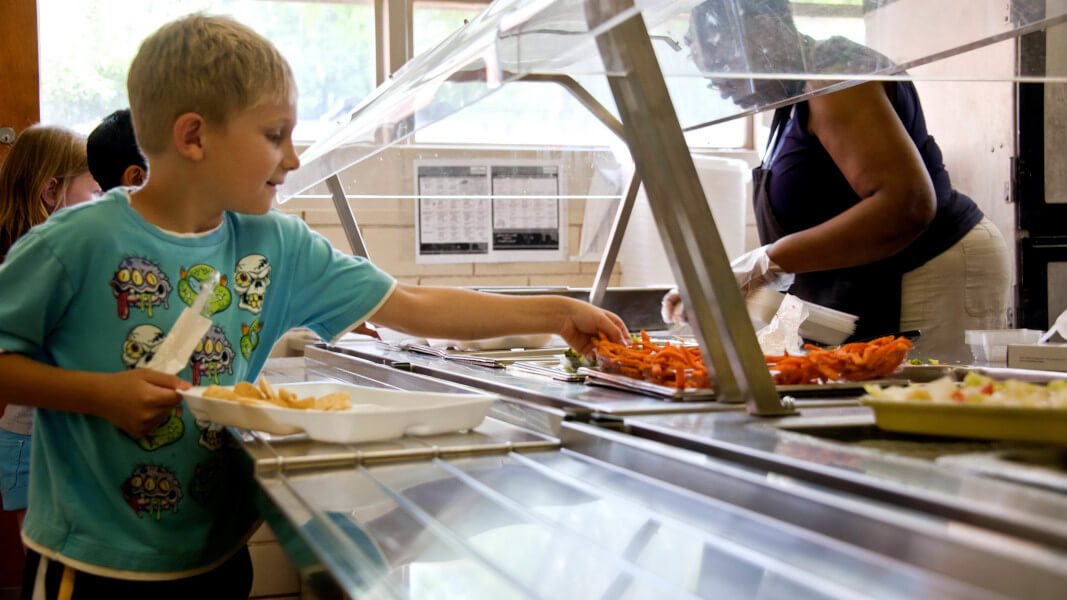 Education secretary Damian Hinds is urging schools across the UK to go plastic-free by 2022, following the lead of Georgeham Primary School in Devon.

The school has cut out single-use plastics such as cling film – replacing it with foil instead – and sauce sachets in the dining hall. Other changes include eliminating single-use plastic straws, milk cartons, and non-reusable food containers. According to the BBC, the school also reached an agreement with its food supplier to return the plastic packaging on fruit and ingredients to be recycled. Catering manager Keri Lambert noted that the changes have helped the school save money.

“Plastic can harm our precious environment and be lethal to wildlife,” Hinds said in a statement. “The leadership shown by schools like Georgeham Primary in going single use plastic free is an impressive example for us all – and I want work to support every school in the country following their lead by 2022.”

We all want to do our bit to protect the environment ? So we want schools to stop using plastic bags, straws, bottles and food packaging and go single-use plastic free by 2022 ? https://t.co/zszyQttb9O pic.twitter.com/QFjxBaTc0v

Georgeham Primary School received the “plastic-free” accolade from Surfers Against Sewage, a marine conservation charity which campaigns to reduce plastic pollution across the globe. The school met “five crucial targets” by eliminating at least three single-use plastic items, replacing other items with materials that can be recycled, and participating in a “plastic audit.”

“By making relatively minor changes, such as replacing cling film for foil in the canteen we were able to significantly reduce our plastic use in the school,” headteacher Julian Thomas said. “We’re a small school but we think big and I’m very proud of everyone at Georgeham for what we’ve achieved.”

Last January, the government launched its 25-year Environment Plan to eliminate “avoidable” plastic waste by 2042. It also plans to introduce a tax on plastic that does not meet the requirement of containing at least 30 percent recycled content by April 2022.

Last month, the government announced that the 5p fee on single-use plastic bags would increase to 10p. The original tax proved to be effective, with researchers noting a 30 percent drop in plastic pollution. Over the summer, a UK-wide ban on microbeads in beauty products went into effect. Environmental secretary Michael Gove noted that it is just one move in the nation’s “fight” against plastic pollution.