Prisoners at HM Prison Dartmoor in Princetown looking for a meatless Christmas lunch and dinner will have the option of a vegan wellington.

Local news source the Plymouth Herald reports that the prison’s “lavish” Christmas day menu, obtained via the Freedom of Information Act, includes a starter, dinner, and sides. It begins with tomato soup and a bread roll, followed by the choice of five lunch options.

The wellington is the only vegan-friendly lunch option. From the choice of sides, prisoners may be able to pick Brussels sprouts with baton carrots. For a Christmas evening meal, there is a vegan-friendly flan that comes with a side salad, jacket potato, and coleslaw. 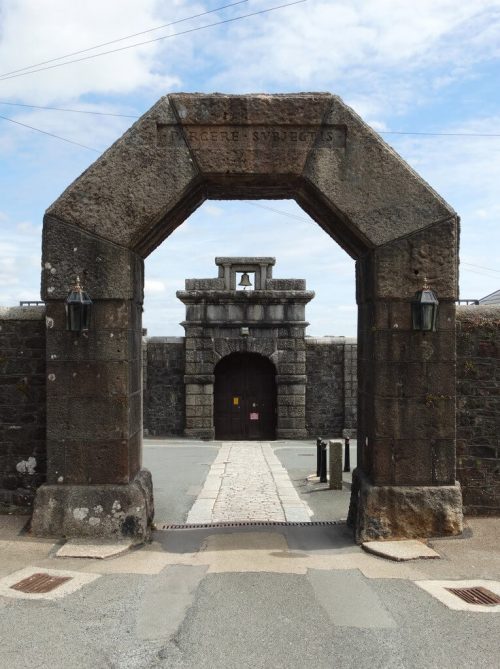 Prisoner access to plant-based food and cruelty-free products is considered a right, according to the Vegan Prisoners Support Group (VPSG). In August 2009, the Guardian reported that the group worked with the prison system to ensure that inmates would be able to order vegan-friendly food and toiletries through the canteen service. The change came after 15 years of lobbying for the prisoner’s right to gain access to food and products that are in line with their ethics.

As well as ensuring that inmates are able to buy goods from the canteen, the VPSG also provides free guides to prison caterers, including a Yuletide menu for the holidays. Its catering information guide, released in 2012 in collaboration with The Vegan Society, is available in all prisons throughout the UK. There is also a guide for prisoners on following a plant-based lifestyle while incarcerated.

Last July, The Vegan Society launched a new campaign called “Catering for Everyone,” aimed at raising awareness of prisoner’s rights and how staff can be an ally to those who are looking to live in accordance with their values or eat fewer animal products.

The organisation states in its guide that vegans are “protected under human rights and equality law,” adding that “this means that prisons have an obligation to ensure that they do not interfere with a vegan’s right to freedom of conscience, and a responsibility under the Equality Act 2010 to avoid any discrimination on the grounds of veganism.”

Additionally, The Vegan Society points out that plant-based food can be enjoyed by most people, so it deserves a stronger presence on prison menus.