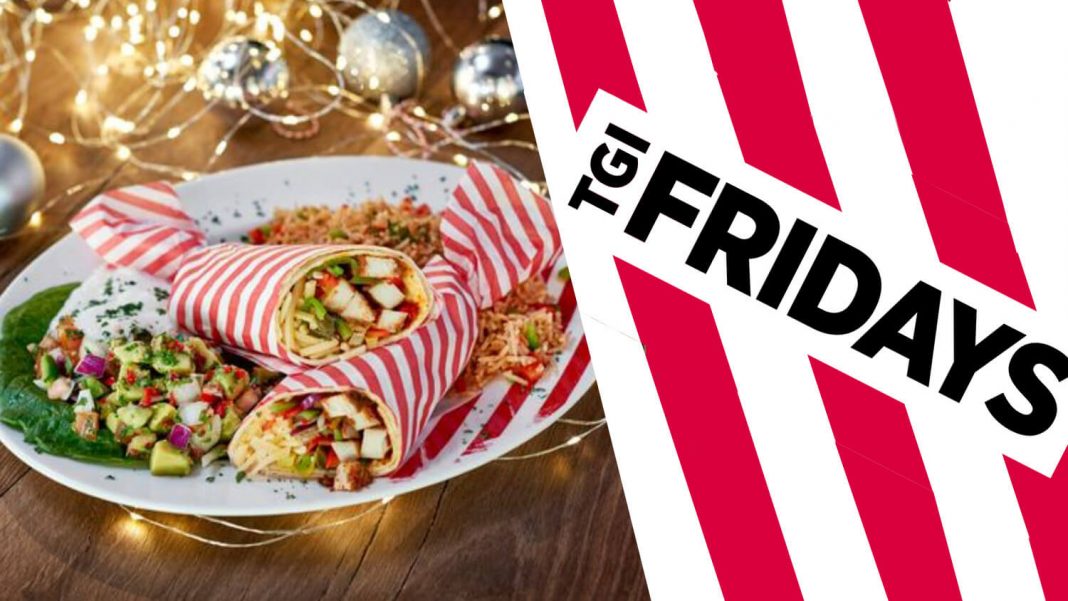 Guests who prefer meatless and dairy-free meals can start their dinner or lunch off with the Pomegranate & Avocado Houmous appetizer. The bean-based dip is “served with garlic ciabatta bread, tortilla chips, and topped with pomegranate seeds,” Birmingham Live reported.

For the main course, vegan customers can order the Festive Roasted Vegetable Fajitas. The dish’s roasted vegetables are “spiked with tequila and lime” and “served with a selection of dips and warm tortillas.”

Not surprisingly, the Christmas drink menu is full of sweet delights. Guests can order any of the following.

Customers who prefer to abstain from alcohol can order the Blueberry Blitzen Mocktail, which has blueberry and apple juice, sweet & sour, and elderflower. It’s topped with soda.

TGI Fridays has unveiled various vegan items recently. The chain sells the vegan Beyond Burger in all locations in the U.S. and in all Taiwanese TGI Fridays. In the UK, customers can order the Smoked Tomato Bruschetta, Roasted Veg Alfredo Pasta, Garlic Ciabatta Bread, Avocado Houmous, and a Garlic Veg Fajita.

“Fridays has always been on the cusp of new food trends in the UK, and we felt the time was right to put a focus on new vegan items on our menu to cater to the ever-increasing demand,” Terry McDowell, head of food and drink at TGI Fridays UK and creator of the new menu, told Get Surrey of the shift.