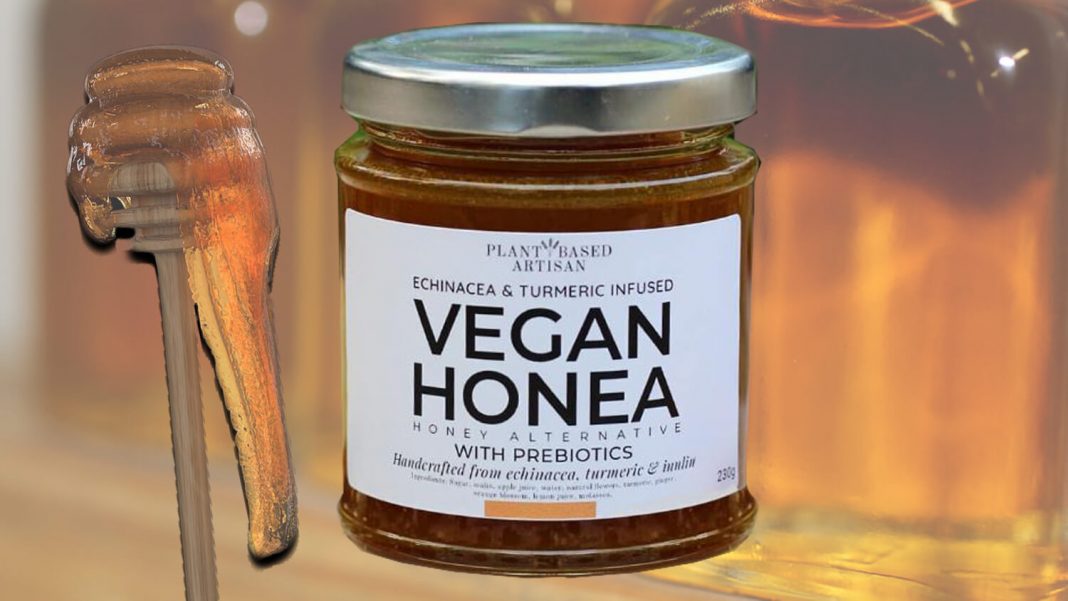 Selfridges has launched a new line of prebiotic-rich vegan honey by Plant Based Artisan.

The new line of bee-free honey – which comes in recyclable packaging – is part of a larger increase in the department store’s vegan offerings. According to The Grocer, Selfridges has recently increased its vegan options by 17 percent.

Available in three different flavors in Selfridges – Orange Blossom, Lavender, and Fennell – the vegan “Honea” is the first to be produced locally and ethically in the UK. It’s also packed with prebiotics, which are compounds that help to induce the growth and activity of the body’s beneficial microorganisms.

Recommended for pancakes, toast, breakfast cereals, and for vegan yogurt toppings, the “sumptuous” plant-based honey is made from a variety of natural ingredients, including sugar, apple juice, and natural flowers, according to Plant Based Artisan.

Our GIVEAWAY with @perkierfoods ends TODAY!. . . Go to the previous post and enter for your chance to win our three Honea flavour infusions and a box of Perkier quinoa bars! . . Good luck! ???

Although there has been some dispute over whether honey can be consumed by humans ethically, The Vegan Society believes that “honey is made by bees for bees, and their health can be sacrificed when it is harvested by humans.”

The society notes that in order for a bee to fill its “honey stomach,” the insect must collect nectar from up to 1500 flowers. In its lifetime, each bee produces only a twelfth of a teaspoon of honey, but the hive works as a team to ensure each bee has all of the honey it needs to survive. In order to harvest all the honey they can, beekeepers leave a sugar substitute in its place in the hive, which is not as healthy for the insects as their own nutrient-rich product.

Honey production comes with a significant environmental impact too, adds the Vegan Society. Due to the selective breeding process followed by beekeepers, the insects are vulnerable to diseases. These diseases can then be spread to other wild pollinators, which are relied on by humans and other animals alike to pollinate plants and crops. The UK’s consumption of honey also increases its carbon footprint, with 95 percent imported from countries like China and Turkey.

“Unlike bees, humans can thrive without honey in their diets,” says The Vegan Society. “Luckily, there are a whole host of readily-available vegan alternatives for those with a sweet tooth.”

Plant Based Artisan’s Honea is priced at £6 to buy directly from its website. In Selfridges, the new product will be available from the food hall.