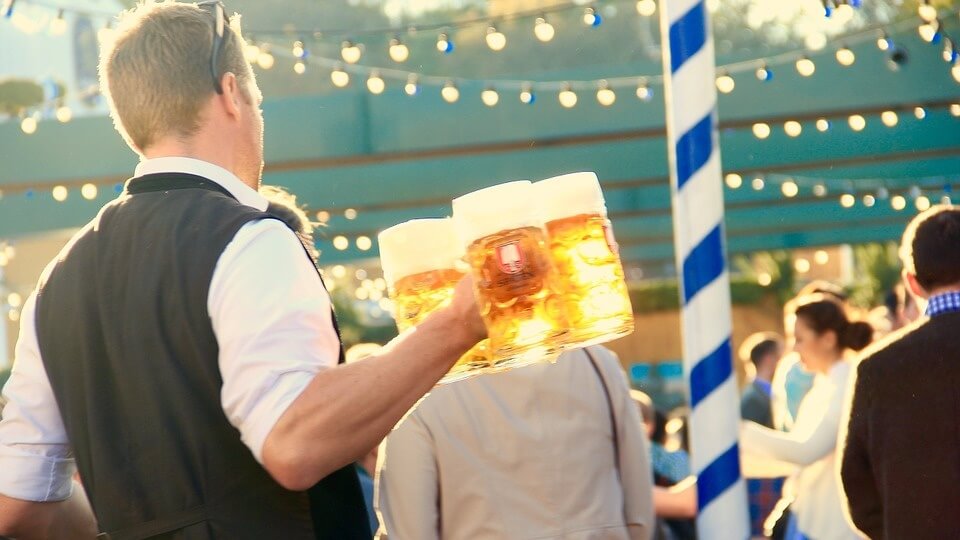 Globally renowned German festival Oktoberfest is known for its beers, brats, breads, stockings, and overall atmosphere. Traditionally, vegan food is not part of the celebrations. However, this year, London will play host to the UK’s first ever vegan Oktoberfest “Vegtoberfest” on October 6.

According to the event’s website, much like a classic Oktoberfest, the main attraction of the festival in Camden Town will be the food and the booze. “Vegan-friendly Bavarian beers will sit alongside a handful of local vegan craft ales, while vegan wines, mulled wine and hot and cold cocktails will also be available,” it states. The festival will also serve up a variety of veganized german classic snacks and dishes, such as giant pretzels with sweet and savory toppings, sausages, and pizzas.

“Vegtoberfest will serve a range of vegan Bratwurst and sausages with all the usual trimmings at the Brat Grill,” the website continues. “Vegtoberfest will also make use of Fest Roof Garden’s wood-fired pizza oven where a selection of vegan pizzas with Bavarian themes will be served.”

In the coming months, vendors and local London brands set to attend the event will be announced. Live music performances, comedy acts, and a traditional Bavarian Oompah Band will also take part in the festivities.

London is quickly becoming a mecca for vegan events. Vegstock, London’s first vegan music festival, will take place a month prior to Vegtoberfest at The Piano Works. Further, Brick Lane’s night market Vegan Nights is organizing a special four-week vegan festival, V For, which will take place over the month of August.

London is also home to many vegan and vegan-friendly restaurants. By Chloe, an international vegan fast-food chain, opened its second UK location in London in June. Plant-based Royal Roast and Fish N’ Chips are among some of the classic British meals served at the restaurant. Further, the city’s first vegan Chinese flair restaurant, Mao Chow, expanded its menu in June. The eatery now serves up vegan deviled eggs, lamb flat wrap, blood sausage, red braised pork, and sashimi. Vegan pop-ups are also a growing trend for many non-vegan restaurants, including the chic new event, Dirty Vegan by Dirty Bones.