Norwich topped the list of the most vegan-friendly cities in the UK according to a new study.

A number of factors were taken into consideration for determining the nation’s most vegan-friendly city. Nisbets, a British retailer of catering equipment and supplies, examined the number of searches for vegan and vegetarian restaurants in top cities and cross-referenced it with the number of plant-based eateries in the area.

Norwich topped the chart, with 2,094 people per vegan or vegetarian restaurant, Metro reports. Edinburgh and Glasgow placed second and third, followed by Newcastle and Bristol with Nottingham placing tenth. London’s growing vegan scene didn’t help its ranking, with the city placing at number 11 on the list. 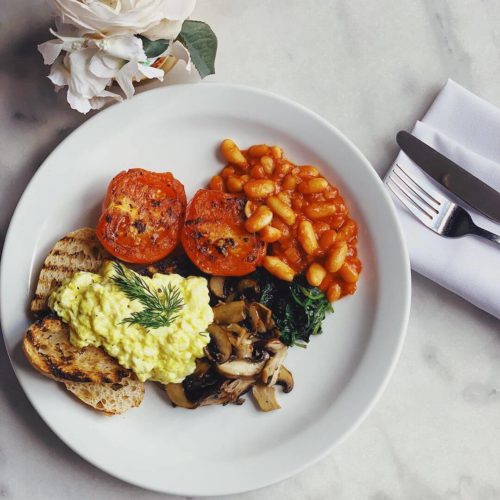 According to HappyCow — a resource for vegan and vegetarian-friendly restaurants — options in Norwich include vegan Indian food, Middle Eastern dishes, and comfort food like pizza. The Tipsy Vegan puts a modern plant-based spin on pub food with burgers, burritos, and pasta. Loving Hut, Norwich’s top-rated restaurant on HappyCow, offers an Asian-inspired buffet.

The study uncovered additional facts about Brits’ changing eating habits. Flexitarian diets — where people try to eat fewer animal products — are becoming increasingly popular, with 2.7 million saying they eat this way. The number of vegans and vegetarians is higher, representing 6.5 million people. About 5.8 million Brits visit vegan or vegetarian restaurants at least once a week. Some of the most popular dishes include vegetable curry, vegan mac and cheese, and tofu scramble.

Both restaurants and supermarkets are experiencing a plant-based boom, according to a study from global data research firm Mintel. The UK was the world leader in vegan food launches last year. Many taking the flexitarian approach to eating said that recent news surrounding animal agriculture’s impact on the environment convinced them to adopt new eating habits. Additional research shows that there was a 237 percent increase in vegan restaurant options last year.