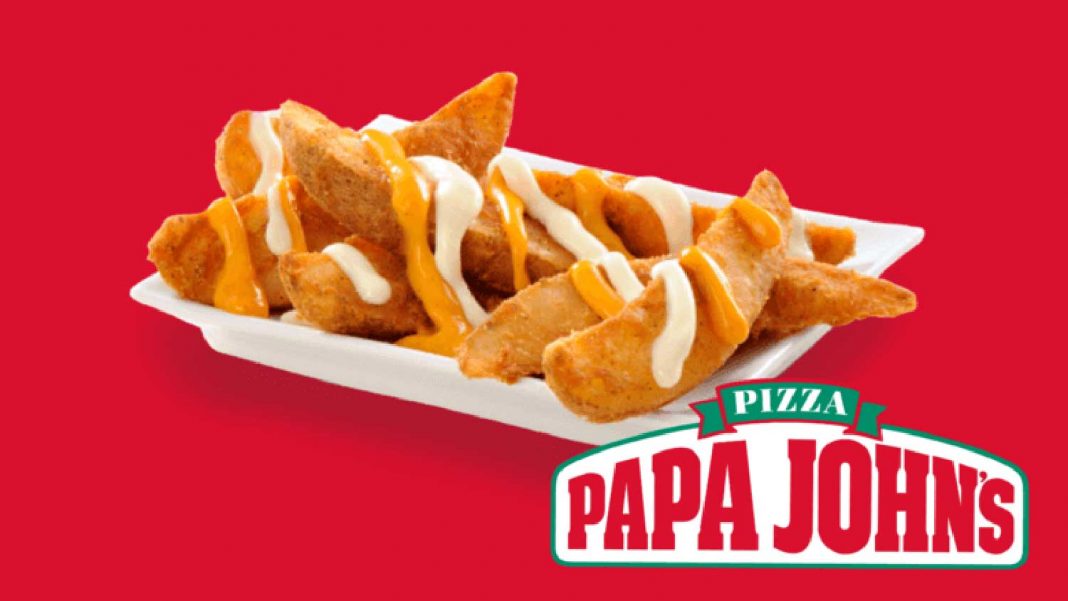 Papa John’s already offered oven baked Crinkle Wedges, however, up until now, any other variation on the menu item has included animal products.

Like its three new plant-based pizzas — a classic margarita, Garden Party, and Hot Pepper Passion — the new wedges are topped with dairy-free Sheese by Scottish brand Bute Island Foods. The chain also offers Vegan Sheese and Marmite Scrolls as a side option.

The Sheese® Returns! ? The dairy-free #vegan cheese is back on the menu in select stores!

Up until January of this year, Papa John’s didn’t offer any vegan options. Although demand from consumers was high, and an online petition launched by animal rights organization Animal Aid — asking the chain to update its menu to include more dairy and meat-free options — had nearly 30,000 signatures.

After the news surfaced that the chain was considering launching vegan options, the campaign manager for Animal Aid Todd Bradbury said, “by adding vegan cheese to their menu, Papa John’s will be showing that they are up to date with the fast-growing vegan movement.” He continued, “We hope that Papa John’s decision [has] a positive effect on their sales.”

Fast forward to the present, and Papa John’s venture into the vegan food industry is paying off. In fact, after one day of offering vegan pizza, the chain sold out nationwide.

It posted on Twitter, “Omg! Vegan Sheese is a big hit! We are almost out of stock within a day! Thank you for such an overwhelming response! If you didn’t manage to order you [pizza], don’t worry! We are stocking up as soon as possible!”

Vegan Pizza is Taking Over the UK

Papa John’s isn’t the only pizza chain in the UK to launch new vegan options.

Pizza Express and Pizza Hut have also added new plant-based menu items in recent months. The latter added a jackfruit topped pizza in January which was intended as a limited edition option, however, demand was so high that in February it announced the pizza was becoming a permanent addition.