He was joined by his H2O bandmates along with vegan celebrities Moby, No Doubt bassist Tony Kanal, Kat Von D, and her partner and Prayers vocalist, Leafar Seyer.

“There’s a lot going on here.. punk rock vegan bday for @tobymorse with @tonykanal @timtimebomb @prayers @thekatvond @rustypistachio @toddsplanet @adamblake007 and also up there in the corner @jessicachastain who we were all too scared to actually talk to. Hooray Los Angeles,” Moby wrote on Instagram.

Morse spent part two of his birthday at Crossroads Kitchen in LA, owned by vegan chef and author of the New York Times bestselling cookbook, “The Conscious Cook,” Tal Ronnen.

Who Is Toby Morse?

Morse is the only vegan in H2O, but his bandmates — Adam Blake, Rusty Pistachio, his older brother Todd Morse, and Colin McGinnis — have been vegetarian since 1988. Morse has been vegan since 1987, according to a 2016 interview with French music site Purebreak Musique Mag. From 2006 to 2010, the Massachusetts native was nominated for peta2’s “Sexiest Vegetarian Alive” competition.

Morse has also been straight edge his entire life, but has revealed in interviews that hearing the song “Straight Edge” by the band Minor Threat at age 13 is what inspired him not to do drugs or drink alcohol.

There’s a lot going on here.. punk rock vegan bday for @tobymorse with @tonykanal @timtimebomb @prayers @thekatvond @rustypistachio @toddsplanet @adamblake007 and also up there in the corner @jessicachastain who we were all too scared to actually talk to. Hooray Los Angeles. #xvx #vegan #animalrights

In 2009, Morse founded One Life One Chance, a nonprofit organization that speaks to elementary, middle school, and high school students about healthy life choices, self-respect, integrity, being a leader, and leading a drug-free lifestyle.

The vegan father-of-one, who lost his dad at age three, was raised by his mother, who worked multiple jobs to support him and his two siblings. He speaks to kids and teenagers nationwide about his experiences and how he’s overcome negativity in his life.

“My thing is prevention, not intervention,” Morse said in a 2011 interview with Punks in Vegas. “I don’t have any experience with how drugs affected me because I never did them. Some of the kids in these high schools have way more experience with partying that I did. I’m not judging or preaching to anyone.” 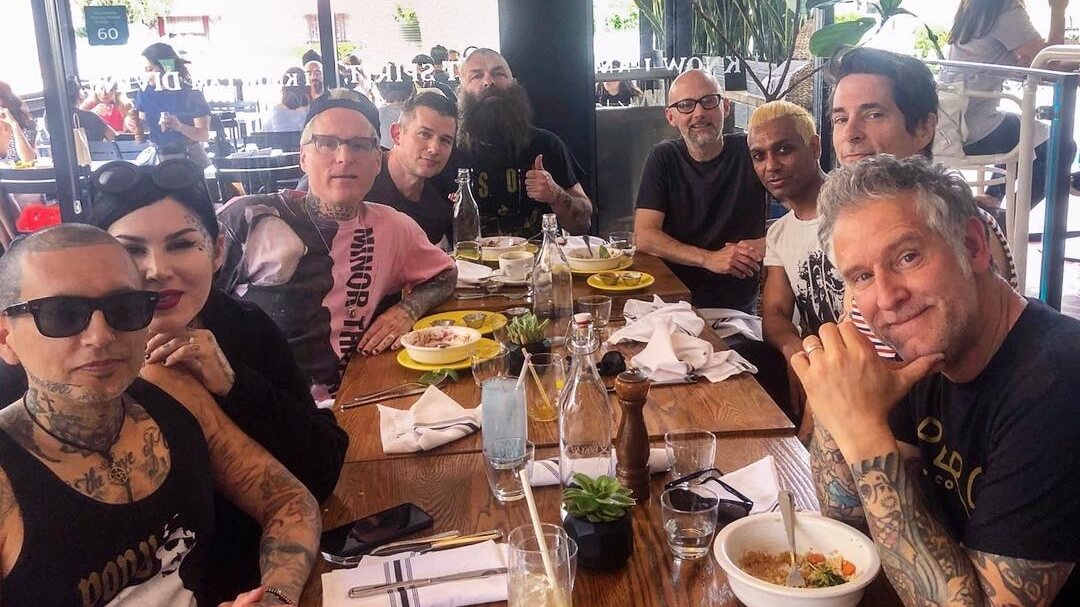