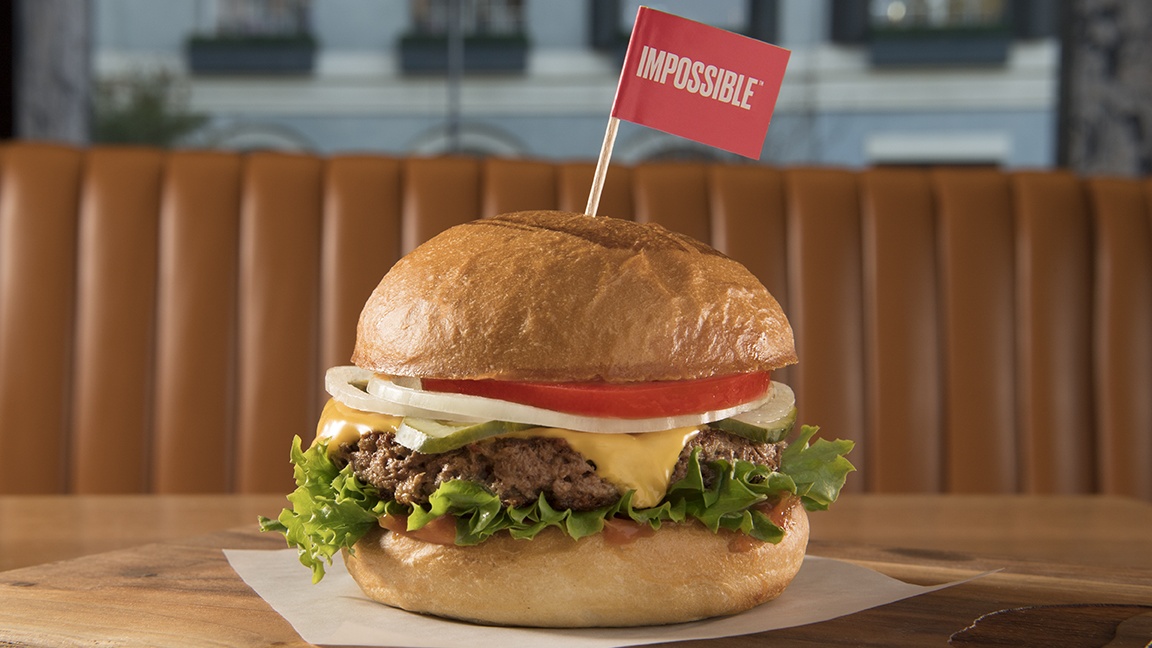 As part of the new deal, the California-based company’s flagship product, the Impossible Burger, will be the only plant-based burger served at Umami Burger’s 22 locations across the country. Additionally, SBE, parent company to Umami Burger, will also exclusively serve the Impossible Burger as its plant-based burger option at the Delano Hotel and Beach Club resort in southern Florida. Whilst a previous version of the burger was vegetarian, Umami Burger now offers it with buns free from animal products.

“Umami Burger and Delano Hotel South Beach are thrilled to continue to drive culinary innovation with our partner Impossible Foods with new products for the market and our guests,” Sam Nazarian, Founder & CEO of SBE, said in a statement.

“We are excited to continue building a stronger relationship with Impossible Foods – bringing the plant-based meat to the domestic Umami Burger locations and to our award-winning Delano South Beach food and beverage program,” Nazarian continued.“SBE’s Culinary Innovation Lab – headed by our Chief Culinary Officer Martin Heierling with the incredible team at Impossible Foods – will continue to collaborate to create new unique options for our customers.”

Designed to appeal to omnivorous consumers with its realistic meaty texture, the vegan Impossible Burger has seen tremendous growth over the past year. It is now served at 140 White Castle locations, where it has been dubbed “one of America’s best fast-food burgers” by esteemed food critic Ryan Sutton. Last April, it made its international debut at select restaurants in Hong Kong — this was only the beginning of the brand’s plan to take the meat-free burger global.