Global consumer goods giant Unilever has purchased Dutch vegetarian and vegan meat brand, The Vegetarian Butcher. The move will give the vegan meat brand access to a distribution network in 170 countries.

The Guardian reports that Unilever bought The Vegetarian Butcher – which makes plant-based meat such as no-chicken chunks and nuggets, meatless burgers, and veggie bratwurst – for an undisclosed amount. Its products can be found in 4,000 outlets across 17 countries, including the Netherlands, the UK, France, Japan, Germany, and Greece.

According to Nitin Paranjpe of Unilever, The Vegetarian Butcher’s “clear mission,” along with the rising meat alternative market, are part of what sparked the buy. It is also part of Unilever’s effort to offer healthier, plant-based, and sustainable options. The company already offers 700 vegan and vegetarian products through its brands, which include Ben & Jerry’s, Knorr, Hellmann’s, Magnum, and Cornetto. 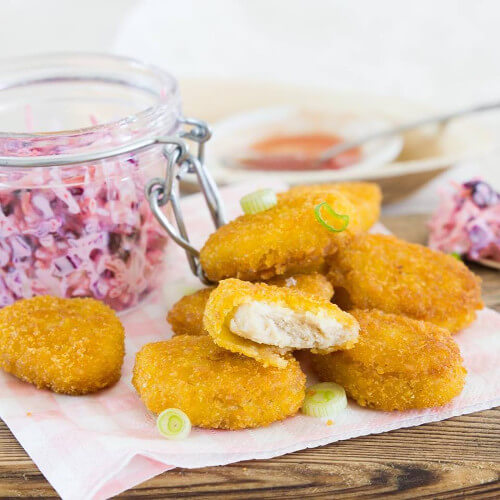 “The brand will fit in well within our portfolio of ‘brands with purpose’ which have a positive social impact [and] are better positioned to meet the needs of consumers,” said Paranjpe.

The Vegetarian Butcher was founded in 2007 by former ninth generation cattle farmer, Jaap Korteweg, who switched to a vegetarian diet after seeing the effects of swine flu and mad cow disease.

The brand’s meatless options are favored by many for having a realistic taste and texture – and Korteweg is dedicated to his art. He spent seven years developing the recipe for a vegan smoked sausage – the longest product development in the company’s history -, which launched last August. While the company had made both plant-based and vegetarian meat since its founding, Korteweg revealed last September that he is working to make the range fully vegan by 2019.

“We want to conquer the world. It is our mission to make plant-based meat the standard. This acquisition will help to accelerate our mission,” Korteweg said.

Korteweg believes that we are living at a time where there is a “big transition from animal to vegetable meat.” According to a report from Coherent Market Insights, the global vegan meat market is expected to surpass $6.5 billion within the next seven years.

The market isn’t driven by vegans alone. A survey in the UK revealed that 52 percent of Brits are eating more plant-based food. Millennial and Gen Zers appear to be motivated by animal ethics and environmental concerns while the majority make the effort for health.