Unilever has announced a $1.2 billion sales target for vegan food over the next five to seven years. This represents a fivefold increase from this year’s $240 million estimate.

The ambitious target is part of Unilever’s “Future Foods” initiative, which caters to the growing demand for healthier food. In addition to this, it will help the consumer goods giant reduce its carbon footprint across its supply chain. Unilever also aims to halve food waste in its direct global operations by 2025.

“It’s not up to us to decide for people what they want to eat. But it is up to us to make healthier and plant-based options accessible to all,” Hanneke Faber, president of Unilever’s foods and refreshment division, said in a statement. 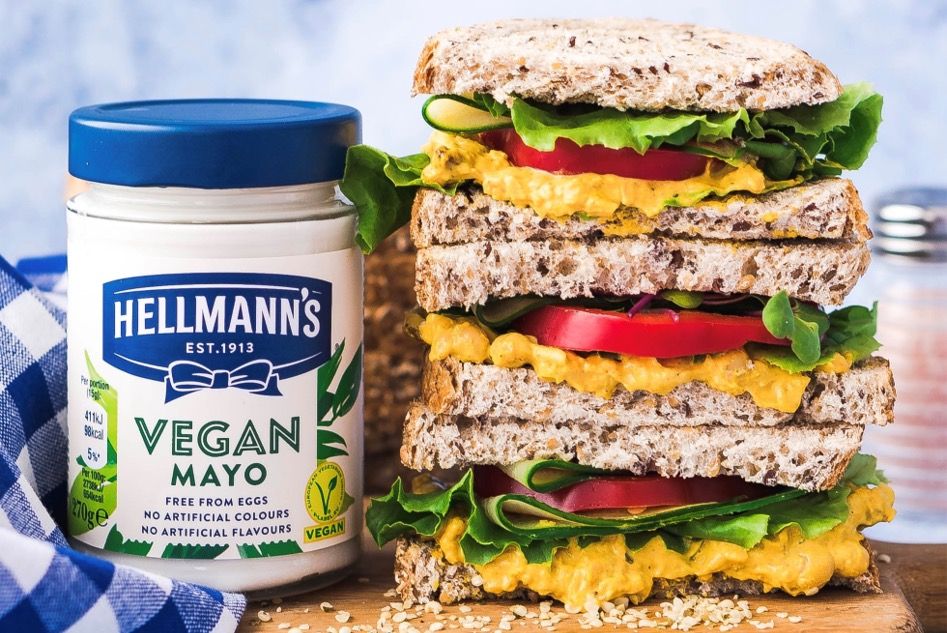 Unilever is meeting the demand for plant-based foods with vegan versions from its signature brands, including Hellmann’s. | Unilever

According to projections from GlobalData—a leading data and analytics company—global retail consumption of meat-free products has grown by 8 percent this year, totaling a cumulative value of $5.1 billion. Recent surveys suggest that the ongoing coronavirus pandemic has only raised the priority of sustainability and ethics in consumer choices.

“It seems as if the pandemic has really driven consumers everywhere to consider what they’re eating. Unilever’s latest ‘Future Foods’ initiative is set to appeal to the numbers of consumers who may attempt to reduce meat and dairy and reduce the impact of consumption on the environment,” Ryan Whittaker, Consumer Analyst at GlobalData, said in a statement sent to LIVEKINDLY.

“There are a number of upcoming technologies that will align with these new consumer demands,” Whittaker continued. “New proteins from plants and fungi present new routes into this space. As health concerns often overlap with environmental concerns COVID-19, it is smart to pursue products that can provide both.”

The Anglo-Dutch company has increased plant-based options across several of its brands, including Hellmann’s, Magnum, and Ben & Jerry’s, in order to tap into the rising flexitarian consumer base.

In late 2018, Unilever acquired meat-free brand The Vegetarian Butcher, signaling the acceleration of its portfolio into more plant-based foods. The company supplies Burger King’s plant-based Rebel Whopper and nuggets throughout Europe, the Middle East, and Africa.