United Airlines announced it has stopped selling tickets to SeaWorld. The major American airline, which is headquartered in Chicago, removed any trace of the theme park from its website following animal cruelty concerns.

United Airlines made the move away from SeaWorld following pressure from PETA, the largest animal rights organization in the world.

Virgin Holidays no longer sells tickets to parks which keep dolphins and whales captive, including SeaWorld and Discovery Cove. 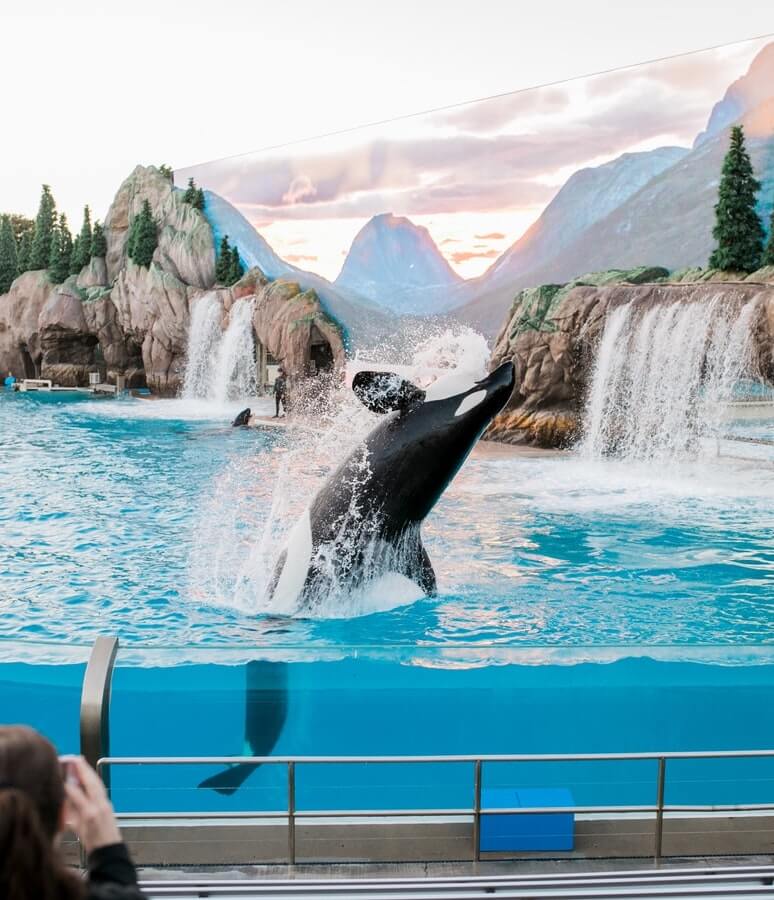 SeaWorld has come under fire for its treatment of marine animals. PETA points out on its website that orcas can swim up to 140 miles in a day in the wild. An orca at SeaWorld would need to swim 4,000 laps around its tank to reach its natural swimming needs.

Bottlenose dolphins can swim up to 60 miles a day and dive nearly 1,500 feet underwater. At SeaWorld, 140 of them are kept in just seven small tanks, PETA says.

Orcas typically live for 50 to 80 years in the wild, according to National Geographic. SeaWorld has had more than 40 orcas die under its care, at an average age of 14.

“United Airlines made the right call to cut ties with a park that confines orcas and other dolphins to concrete tanks that, to them, are the size of bathtubs,” PETA Senior Vice President Lisa Lange said in a statement. “SeaWorld is still breeding generation after generation of dolphins to be ridden around like surfboards in sea circus shows, and PETA urges anyone who cares about animals to stay away.”