The major American airline — which distributes around 55 million meals a year — announced the new plant-based additions at its Flight Plan 2020 event in Chicago.

According to CNBC, the airline has overhauled its menu in a bid to “prove its new image as a carrier committed to its customers.” It is also trying to “keep up with evolving food trends.”

This year, the airline began offering new gluten-free meal options. Next year, one of its primary focuses will be adding vegan food options. Red beet hummus with roasted veg, roasted curry cauliflower, and a vegan stuffed grape leaf with dolma infused yogurt will feature on the new menu.

Gulli McLoughlin — United Airline’s executive chef since 1985 — maintains that the airline is always trying to improve its in-flight meal options. He told CNBC, “Back [in 1985] I didn’t think the meal service would ever be where it is now. Travelers wanted to get from point A to point B.”

He explained that now, people care more about airplane food. “Cable TV and the Food Network have put excitement into food and made it fun. A lot of our customers are very food-savvy,” he continued. 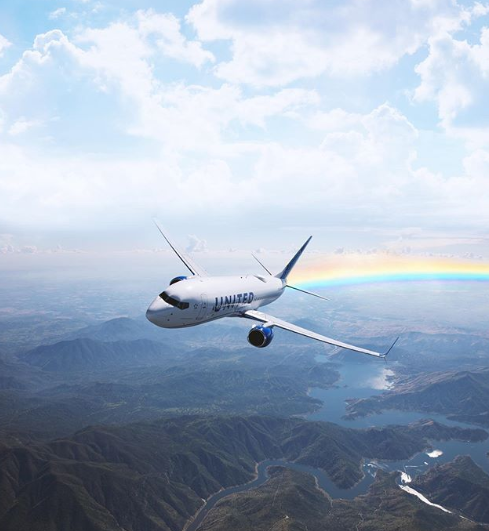 Earlier this year, it listened to views on SeaWorld, removing all traces of the marine park from its website following animal cruelty concerns. In 2013, after listening to concerns from animal rights groups, it stopped transporting animals for lab research.

It isn’t the only airline making compassionate changes. British Airways, WestJet, and Air Canada have all cut ties with SeaWorld.