Animal activists are suing the U.S. Department of Agriculture (USDA) over its factory farm policies.

The Humane Society of the United States (HSUS)—an animal rights organization—filed the lawsuit earlier this month. It alleges the USDA has failed to properly regulate the factory farming industry.

This increases the risk of the “development and spread of highly pathogenic zoonotic diseases,” like bird flu.

“Five years ago, seeing the threat of potential disease outbreaks based on farm animal to human transmission, we asked APHIS to consider how its Highly Pathogenic Avian Influenza control plan could help prevent the development and spread of bird flu,” HSUS said in a statement.

“The HSUS suggested a plan that would incentivize producers to give animals room to move naturally, instead of the industrialized norm which often involves cramming birds into cages,” the group added.

It continued: “Giving animals more space would reduce the risk of mutation and spread of disease. But APHIS went in another direction. [Its plan] essentially subsidizes the extreme confinement of animals that causes the threat in the first place.” 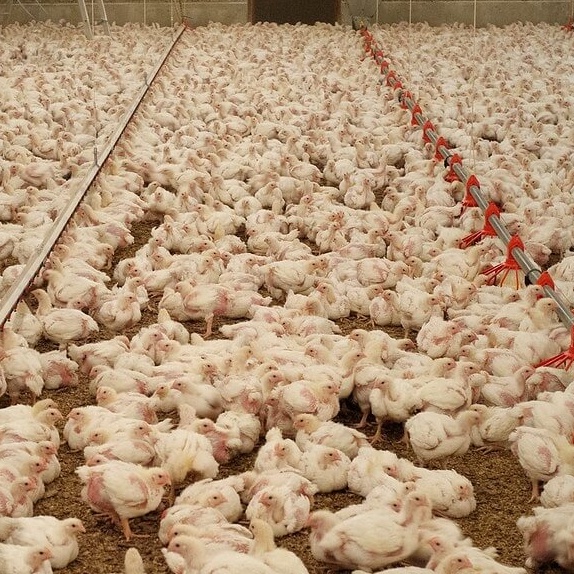 The HSUS is suing the USDA over conditions in factory farms.

Zoonotic diseases like influenza and the novel coronavirus (COVID-19) can spread easily on factory farms due to overcrowded, unsanitary conditions.

“While the COVID-19 pandemic likely resulted from a wildlife market and the wildlife trade, prior deadly and costly outbreaks of pathogenic illness in the global food chain have been linked to farm animals,” HSUS said.

The lawsuit says “preventing both the creation and spread of highly infectious and lethal disease is of paramount importance. [It] should be a top priority for the federal government.”

In order to prevent influenza outbreaks, the HSUS encourages the government to ban the intensive confinement of caged chickens. It says cage-free practices will “give the birds dramatically more space and ability to engage in healthy, natural behaviors.“