The company announced it would discontinue using the material by the end of 2021. This follows the release of an exposé by animal rights organization People for the Ethical Treatment of Animals (PETA).

The “first-of-its-kind” undercover investigation exposed instances of animal abuse on Malkini alpaca farm in Peru. The privately-owned farm is the largest of its kind in the world.

“PETA’s investigation pulled back the curtain on violent shearing that leaves alpacas bleeding and crying out,” PETA’s Executive Vice President, Tracy Reiman, said in a statement.

“Valentino’s compassionate decision will go a long way in helping to prevent vulnerable alpacas from being abused and shorn bloody for their fleece,” Reiman said. 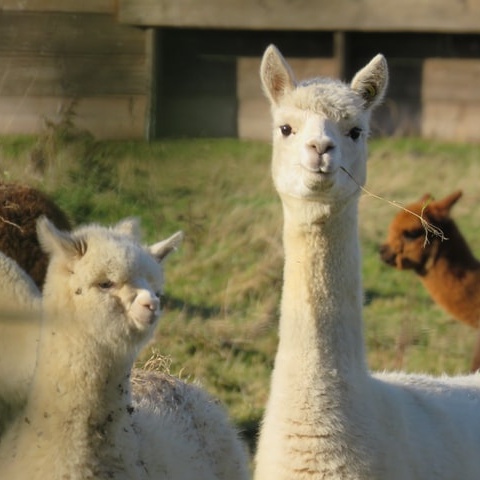 Valentino joins a number of other fashion retailers in banning alpaca wool.

Valentino joins a number of other retailers in banning alpaca wool.

In June, Espirit announced it would phase out the use of alpaca wool in its products.

The following month, Uniqlo—the third-largest clothing retailer in the world—also banned the material in all of its 2,200 stores. The company previously banned mohair, a fabric made from the hair of Angora goats, after talks with PETA.

H&M Group, which owns eight brands, as well as Gap Inc.—which owns a number of brands, including the Banana Republic and Athleta—cut ties with Mallkini’s parent company, the Michell Group.

In a statement, the Michell Group said the exposé shows “unacceptable mistreatment practices carried out by negligent shearers, which go against the established procedures for shearing [at its] farm.”

Reiman said: “[We] are calling on consumers to leave these cruelly produced items on the rack.”

“Kind shoppers can do their part by steering clear of alpaca fleece and opting for chic, PETA-approved vegan clothing that no animal had to suffer for,” Reiman added.