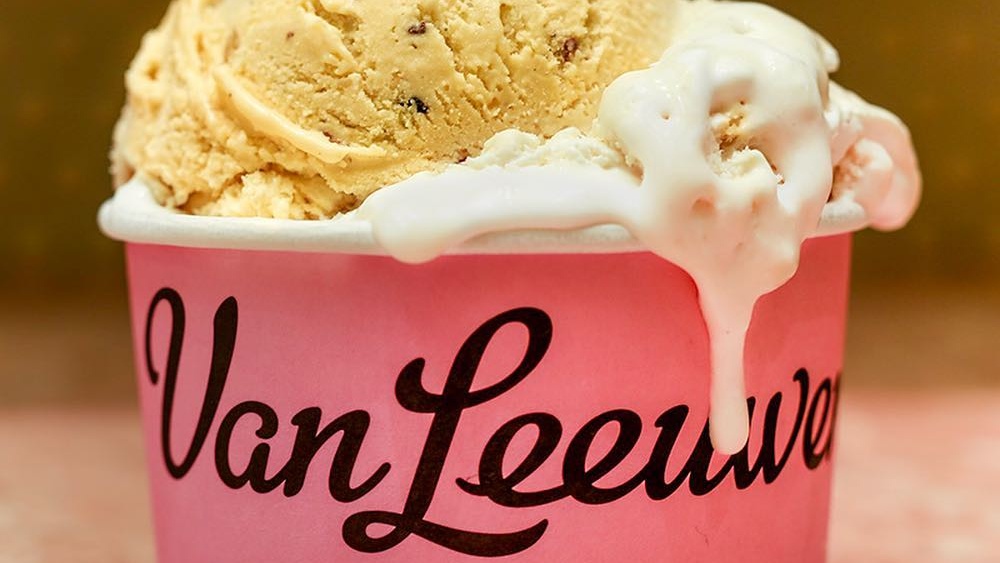 Brooklyn-based artisanal ice cream brand Van Leeuwen is going nationwide. FoodNativator reports that Van Leeuwen, whose vegan ice cream has a strong cult-like following among its customers, has just closed a Series A minority investment round led by Strand Equity.

Van Leeuwen will use the funding to grow its retail and wholesale businesses. While the brand itself is not vegan, its nondairy ice cream flavors have built a strong following among vegans, vegetarians, and omnivores alike since the range launched in 2014. This is thanks to a dense, cashew-coconut cream base that provides a texture akin to premium dairy ice cream, a sign of the company’s commitment to making a high-quality product.

“We didn’t [make vegan ice cream] for a few years because we never wanted the vegan to be an afterthought,” said Van Leeuwen co-founder and co-CEO, Ben Van Leeuwen.“When we decided to do the vegan, the goal wasn’t to make a really good vegan ice cream, it was to make an exceptional ice cream that happens to be vegan.”

“We didn’t anticipate it being a huge part of our brand and right now 40% of the menus [and pints] in our stores are vegan,” Van Leeuwen continued. The brand’s dairy-free ice cream options are such a hit that each scoop shop proudly boasts “Ice Cream & Vegan Ice Cream,” below the logo.

In addition to offering plant-based ice cream, Van Leeuwen deviates from other vegan-friendly ice cream shops by offering dairy-free, housemade coconut whipped cream and chocolate sauce as toppings and vegan brownies and cookies for sundaes and other treats.

Let the birthday celebrations begin! ???? We’re kicking our 10 year birthday festivities off with two very special ice creams. First up: Vegan Passionfruit ??? First we blended a HUGE dose of real passionfruit into our vegan coconut & cashew base. Then we folded in naturally colored pink and purple almond cake pieces along with chunks of our beloved housemade matcha green tea cake to create a colorful scoop that matches our buttery yellow and multi-color spotted ice cream trucks, where it all began! ??? You can find it right now at all our NYC shops & this flavor will be landing at our 3 LA shops very soon! ???

“We are immensely proud and fiercely protective of the business we have built,”  said Laura O’Neill, co-founder and co-CEO of Van Leeuwen Ice Cream. The company got its start in 2008 as a small, yellow ice cream truck serving customers in Brooklyn’s Greenpoint neighborhood. O’Neill and Van Leeuwen were approached by Whole Foods Market on the day of the launch and six months later, launched its ice cream in stores. It is currently available in 700 stores across 25 states.

“We have grown Van Leeuwen by being scrappy, lean and always in pursuit of perfection, never compromising the integrity of our products or brand DNA,” O’Neill continued.“Until now, we have done so without outside funding and took our time to find a partnership that felt just right.”

“Van Leeuwen is an iconic Brooklyn brand with a cult-like following of loyal consumers who enjoy its innovative-yet-accessible ice cream,” said Strand Equity Co-Founder and Managing Partner, Seth Rodsky, in a statement. “We are thrilled to partner with Van Leeuwen and are excited to help the Company execute on its mission of serving the highest-quality ice cream to customers everywhere.”

With its strong emphasis on providing a wide range of vegan ice cream, Van Leeuwen is set to capture the rising consumer demand for dairy-free. According to data released last November, the global nondairy ice cream market is set to reach $2.45 billion within the decade.