“I spent a year travelling to food-innovative places in Europe and the US seeing how technology was able to serve healthy food in ways we’d never seen before,” Dennis said in a press release. He continued, “I knew I had to bring some of that home to Vancouver.” 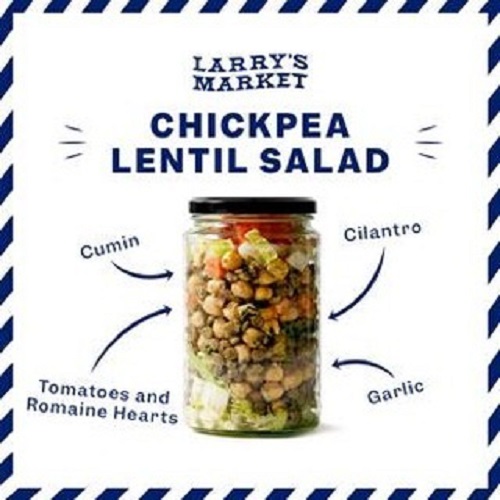 The Larry’s Market Express concept is similar to that of Alpaca Market in Austin, Texas. “We’re trying to disrupt the current food paradigm and the misconception that it’s hard to eat healthy when you’re busy,” co-founder Joe Kerby told the Austin Chronicle last April.

Elsewhere in Vancouver, a 24-hour vegan vending machine has opened up shop in the Lions Gate Hospital. It’s the work of The Green Moustache, a vegan café mini-chain. It’s stocked daily with plant-based food like collard veggie wraps, bowls, and salads, plus sweets like dairy-free cheesecake.

Green Moustache co-founder Nicolette Richer explained to Pique News that the vegan vending machine gives staff access to healthier meals: “They have to rely on the one or two restaurants that might be open in the community, which often results in gas-station food and things like that.”

According to Dennis, the feedback for Larry’s Market Express is positive.

“[P]eople have been asking for it in hospitals, businesses, and in more retail spaces. Expect to see more of our machines around Vancouver very soon,” he added.

The Larry’s Market grocery store is expected to open in North Vancover’s Shipyards this spring.