Updated May 25, 2019. UK-based brand VBites launched vegan cheese that melts and stretches like the real thing.

VBites owner Heather Mills purchased a 200,000 square foot factory earlier this year to expand production, followed by the purchase of a 385,000 square foot facility in Newcastle. “This is now my third factory purchase in the north-east to help bring more employment and expand the plant-based meat, fish, and allergen free dairy alternative industry as well as micro algae and vegan make up,” Mills said in a statement. 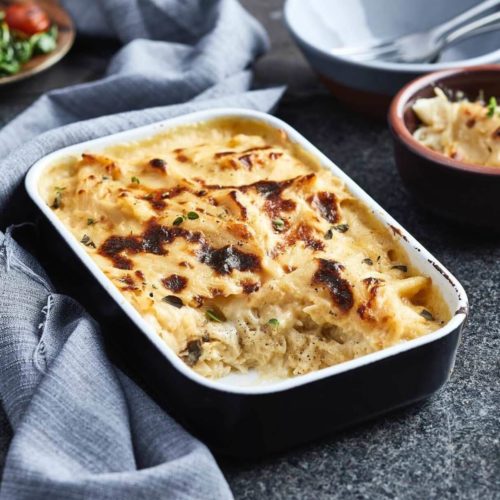 VBites’ launched vegan cheese that melts in the UK

More people than ever are searching for vegan versions of their favorite dairy food due to the health, ethical, and environmental implications of dairy.

Recent research found that, in the past two years, nearly 30 percent of 18 to 24-year-olds in the UK reduced or cut their dairy consumption.

Other research found that 48 percent of dairy-drinking Americans are now buying both cow’s milk and plant-based milk.

As a result of shifting appetite, vegan cheese brands are seeing growing success. Dairy-free company Violife recently appeared in the top 20 list of best-selling cheese brands, marking the first time a nondairy food has found a place in the list of most successful cheeses. The same brand just launched its first television campaign, which was also one of the first vegan ads to appear on mainstream television.

VBites’ new vegan cheese is available in the UK from Morrisons or through the website.