Dubbed Plant-Based Valley, factory was formerly owned by consumer goods giant Procter & Gamble. It closed down shortly after being purchased by French beauty firm Coty in 2017, resulting in the loss of more than 400 jobs, as reported by the Chronicle Live.

Mills’ £6 million move to buy the factory for plant-based food brand VBites, which manufactures vegan meat, fish, and dairy-free cheese, could result in the creation of hundreds of new jobs for the local area.

“This is now my third factory purchase in the north-east to help bring more employment and expand the plant-based meat, fish, and allergen free dairy alternative industry as well as micro algae and vegan make up,” Mills said in a statement. 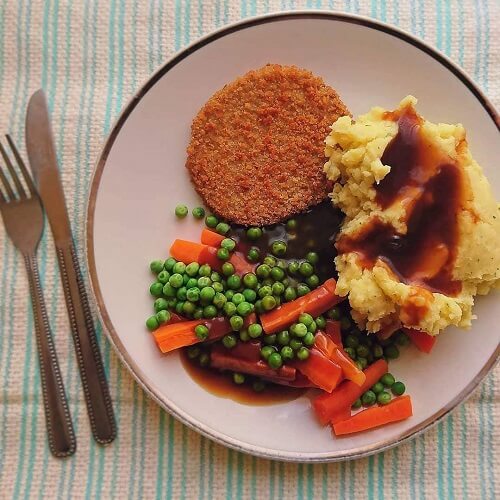 Since last summer, Mills has purchased empty factories with the aim of growing VBites’ business and reinvigorating the local economy. She bought a former Kellogg’s cereal factory last July. In November, she purchased an empty Walkers crisps factory in Peterlee, which will create 300 new jobs.

“This recent purchase of a factory that has been sitting empty for nearly 2 years will mean it will bring more jobs to the region and we can incubate all of our VBITES Ventures investments to help them scale up, manufacture, distribute and sell in 24 countries around the world,” Mills continued.

Mills has been passionate about helping sustain the economy in the face of Brexit and is a strong advocate for supermarkets supporting British businesses.

“I am hoping that the supermarkets and food service industry will support British manufacturing in these difficult times,” Mills added. “And Britain can unite to become a booming country in the food and beverage sector.”