Mills wears many hats, and the VBites project is just one of several acclaims. She is a Paralympic Ski Racer, World Record Holder as the “Fastest Disabled Woman on the Planet,” animal advocate, successful businesswoman, and entrepreneur. She launched VBites in 2009 as a “plant-based vegan ethical food company;” its products are now sold in 24 countries.

VBites is known for its vegan dairy, meat, and fish products, with more than 100 options and more in the works. Mills is a firm believer in collaboration over competition and decided to create VBites Ventures to foster other small businesses in the plant-based space. Both Mylkman, a nut milk delivery company, and Fit Delis, a natural supplement brand, are recipients of VBites Ventures’ support. LoveSeitan is now joining the team. 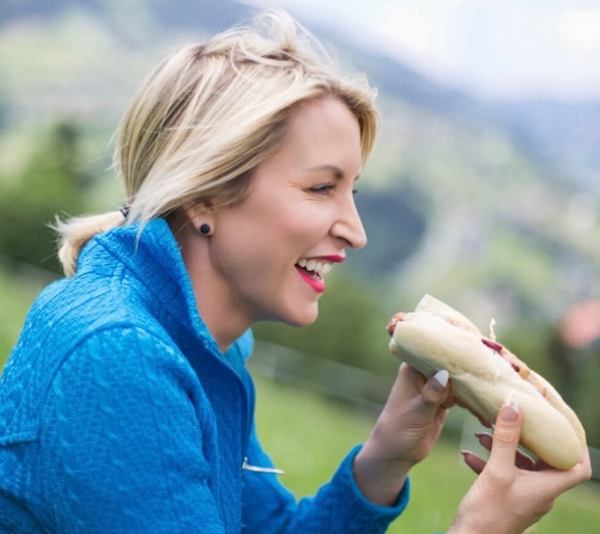 This new investment will allow LoveSeitan to utilize VBites’ manufacturing facilities to scale up production and increase distribution throughout the UK and internationally. At the investment closing ceremony, Mills said, “This is another really exciting investment for me. I have always had a secret recipe for seitan and, usually, when I try other people’s, it’s just awful. I met Steve and Nick last year and tried theirs, and was blown away. They have absolutely nailed it.”

Seitan is a dense protein product made from vital wheat gluten, and it is a popular substitute for meat due to its hearty, chewy texture and ability to take on flavor. According to VBites, seitan has been around for centuries, but it is just starting to gain recognition with mainstream consumers.

LoveSeitan products come in eight flavors, from Classic to Smokey Dokey, Curry & Coriander to Flaming Fajita. It is currently only available through the LoveSeitan website, but with VBites’ backing, it hopes to launch in stores in the future.

VBites Ventures is open to other companies as well. Vegan small businesses and entrepreneurs are encouraged to apply to the incubator program on the company’s website.