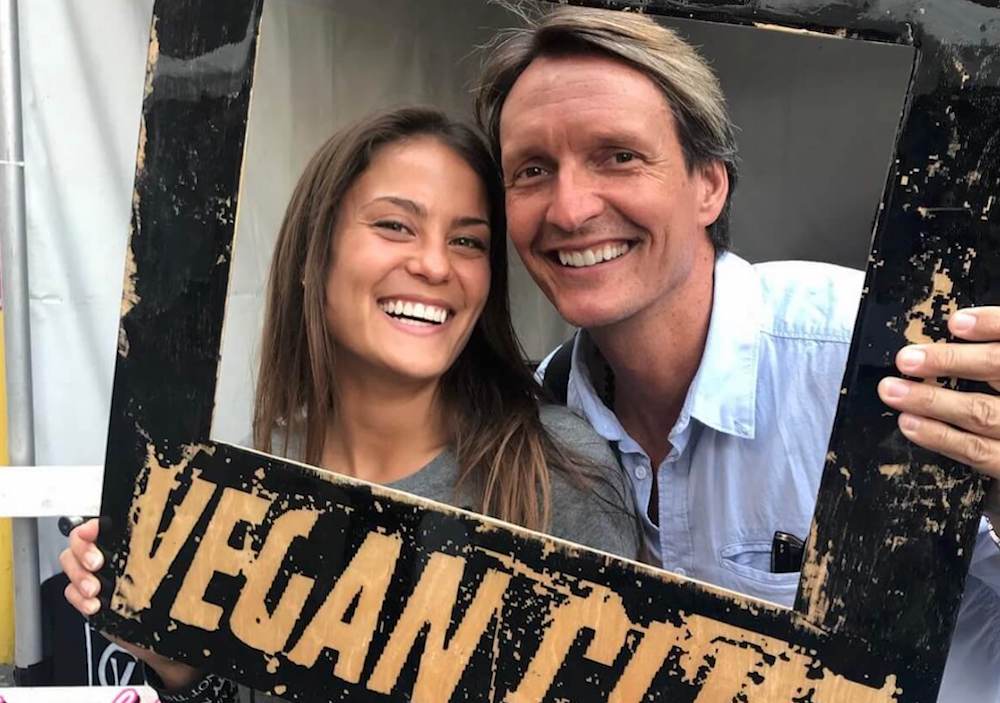 Vegan Pregnancy and Parenting, the Instagram handle for Raise Vegan Magazine, just announced that vegan activists and power couple Shaun Monson and Amy Jean Davis are expecting a baby. The magazine secured an exclusive interview with the parents-to-be, which will be released in the May issue.

This is a big announcement, both for the happy couple and the magazine. Raise Vegan, the word’s first vegan parenting magazine, has been exclusively digital until now. The upcoming issue, which will be released on May 15 with Monson and Davis gracing the cover, will be the magazine’s first printed publication.

To preview the issue, Raise Vegan teased the interview with Monson and Davis. During the conversation, the couple speaks to vegan pregnancy, morning sickness, and raising vegan children. Monson said, “Ultimately we want a better future, not just for our children, but for the animals, too.”

This will be Monson’s second child and Davis’s first. Monson has a 17-year-old daughter, Mira, who is also vegan. He posted a father/daughter picture on Instagram, announcing the news: “This is my amazing, beautiful and brilliant daughter @miraajade — I barely even remember my life before her. She’s an angel. She’s going to have a baby sister soon. There will be 17 years between them. I just hope her baby sister gets to know how incredible and magical her big sister is.”

The director of @earthlingsfilm Shaun Monson and his incredible activist partner Amy Jean Davis are expecting a new “Earthling”! Be sure to check out the exclusive interview in this month’s issue of @raiseveganmagazine ? Available digitally and in print May 15th. The link to subscribe in bio! @shaunmonson @hazeleyedvegan @veganpregnancyandparenting #raisevegan #earthlings #vegan #animalactivist #activism #fortheanimals #earthlingsdocumentary #veganlifestyle

Both Monson and Davis have made their mark on the vegan activist stage. Monson is best known as the director of “Earthlings,” an unapologetic documentary that revealed the graphic atrocities of the factory farming and animal experimentation industries. Davis has worked alongside Monson as the production manager for Nation Earth, the company behind the documentary. She is also the organizer for LA Animal Save, the Los Angeles chapter of Toronto-based The Save Movement, which hosts vigils outside of slaughterhouses around the globe. Both travel the country, as a couple and individually, to speak at various events and promote the vegan movement. Further, the pair has begun work on a new film, “Beings,” which is expected to debut in 2020. Perhaps the film premiere will coincide with a two-year-old birthday.