“Marvel Hero Project” is an unscripted series that “shares the positive impact several young, real life heroes are making in their own communities across the country.”
Every youth leader featured in the show will also be the star of their own comic book.

“It is such a huge honor to be part of the Marvel Universe,” Butler told LIVEKINDLY in an email. She was “shocked” that one of the world’s biggest franchises chose her to talk about veganism.

She filmed her activism lobbying for animals at the State Capitol and at New Life Animal Sanctuary in Lake Elsinore, California. Butler added that learning that getting her own Marvel comic where she’s an animal ally was a complete surprise.

Who Is Genesis Butler?

According to her website, Butler went vegan at age six after learning that milk comes from mother cows. Now 12, Butler is a real-life superhero to the animals. She is known for her 2017 TEDx talk “A 10-year old’s vision for healing the planet.” Additionally, Butler is also the youngest person to deliver a TEDx Talk.

Butler has since given talks across the U.S. and Canada. Last February, she joined the Million Dollar Vegan campaign in urging Pope Francis to go vegan for Lent in exchange for a $1 million donation to a charity of his choice. 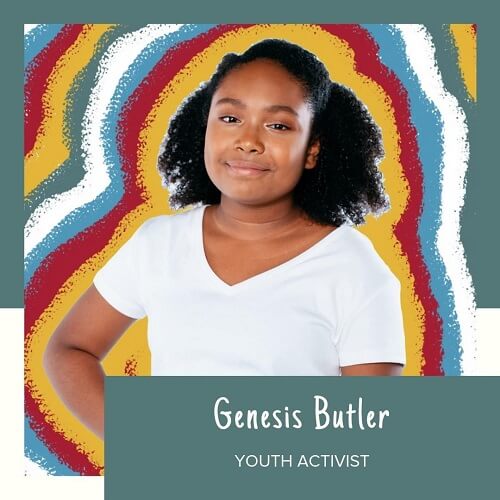 Last October, the Harvard C-CHANGE (Center for Climate, Health, and the Global Environment at the Harvard T.H. Chan School of Public Health) Instagram featured Butler for her activism. She is the founder of the nonprofit, Genesis for the Animals, which raises money for animal sanctuaries around the world.