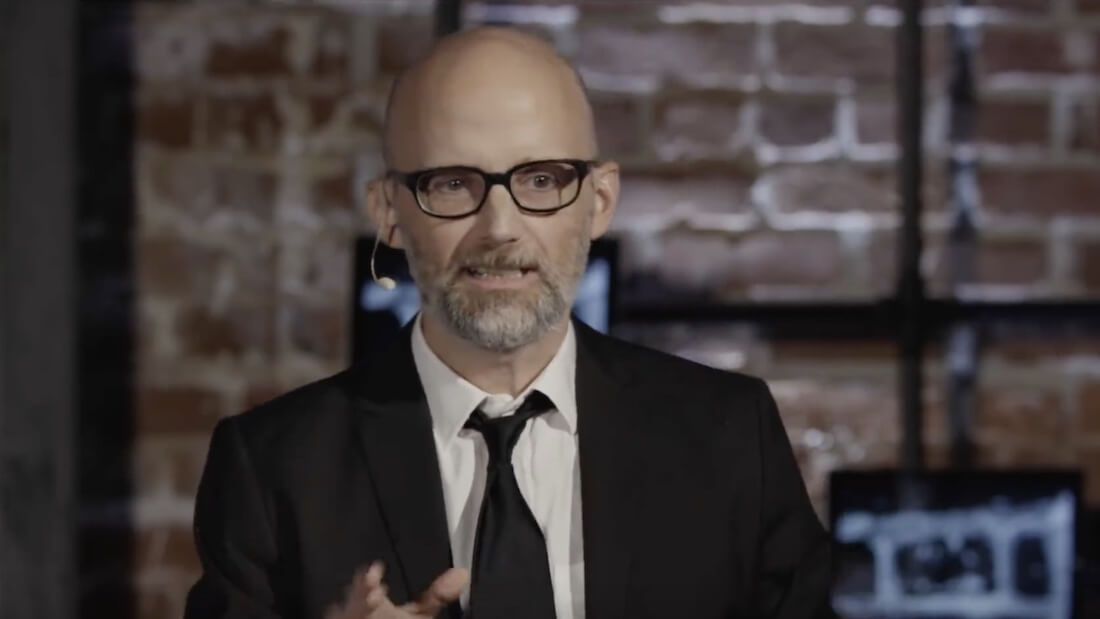 Moby, famed electronic musician, DJ, and animal advocate, just gave his first TedX talk. As a vegan for the last 35 years, he naturally gave his talk on a subject very near to his heart, “Why I’m a Vegan.”

The activist was pleased with his presentation, as well as humbled by the prestigious honor. He wrote on Twitter, “I’ve been a vegan for over 30 years, and working on animal rights is my life’s work.  So, as a result, I was thrilled to do my first TedX talk on ‘why I’m a vegan’…Thanks, moby.”

Moby’s 12 minute talk opened with his statement, “So, I was raised by animals. Specificially, Jamie the dog, Charlotte the cat, and a whole gaggle of lab rats that my dad rescued from Columbia University where he worked.” As a young child, he learned that animals are calm and quiet, and humans “are loud and terrifying.” He continued to describe his childhood home in Conneticut, which quickly “became a zoo” due to the influx of rescued dogs, cats, reptiles, and even squirrels that he and his mother took in. “I loved all of these animals unconditionally,” he explained, yet he continued to enjoy meat-laden pizza, hot dogs, and his mother’s famous meatloaf wrapped in bacon.

His perception changed when he was 19 years old. He told the story of his epiphany, which came about on an ordinary day at home, playing with his cat, Tucker.  Moby said, “I looked at Tucker and found this perfectly formed being and all the sudden that phrenological wall in my head disapeared and I extrapilated and I realized that every creature with two eyes and a central nervous system was like Tucker. They just wanted to avoid pain and suffering and wanted to be happy. So in that moment I left behind hamburgers and hot dogs and became a vegan and an animal activist and that was 35 years ago, and it’s the most important part of my life.”

The musician went on to describe the atrocities associated with animal agriculture, touching on the ethical, health, and environmental implications of this macabre industry. However, he concluded his talk on a positive note.