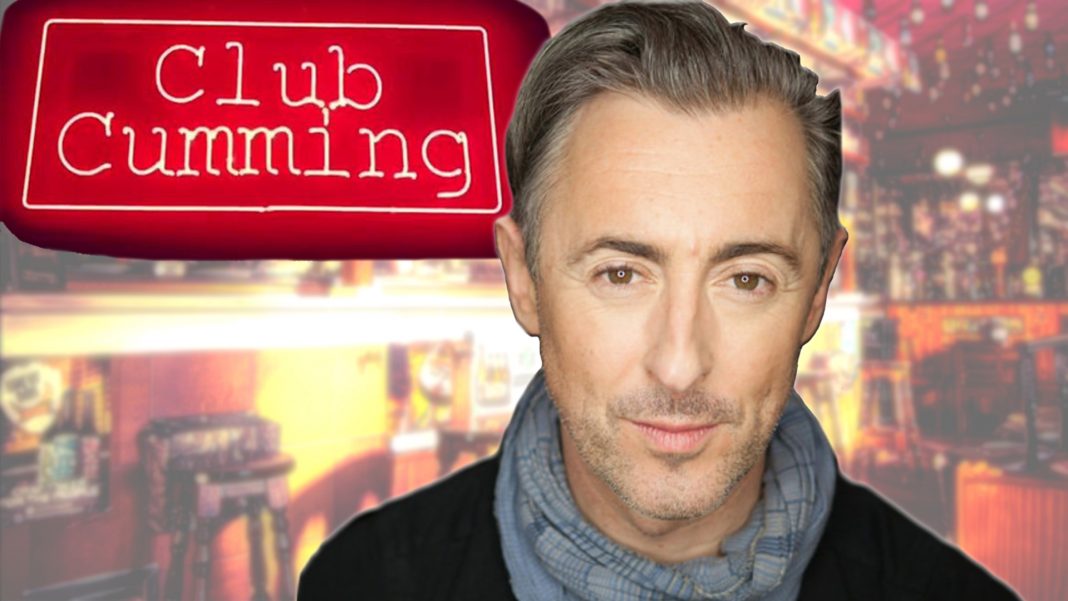 Just a Tuesday night dancing to Queen at my bar. I LOVE @clubcumming and all who sail in her!

The actor ensured that there was vegan food on the set. “My immortal words: salad is not a vegan option,” he said last March. “Teamsters would come up from behind the truck and go, ’Alan, I just want to thank you for the vegan options.’ All of these secret vegans came out of the woodwork.”

The “Masterpiece Mystery!” host also uses his platform to highlight animal rights issues. His work includes collaborating with international animal rights organization PETA (People for the Ethical Treatment of Animals) on the “Not a Dairy Queen” campaign to highlight the ethical issues behind dairy.