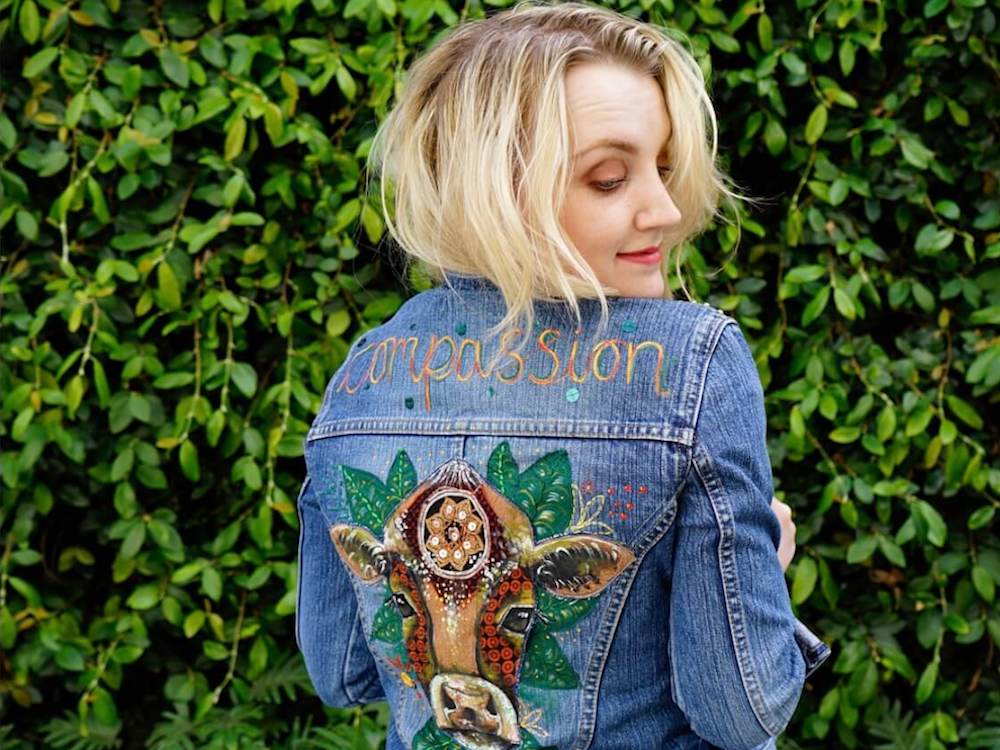 Evanna Lynch, vegan activist and actor best known for her role as Luna Lovegood in the “Harry Potter” film series, made a statement today via the release of a new “makeup tutorial.” To stand up to animal testing in honor of World Week for Animals in Laboratories, the star shot a video in which she portrayed the victim, undergoing the same experimental testing that researchers use on animals. The end result was not pretty.

The star worked with peta2, PETA’s youth division, to create this dark tongue-in-cheek public service announcement. Peta2 has worked extensively to eliminate animal testing, both in the cosmetic and medical industries, and Lynch has been a supporter of the organization for years. To communicate the peta2 motto, “Animals are not ours to experiment on,” Lynch decided to take action by putting herself in the animal’s place.

“If you’re not OK with putting animals through these tests, then maybe you should only be buying cosmetics that are truly cruelty-free,” Lynch said in the film. According to Lynch, makeup products that are sold in the US and Canada that claim to be cruelty-free may still test on animals if they’re sold from China. An infographic appears on the screen, listing major brands like Clinique, Mary Kay, Estee Lauder, Avon, Origins, Benefit, and more, all of which are not 100% cruelty-free.

The video begins with an upbeat vibe; Lynch seems excited to show everyone her new “makeup tutorial.” Yet as the experiments progress through various skin and eye irritancy tests that are commonly used on animals, Lynch beings to suffer. Her skin begins to burn and even peel at some points, and her eye turns a pallid yellow. The creepy lab technician then pulls out a force-feeding tube, and Lynch explains that many animals are fed chemicals until they die. To conclude, the technician appears with a giant needle. According to Lynch, animals that survive testing are killed after experimentation.

To end on a positive note, peta2 affirms that there are truly cruelty-free products in the marketplace. The organization’s Beauty Without Bunnies database lists over 3,100 compassionate companies, including Pacifica, Tarte, Urban Decay, and Too Faced.

The video is part of Lynch’s ongoing work with peta2 to end animal suffering. As a role model to Harry Potter-loving youth, she has participated in a number of campaigns and videos targeted toward a younger audience to promote compassion and the vegan lifestyle. Last spring, she created a fun video where she “trades her wand for a whisk” to cook up a batch of vegan chocolate frogs and “buttery beer.” Further, this past holiday season, she created her own vegan gift basket to support the organization, complete with vegan treats and a “Vegans are Magical” t-shirt.