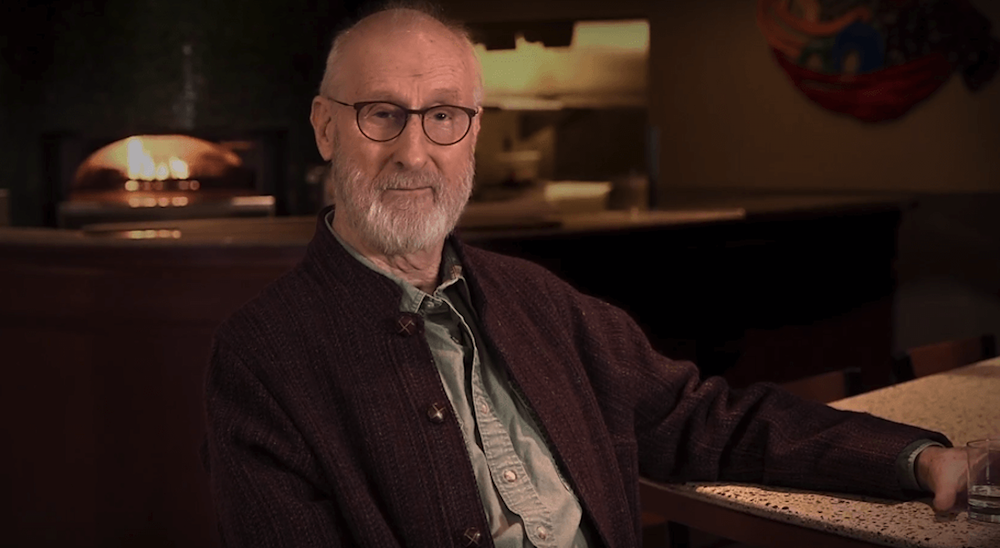 Academy Award-nominated vegan actor James Cromwell, who played the farmer in the 1995 movie “Babe,” has appeared in a new public service announcement for animal rights organization PETA (People for the Ethical Treatment of Animals).

The video opens with Cromwell sitting poised against a backdrop of a cozy fireplace. The seasoned actor begins: “By now,  you’ve probably been told to go vegan. Right?”

“You’ve been told that animal agriculture is the leading cause of climate change,” Cromwell continued. “Going vegan lowers your chances of suffering from heart disease, cancers, strokes, and diabetes. And that it’s the best way to end animals’ suffering.”

“Yet despite that, you still haven’t done it,” said a disappointed Cromwell. He continues, “So, what if an Academy Award-nominated actor with a really deep, gravelly voice did this?” Cromwell changes his tone—literally—by inhaling helium from a balloon and asks: “Seriously. What else do you need to hear?”

A vegetarian since the 1970s, Cromwell is an animal rights champion who went vegan in the mid-’90s while filming “Babe.” He and PETA have teamed up a number of times in support of animal welfare. He previously filmed the banned SuperBowl ad “Redemption,” in which he portrayed a meat industry executive going to confession. Last year, he led a peaceful protest against orca captivity at SeaWorld, though he and other activists were arrested in the end.

Earlier this year, Cromwell received recognition for his vegan activist work when he was awarded the Hero to Animals Award from PETA at Sublime Restaurant and Bar in Fort Lauderdale, Florida. According to PETA, “In true Cromwell fashion, he couldn’t leave the party without doing one more thing to benefit animals,” and filmed the new ad on the spot. Sublime owner Nanci Alexander directed.

Over the years, PETA has teamed up with a number of celebrities to deliver a vegan message. Its most recent ad campaigns include appearances from “The Flash” actor Violette Beane in a campaign called “All Animals Have Parts,” Alicia Silverstone in an anti-wool campaign, and Academy Award-winning actor Joaquin Phoenix, who sported a suit made from vegan wool in an anti-wool billboard ad during New York Fashion Week.