(Updated January 8, 2019) | Actor Joaquin Phoenix won the award for Best Actor in a Drama at the Golden Globes for his role in “Joker.”

“It is a very bold move making tonight plant-based and it really sends a powerful message,” Phoenix continued.

According to Page Six, fellow animal rights activist Moby, said Phoenix and his fiance Rooney Mara were behind the menu shift.

“Joaquin and Rooney Mara sort of organised that. In the vegan mafia, Joaquin and I have known each other for decades – and I don’t know if I’m even allowed to say this – but I know that he was one of the people who helped arrange that. I don’t know if it was predominantly him or with other people, but he had mentioned to me a while ago that he was working on it.”

In a press room interview, Phoenix urged other awards shows to go vegan, naming animal agriculture one of the leading causes of climate change.

The menu change was announced last week. It was part of the event’s effort to reduce its environmental impact.

“We had the menu with fish. Then we got together with the HFPA and they wanted to make this change to send a good message. It’s definitely the first Golden Globes that has gone vegan,” Beverly Hilton executive chef Matthew Morgan said in a statement.

“The climate crisis is surrounding us and we were thinking about the new year and the new decade. So we started talking between us about what we can do to send a signal,” said HFPA president Lorenzo Soria.

Phoenix has been vegan since age three. “Me and my siblings witnessed fish being killed in a really violent and aggressive way,” he recalled in a video for Brut last year. “It was just absolutely obvious that it was something that we didn’t want to participate in and we didn’t want to support. To me, it just seems obvious. I don’t want to cause pain to another living empathetic creature.”

The two-time Golden Globe winner frequently uses his platform to speak out for animals. He’s recently appeared in a PETA campaign calling for an end to speciesism.

Phoenix also used the platform to address other topics brought up during the night — the Australia bushfires, mentioned by a number of celebrities, and voting.

“It’s really nice that so many people have come up and sent their well wishes to Australia, but we have to do more than that,” Phoenix said. “It’s great to vote, but sometimes we have to take that responsibility on ourselves….we don’t have to take private jets to Palm Springs and back.”

He also plans to re-wear the same Stella McCartney tuxedo to all awards shows this season. McCartney praised Phoenix on Instagram. “I am proud and honored to join forces with you Joaquin, keep inspiring and keep shining your light,” she wrote.

Phoenix is the frontrunner to win the Best Actor Academy Award next month. 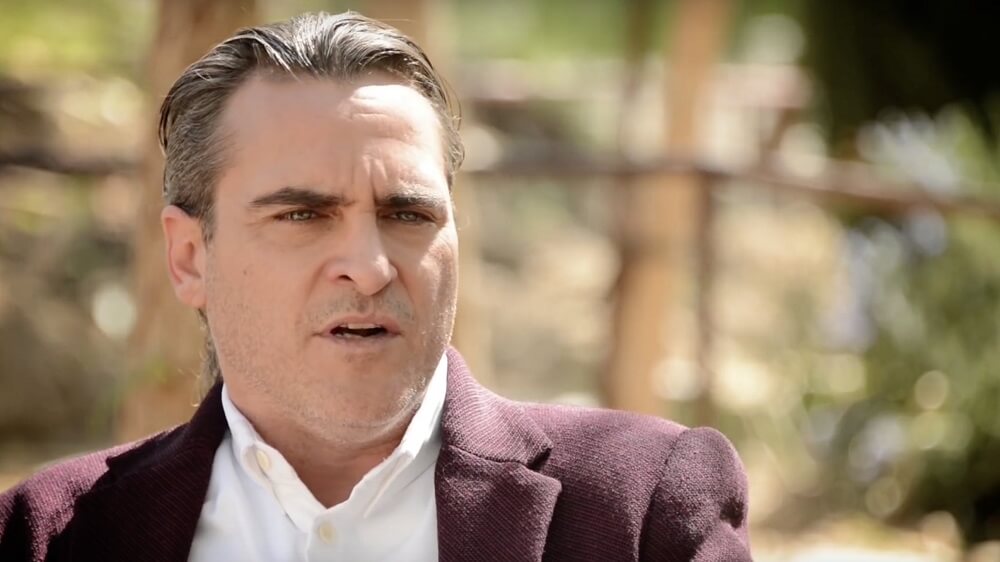