Ruby Rose Langenheim (Ruby Rose), a vegan Australian actress and model, recently posted an InstaStory to feature the plant-based products in her fridge. The celebrity, known in the media for her work on “Australia’s Next Top Model,” “MTV,” and “Orange is the New Black,” is also well established in the vegan scene, earning PETA’s Sexiest Vegan Award in 2017.

Rose began her gradual transition to the vegan diet in 2013. She struggled a bit at first due to complications with hyperthyroidism, but she eventually overcame these issues and slowly gave up animal products. The star continued to wear leather for a time; however, in 2017, she made the full commitment and is now fairly vocal about her diet.

In addition to filming her vegan fridge, Rose often encourages her followers on Twitter to consider a vegan diet. In 2017, she tweeted, “Trump changes to Climate change today have you feeling ill?? May I suggest turning vegan or at least vegetarian? We can be the change.” 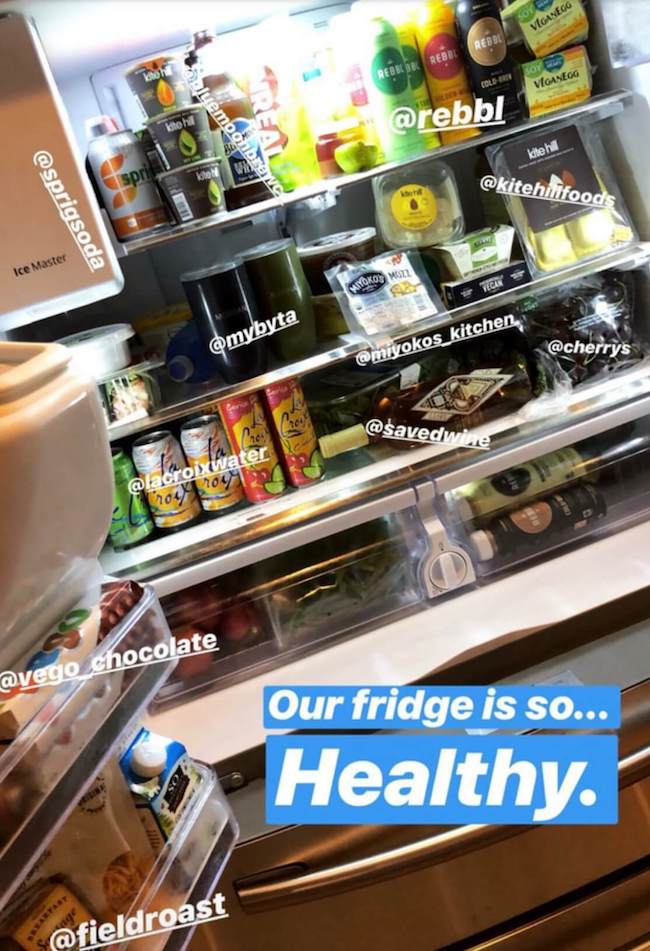 Some of these vegan products may not be the most health-promoting options (vegan candy is still candy), but the image makes a powerful statement that there is a vegan version for virtually any animal-based food.

It also breaks the stereotype that all vegans are stick-thin carrot-munching purists. Vegans eat an incredible variety of foods, including whole foods and good-for-the-soul products. Further, vegans come in all shapes and sizes, from svelte model bodies like Rose to 300-pound football players like former NFL athlete, David Carter. There are a plethora of options, because some days a handful of cherries will suffice, and other days nothing else will do except a bag full of vegan almond butter cups.