A newly-launched book states that adopting a vegan diet can help cure acne. “The Clear Skin Diet: The Six-Week Program for Beautiful Skin,” written by sisters Nina and Randa Nelson, reveals how the authors cured their acne and improved their health with an oil-free, plant-based diet.

The book was composed to help others achieve clear skin through natural remedies, promising a “lifetime of healthy, glowing skin.” According to a description of the book, “Over $3 billion dollars is spent treating acne every year.”

But the Nelson sisters claim to have found a solution that is “easy, affordable, and as close as your local grocery store.”

The duo, who are also known for their music and acting, revealed on Instagram that their book offers “easy to follow skincare cheat sheets, so you know which ingredients and products to avoid, and which ones to look for.” 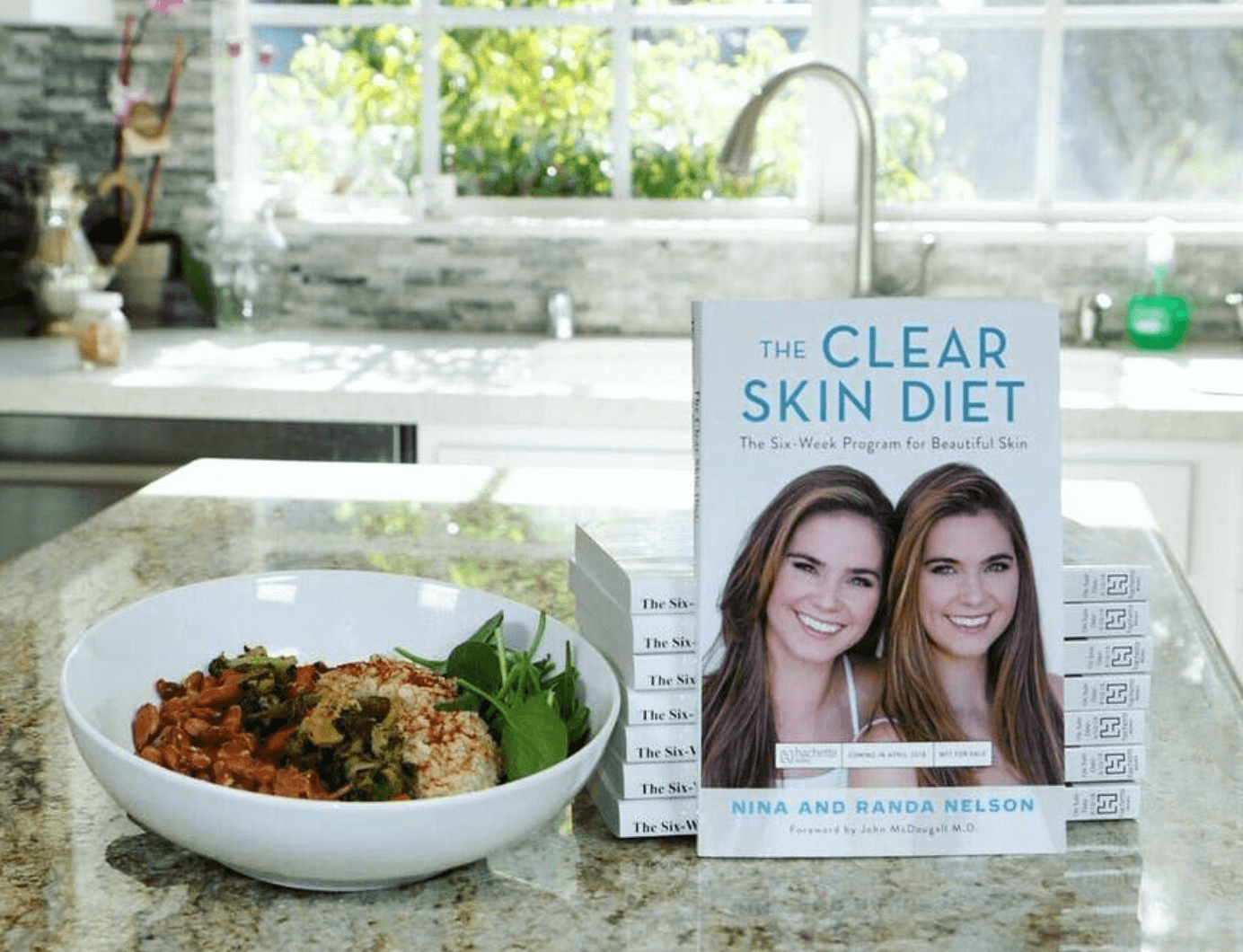 The book is said to be based on “solid nutritional science, vetted by top nutrition experts, and proven by the authors’ experiences and now so many others.”

The diet has been trialed on multiple teens with positive feedback. Success stories online see the diet described as “literally magic”, with others claiming their acne “miraculously cleared up.”

A review from Neal Barnard, M.D., president of the Physicians Committee for Responsible Medicine, reads: “Damage from acne is not just physical but psychological, too. Nina and Randa are successfully teaching others how to overcome the physical and emotional challenges. These girls are true leaders.”

The authors’ YouTube channel, named NinaAndRanda, frequently addresses the duo’s healthy lifestyle and vegan topics, with their content being shared to more than 600,000 subscribers. Research has said that celebrity figures speaking out about veganism could be helping to push the movement further. Similarly, a group of dairy farmers previously raised concerns about high-profile names boosting the popularity of the lifestyle.

Late last year, songstress Mya credited her vegan diet for her “fountain of youth”, including her clear skin. Similarly, Oscar-winning actress Natalie Portman previously credited her plant-based diet to clear skin, saying, “I’m vegan and I found my skin is much, much better than when I was a vegetarian. [I] cut out dairy and eggs, and I never had a breakout after.”