The vegan alcohol market has exploded in the last few years, with improved sourcing, better labeling, and even dedicated vegan ranges flooding the global beer and wine industry.

Australian wine-makers decided that vegan labeling was a selling point in 2018 and upped their cruelty-free marketing game accordingly. In the UK, popular food and drink retailer Marks and Spencer’s has responded to market trends by introducing vegan labeling to its wines, while Britain’s leading wine specialist, Majestic Wines relaunched its website and labeling system in October 2017 to include dedicated vegan options.

The trend towards vegan-friendly booze is in-keeping with the rapid growth of consumers moving towards more plant-based and meat-free lifestyles.

A recent study by comparison site Finder estimated that the number of  UK vegans, vegetarians, and pescetarians will increase by 12 million by 2020. Further research by Vitabiotics revealed that 37 percent of people in Ireland are ready to adopt a fully vegan diet due to environmental concerns and personal ethics.

What Is Vegan Alcohol? 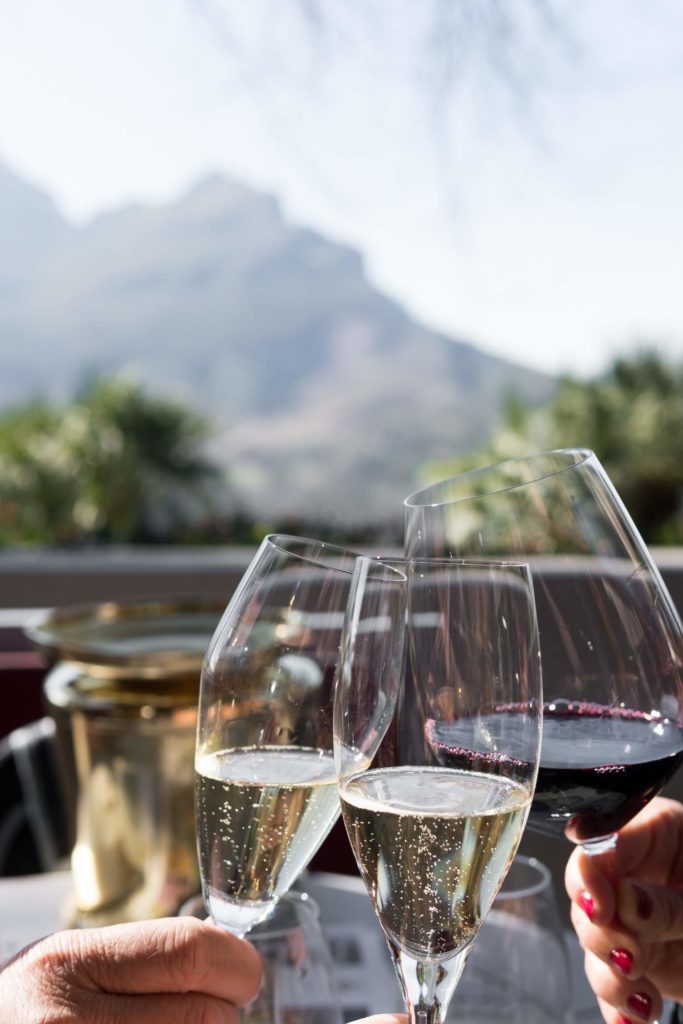 Animal ingredients are often used as fining agents for wine

Just like vegan food, cosmetics or clothing, vegan alcohol does not contain any animal products and has not utilized any animal ingredients during its production.

While there are very few beef-flavored beverages, there are a surprising number of drinks that use animal products during their production. Like bone char, which is sometimes used to purify sugar, animal ingredients are sometimes used in alcoholic beverages to ensure a clear brew, in a process called “fining.” Tannins, proteins, and other organic compounds are removed from the final product, creating a purer beverage.

Fining is an important part of the overall brewing process, substances removed would affect the flavor of the finished product and would also mean a murkier brew, with obvious sediment floating around your pint glass. Traditionally, fining relies upon animal products to filter out the nasties in our hooch. The top three most commonly used non-vegan ingredients are:

Other animal ingredients used to filter fermented drinks include egg white, animal blood, and chitin, which is made from crustacean shells.

Animal-ingredients have been used in the fining process for centuries, except for in forward-thinking Germany where all beer has been vegan-friendly since the 16th century thanks to the German Beer Purity Law (Reinheitsgebot) which requires natural clearing processes and ingredients to be used in brewing.

Thankfully, many winemakers and beer-brewers are following the Bavarian example and turning to plant-based alternatives for filtering their wares. Common vegan finings includes Irish moss, pea protein, and bentonite which is made from clay.

Occasionally, animal ingredients are also used for flavor. Dairy is in some aperitifs, such as Crème de menthe, and eggs are in thick liquors such as advocaat. Perhaps the most obvious example of non-vegan liquor is Bailey’s Irish cream, which can now be enjoyed by dairy-free drinkers in the form of Bailey’s Almande.

Some beers and wines contain animal ingredients such as the flavor enhancer castoreum (from the castor sacs of the male beaver) and the less ambiguous sounding honey. Made by bees, honey is particularly popular in some traditional ales and fermented wines. This hails back to the Viking days, mead was a popular beverage made from honey and spices. 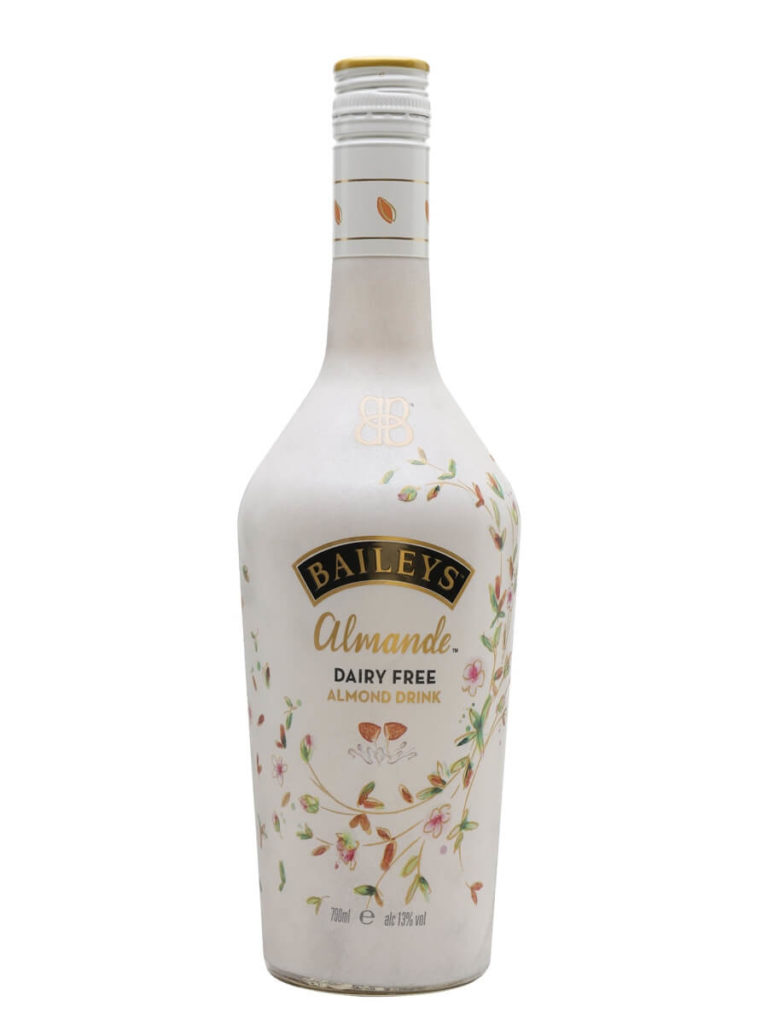 Baileys is available with a dairy-free recipe

The increase in vegan-friendly alcohol has come about largely due to market demand. In 2018, UK beermaker Tyne Bank Brewery made all of its cask ales vegan by replacing isinglass with a vegan alternative. The decision to forego fish filaments was, according to company founder Julia Austin, a “no brainer.”

This is seconded by Org de Rac’s cellar master, Frank Meaker, whose South African wine company went fully vegan in 2018 after swapping isinglass for bentonite. Meaker said, “being a producer of vegan wines comes at the right time for us as there is a growing generation of everyday consumers avoiding animal products totally.” 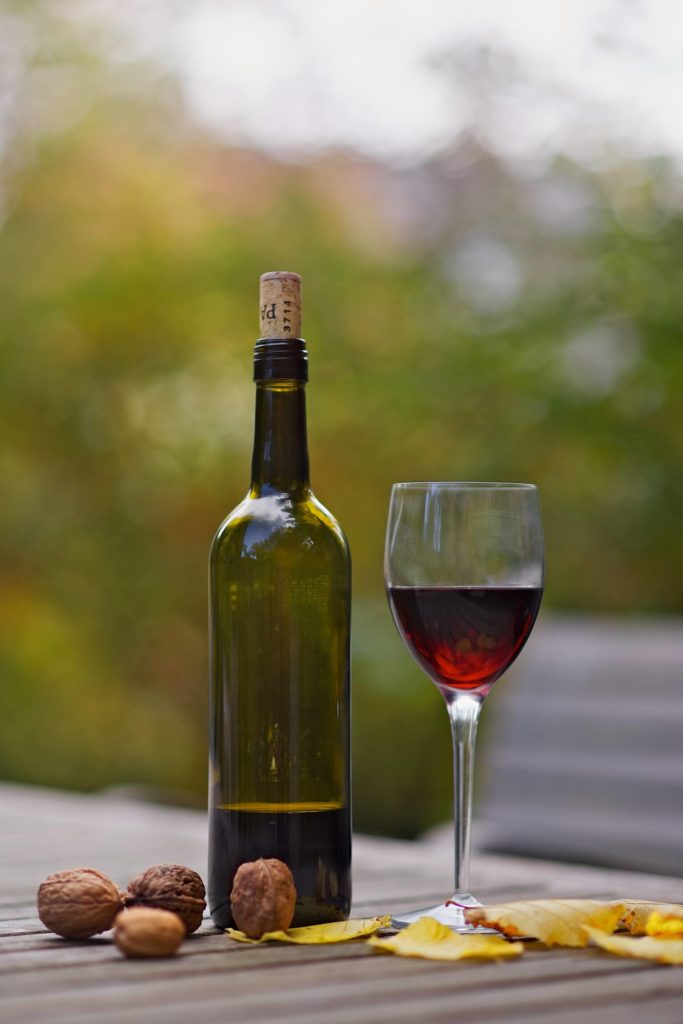 BevVeg is getting fish bladders out of wine

American law firm BevVeg has been working to get fish bladders out of our wine since 2017. The Florida firm was founded by former prosecutor and litigator Carissa Kranz with the primary goal of making food and drink companies vegan-friendly.

At present, alcohol is commonly exempt from other food labeling law, meaning a glance at your pinot grigio’s label may tell you about the wine’s subtle hints of cottage marmalade, but it won’t tell you if it contains traces of gelatin.

BevVeg has taken exception to this oversight, and the firm is dedicated to regulating the sourcing and labeling of products to make it easier for customers to find vegan products. BevVeg offers its own official stamp of approval in the form of the Bev Veg certification seal. As BevVeg proudly states on its website’s homepage: “We certify vegan.”

As Kranz explained to LIVEKINDLY, “If you see our BevVeg certification seal, you can trust BevVeg worked with those brands in the spirit of full transparency and disclosures.”

While BevVeg is making great advances in making alcohol labeling fully transparent, this mammoth task is a work in progress. In the meantime, a little research is required to ensure your tipple is cruelty-free. Many supermarkets, such as the Co-Op, now have dedicated vegan alcohol sections on their websites, or for a really comprehensive list of all vegan intoxicants, the Barnivore website provides an invaluable guide.

This crowdfunded vegan alcohol directory lists over 44,000 alcoholic beverages, from the every day to the obscure. The listings are mostly provided by site users, who can send a ready prepared email inquiry to their brewer of choice, with the response then reported back to Barnivore to add to its listings. Although Barnivore does not yet have its own app, the company recommends VegTipple for Android phones and VeggieBeers for iPhones.

The Canadian company was founded in 2003 by Jason Doucette and is now available in 23 languages.  Doucette told LIVEKINDLY that he thought some manufacturers still using animal products in their brews was largely down to “reasons of personal preference, adherence in traditions, or limitations based on their facilities.”

“We can’t argue with subjective reasons like how someone thinks something tastes, but I’d suggest that the benefits of vegan-friendly alcohol outweigh any sentimentalities that involve dead animals. After all, if Guinness can change their process, I’d figure anyone can,” Doucette told LIVEKINDLY.

Until all brewers, distillers, and winemakers follow Guinness’ example, here is our list of the most popular vegan tipples. 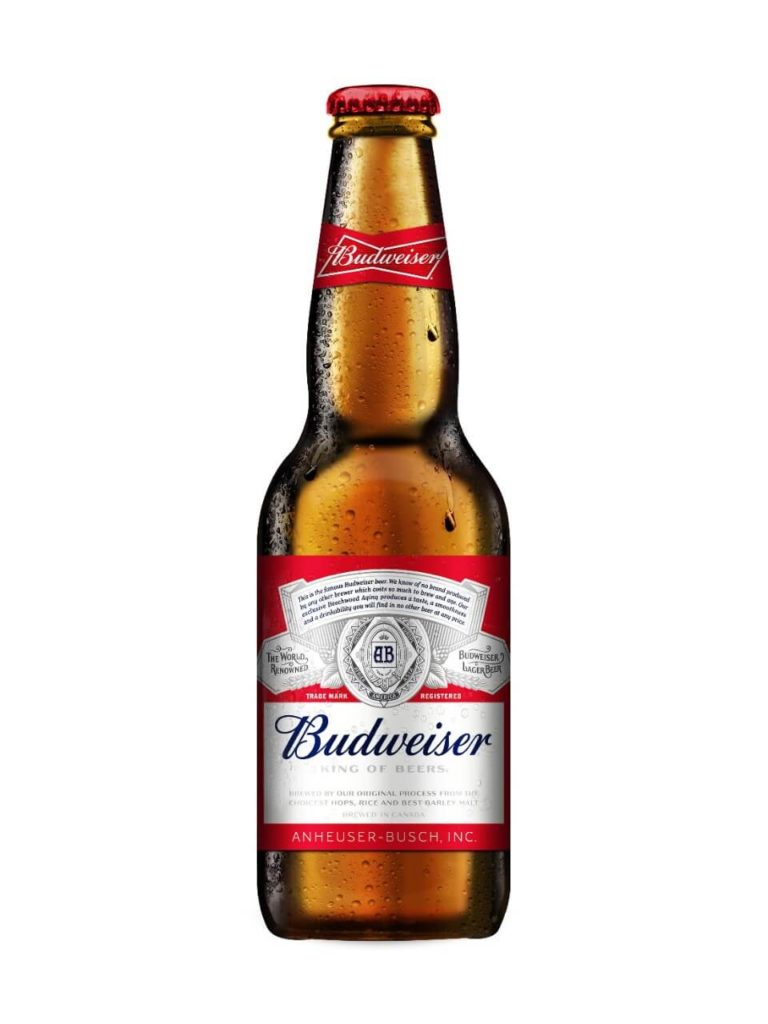 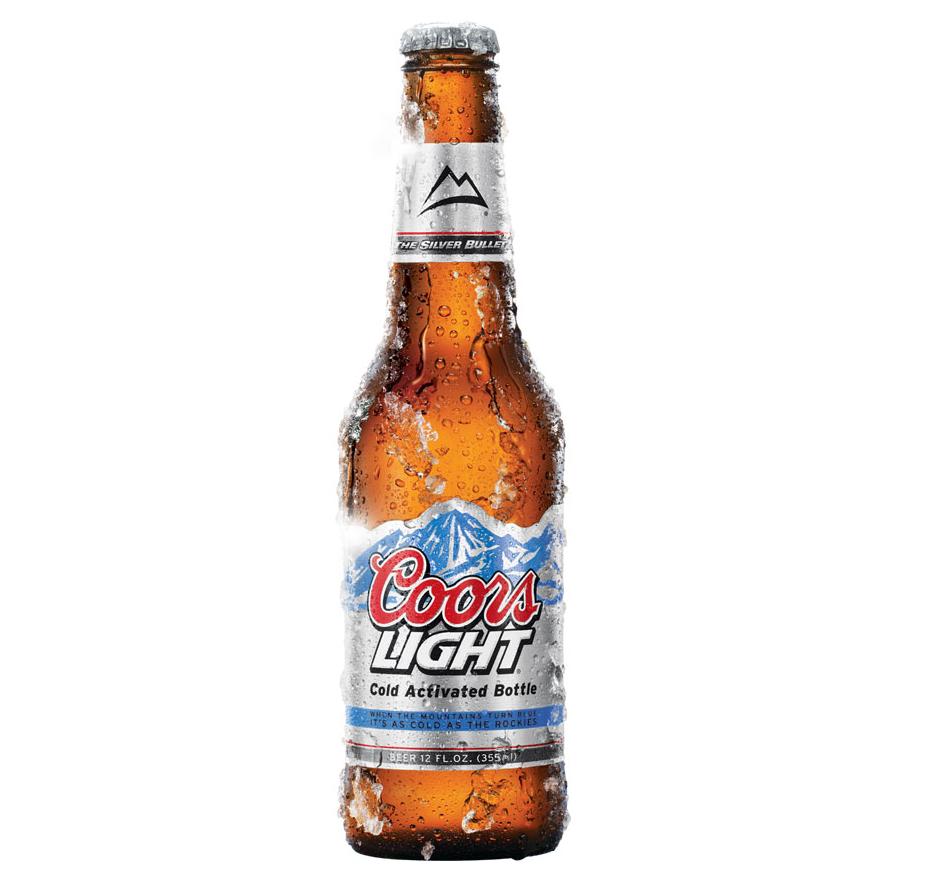 If brewed in Canada or Mexico, Coors is vegan

Coors’ mellow beverages brewed by Molson Coors are vegan-friendly if they are brewed in Canada or Mexico, this includes full-fat Coors, Coors Light, and Coors Banquet beer.

Coors drinks brewed in the UK are filtered with isinglass. If in doubt, check the can or tap tag to confirm the brewing location. 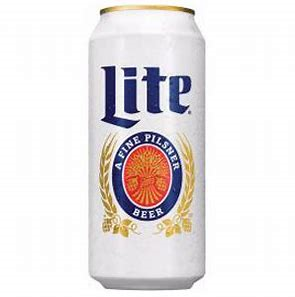 All Miller beers are vegan

All Miller drinks are vegan making it easier than ever to indulge in some Miller Time.

All Corona drinks, brewed by Cervecería Modelo, are vegan, including their Corona Extra and Corona Light. 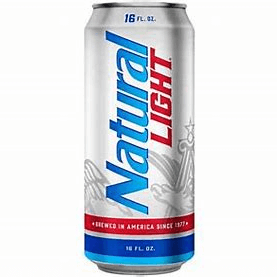 Natural beers by Anheuser-Busch are vegan

Another brew from Anheuser-Busch, all Natural beers are vegan. 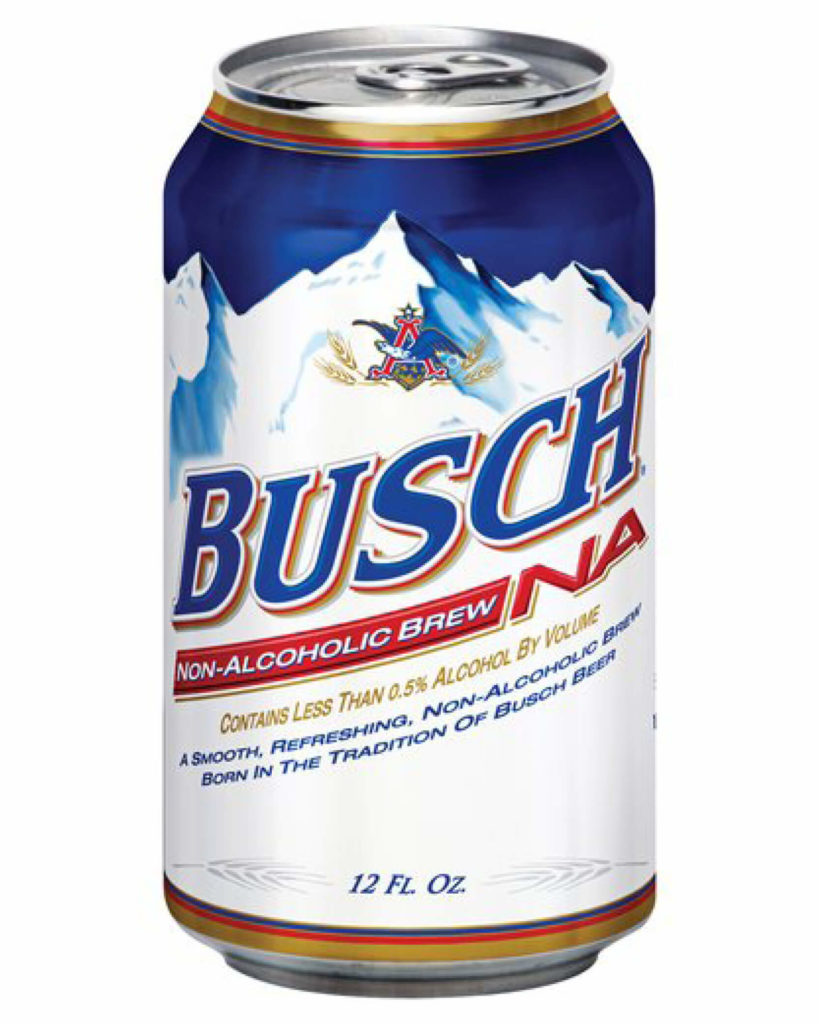 Known for being as “cool and crisp as a mountain stream” Busch beers can also add vegan to its description. The full range is animal-product free, including the Busch Ice and Busch NA. 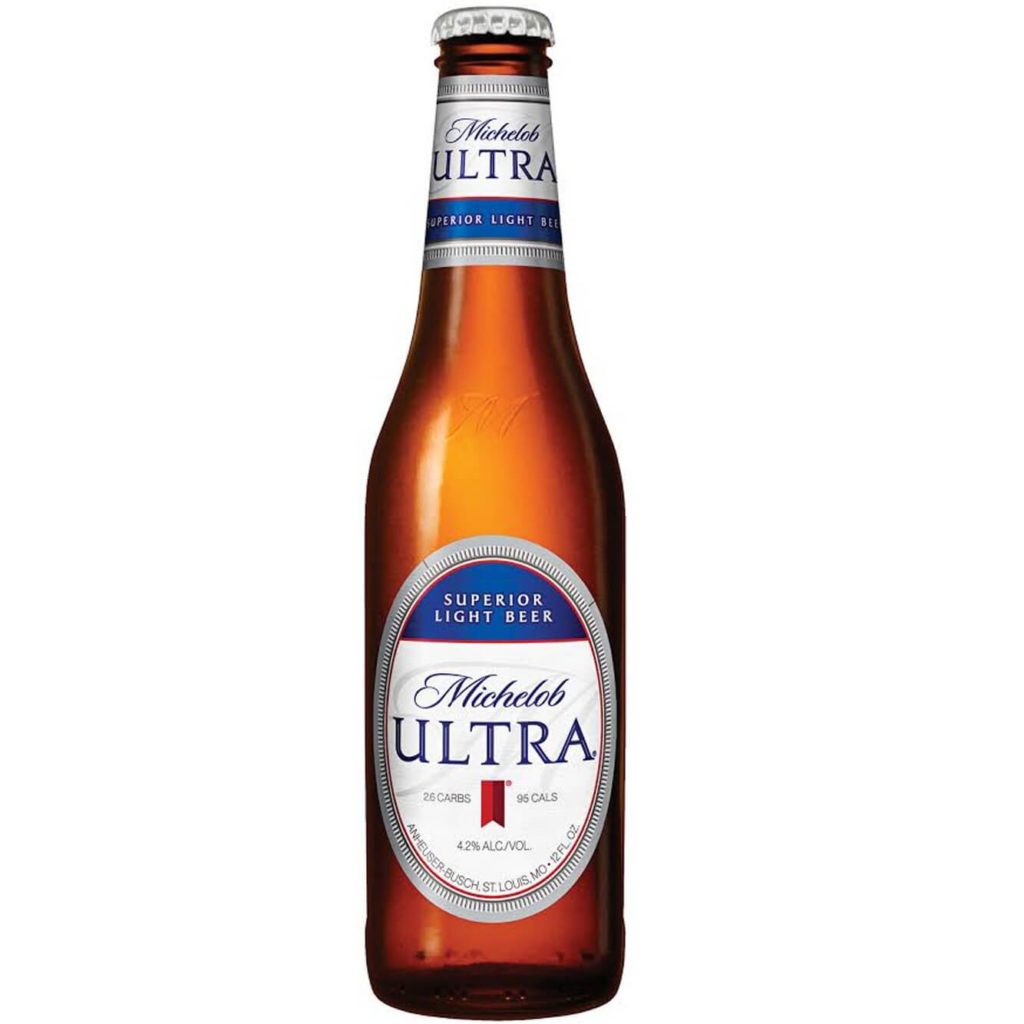 Apart from those with honey, Michelob’s beers are vegan

Brewed in America from two-grain barley, all of Michelob’s beers are vegan except those that contain honey. Luckily, these all have the word honey in their names, such as the Michelob Honey Lager, so it’s easy to avoid. 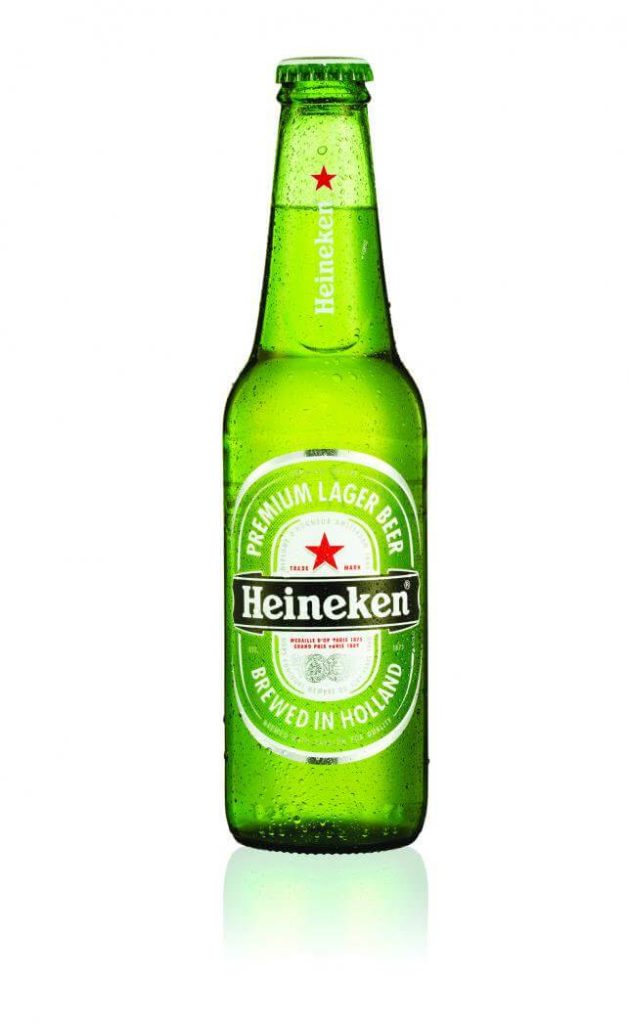 A number of Heineken’s beers are vegan

All of Heineken’s beers are vegan, whether draught, can, or alcohol-free. Heineken has its own brewery, and also makes the vegan beers Desperados, Amstel, Golden Pheasant Beet, Applemans Cider.

The following beers from Heineken’s barrels are not vegan: 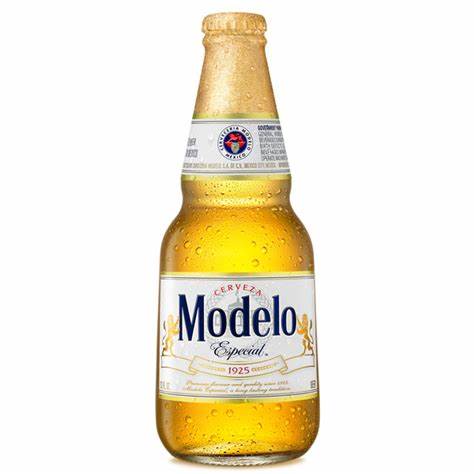 All of Grupo Modelo Beers offerings are vegan-friendly including Modelo Negra and Modelo Chelada. 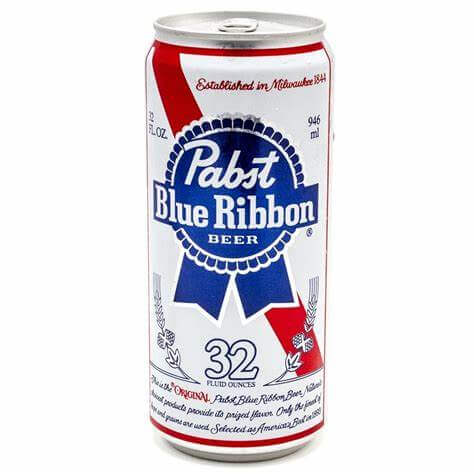 Pabst Blue Ribbon has made beer since 1844

This American brewing company has been making beer since 1844 and all of its malty beverages are vegan. 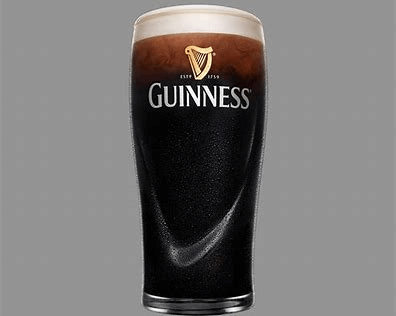 The black stuff has been brewed in Dublin since 1759 and finally went fully vegan in late 2017, much to the delight of stout fans. 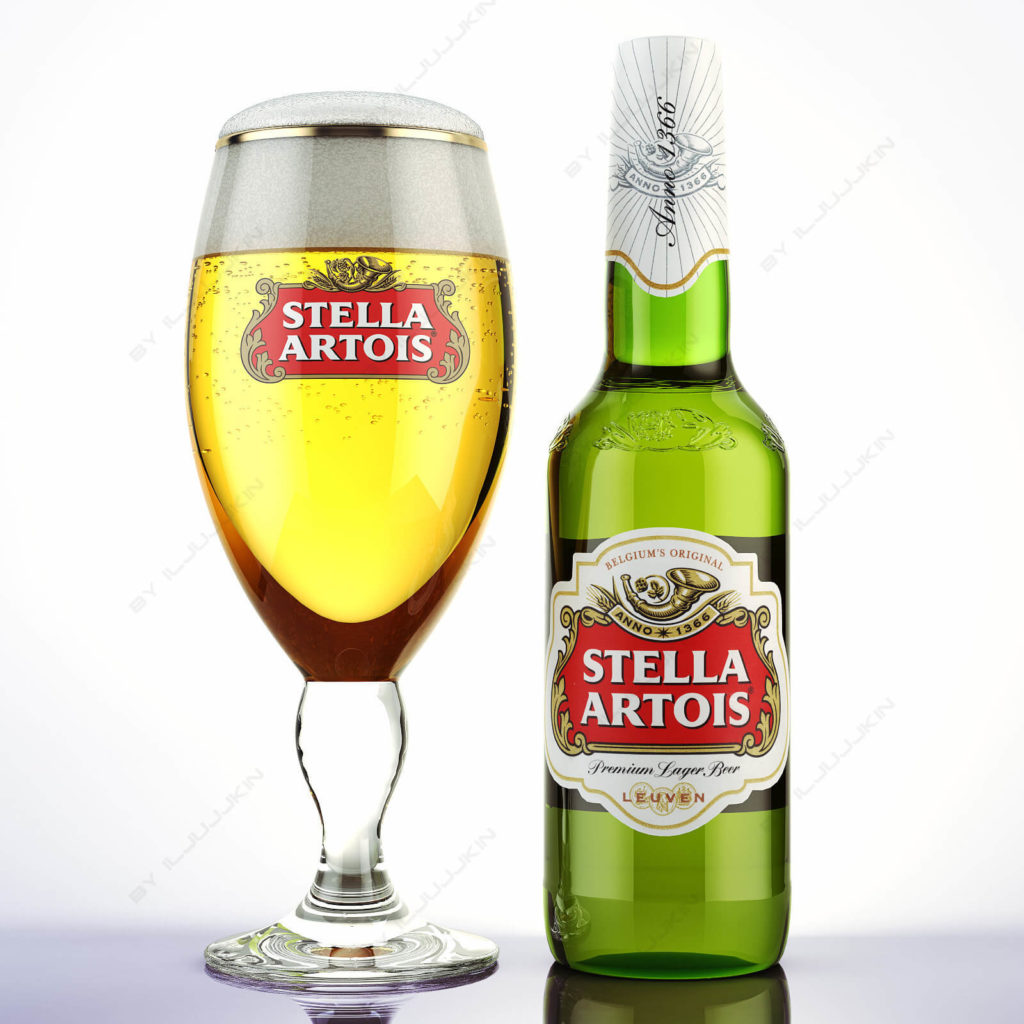 Most of Stella Artois’ products are vegan

All of the French beers varieties are vegan except Stella Artois Cidre and Stella Artois Apple Cidre, but the pear cidre is vegan. 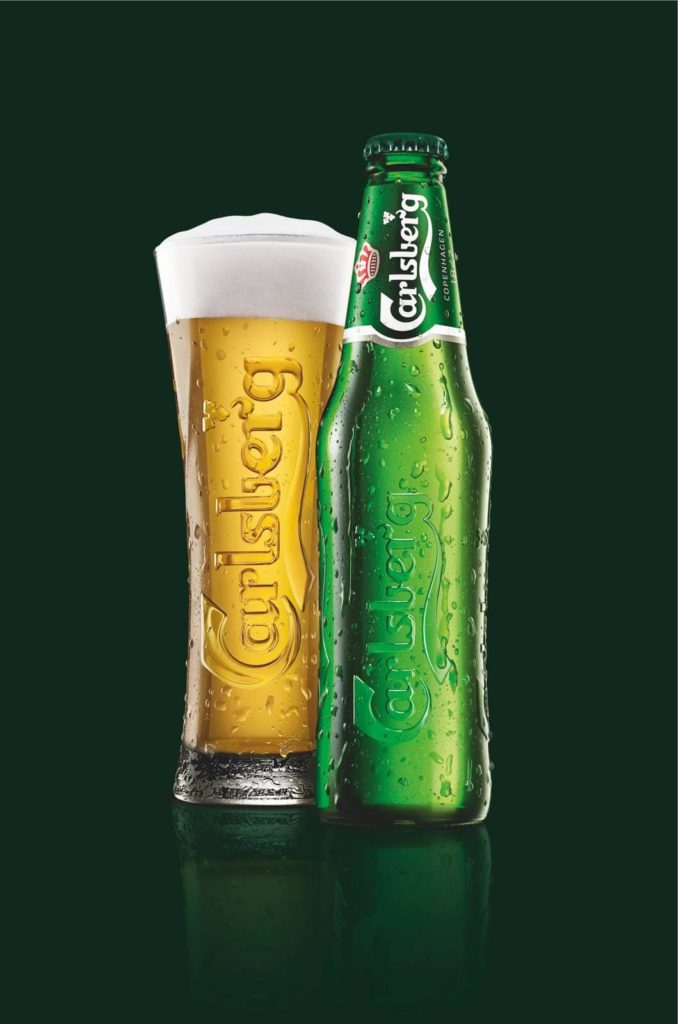 Carlsberg is vegan in the UK, but not in Australia

From the Danish brewer of the same name, all Carlsberg beers, including Carlsberg Export, Carlsberg Edge and Carlsberg Smooth Draught are vegan, except if you’re in Australia where the Carlsberg on tap is not. 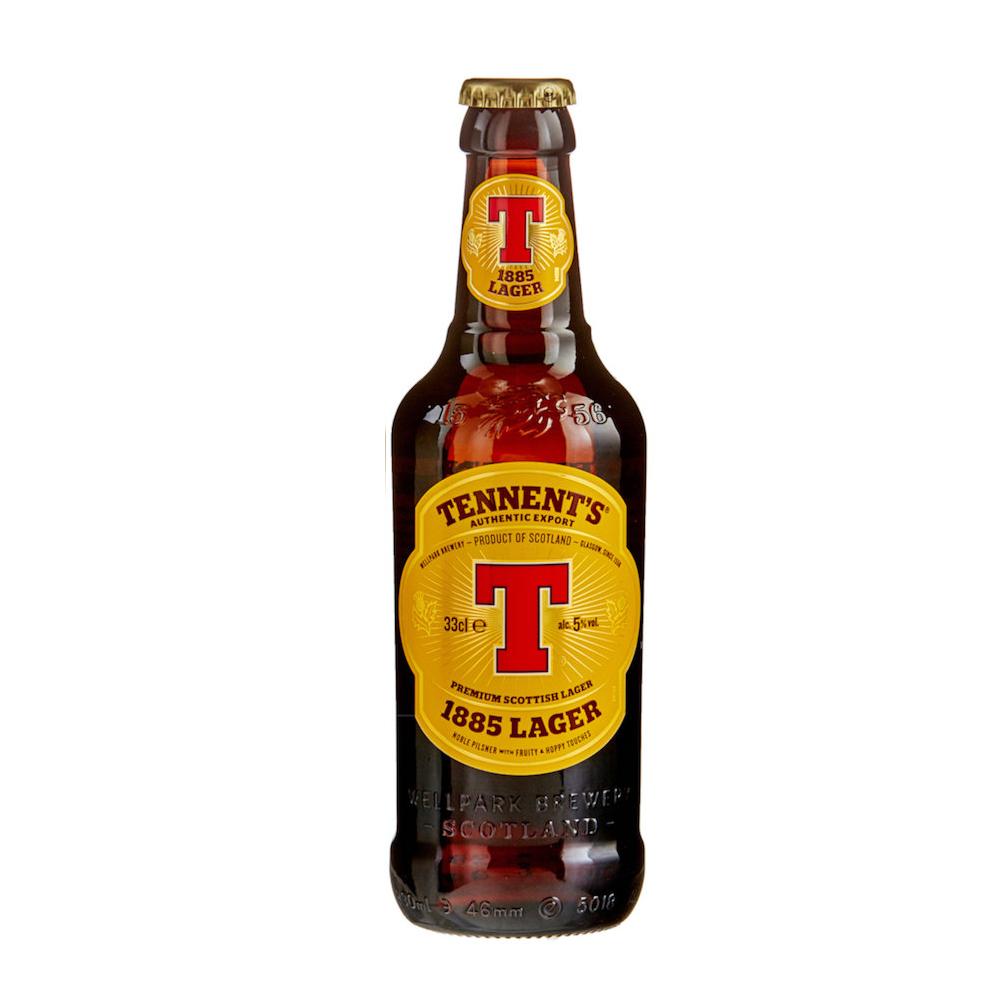 All of Tennent’s Ireland brewed beers are vegan. 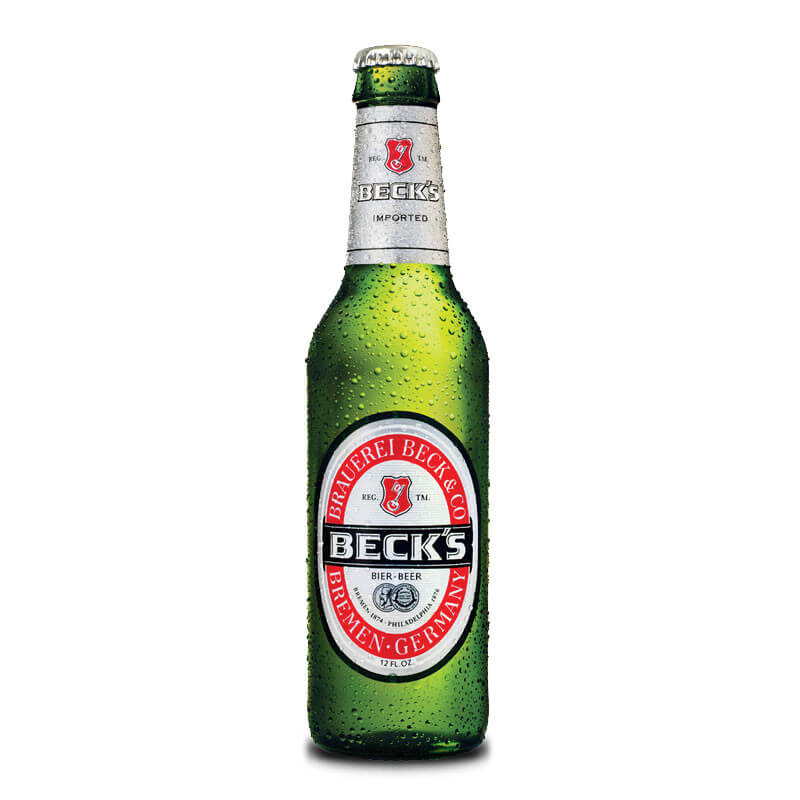 Becks Gold is the only Becks beer that isn’t vegan

All of this originally German company’s beers are vegan, except Beck’s Gold. 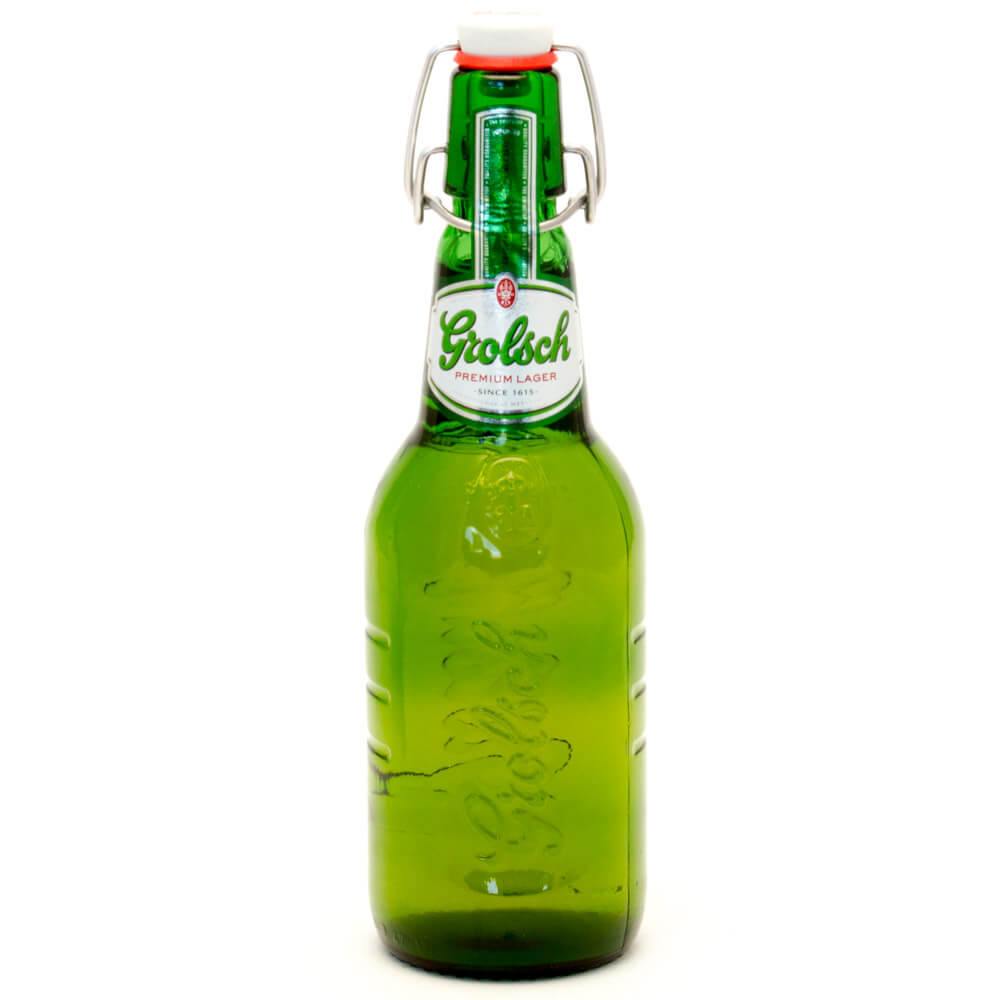 This Dutch beer is vegan

As well as being undeniably fun to say, this Dutch beer range is completely vegan. 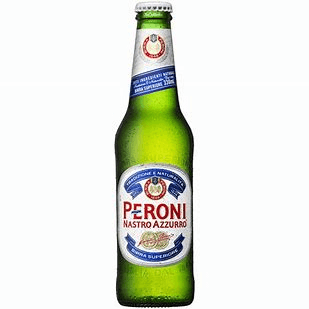 Peroni has always been vegan

All of the Italian company’s beers are vegan and have been since 1846. 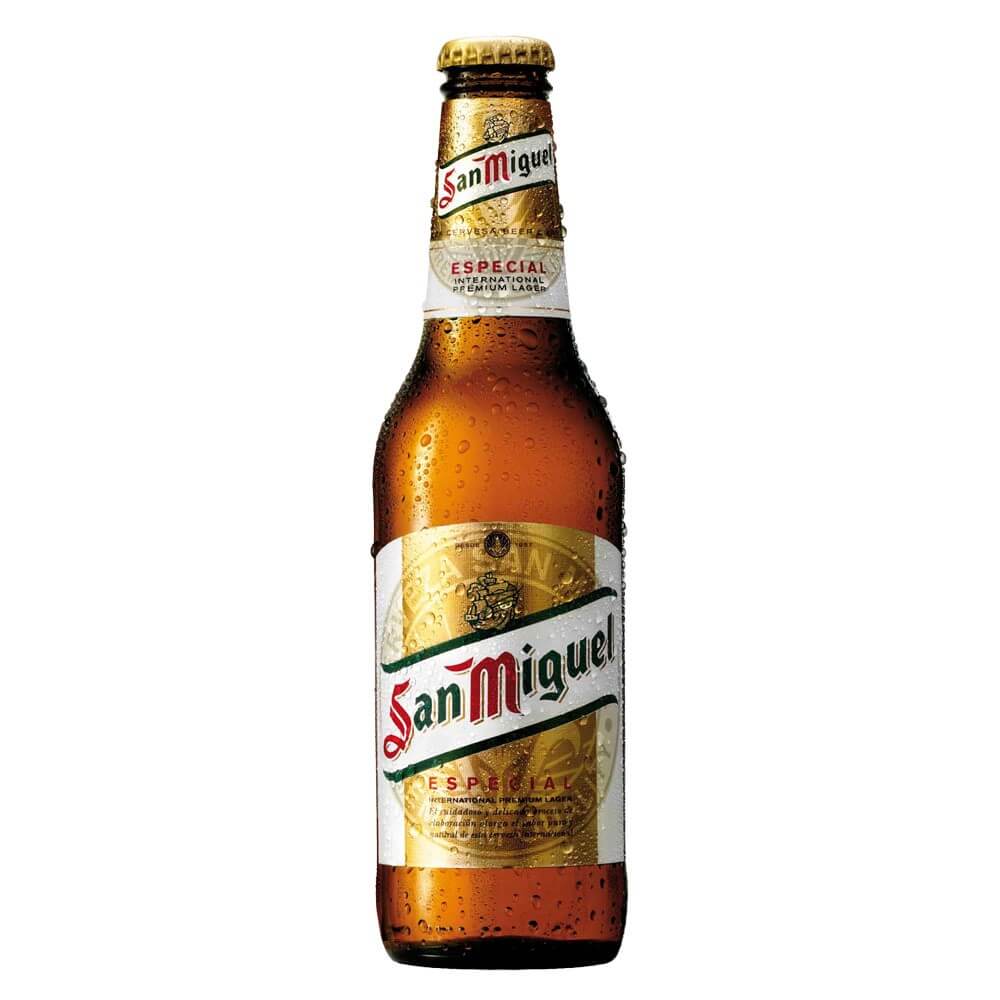 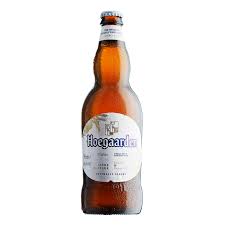 Vegan Hoegaarden is brewed in Belgium

Brewed in Belgium, this citrusy wheat beer is vegan.

Beers lovers in the UK should be aware that the following popular brands are not vegan:

While beer is an enjoyable way to while away an evening, and there is an increasing trade in craft beer, wine tends to be the booze of choice for complementing a meal or savoring a special event. Whether you like your wine oaky, crisp, fruity or bubbly, there is a vegan wine which will make you reach for another top up. 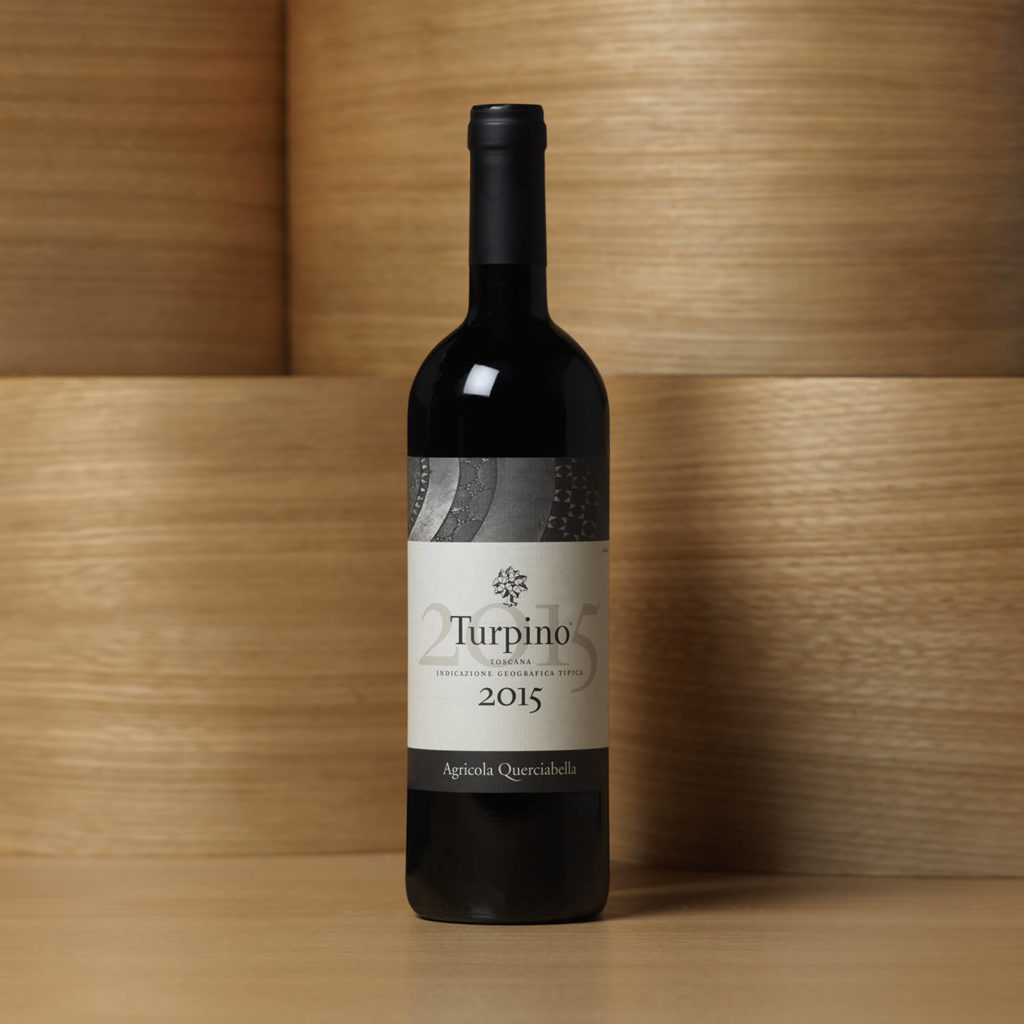 Querciabella’s wines are eco-friendly and vegan

This biodynamic vegan wine company owned by Sebastiano Cossia Castiglioni is based in Italy’s wine country, Tuscany. All of its wines are fully vegan and eco-friendly. 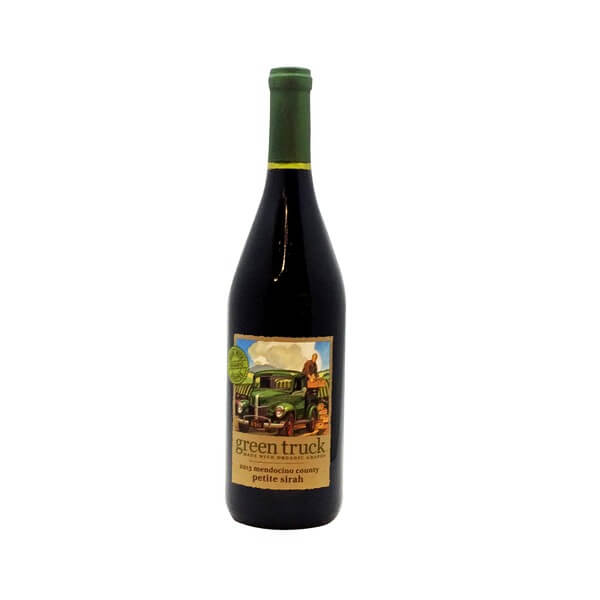 Inspired by a painting which now graces the company’s bottles, this company does not use any animal ingredients in its processing and its Green Truck model wines are vegan certified for that additional guarantee.

This artisanal wine company is based in the Russian Valley and the company does not use any animal ingredients in its wines.

Based in Oregon, all of Lumos’ wines are vegan-friendly, including those that are made using vegan certified sugar.

The clue is in the name with this company, founded by Frances Gonzalez in 2017. The California company also offers vegan wine clubs, complete with vegan cheese. 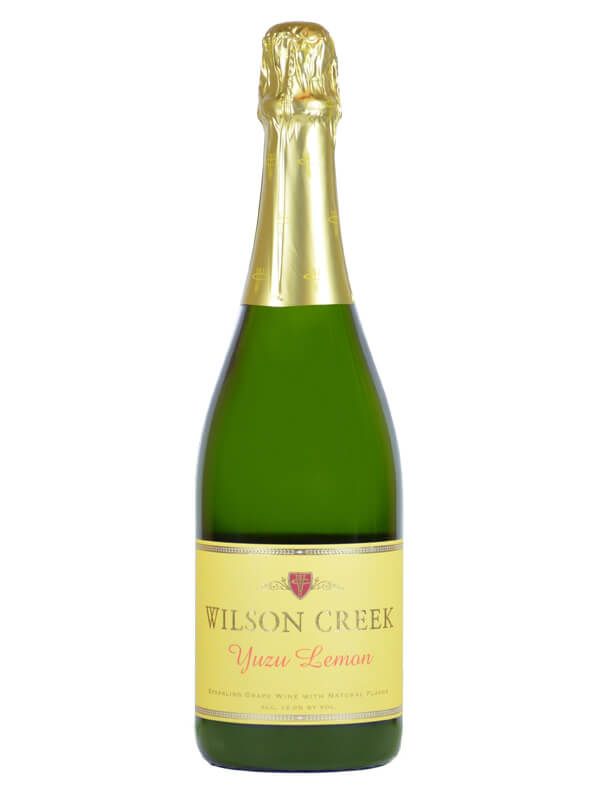 Based in Temecula, this family-run company offers a variety of vegan sparkling, red, white and rose wines. 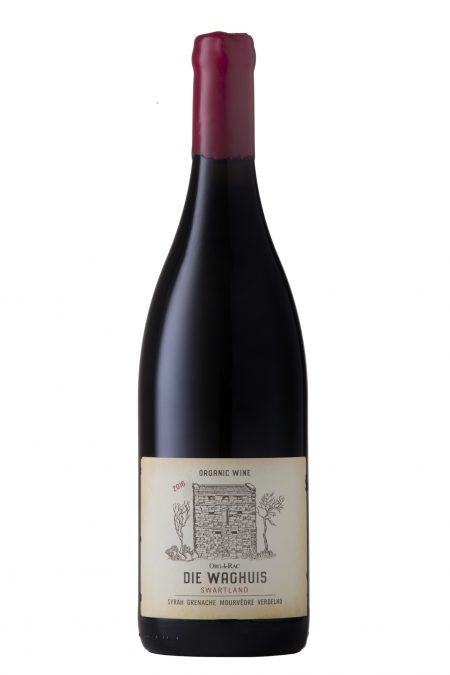 Based in South Africa’s Swartland, all of the wines are made with organic, locally grown grapes.

All of Meiomi’s wines are vegan

Founded in California by Melissa Stackhouse, all of Meiomi’s wines are vegan-friendly. 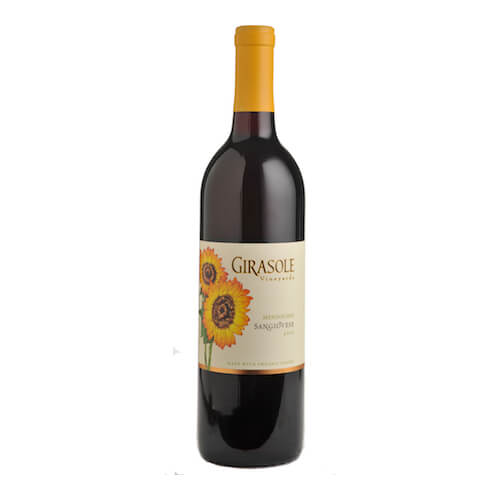 Every bottle from Girasole Vineyards is vegan-friendly

Crafted from succulent grapes grown in the Redwood Valley, every bottle is vegan and GMO-free. 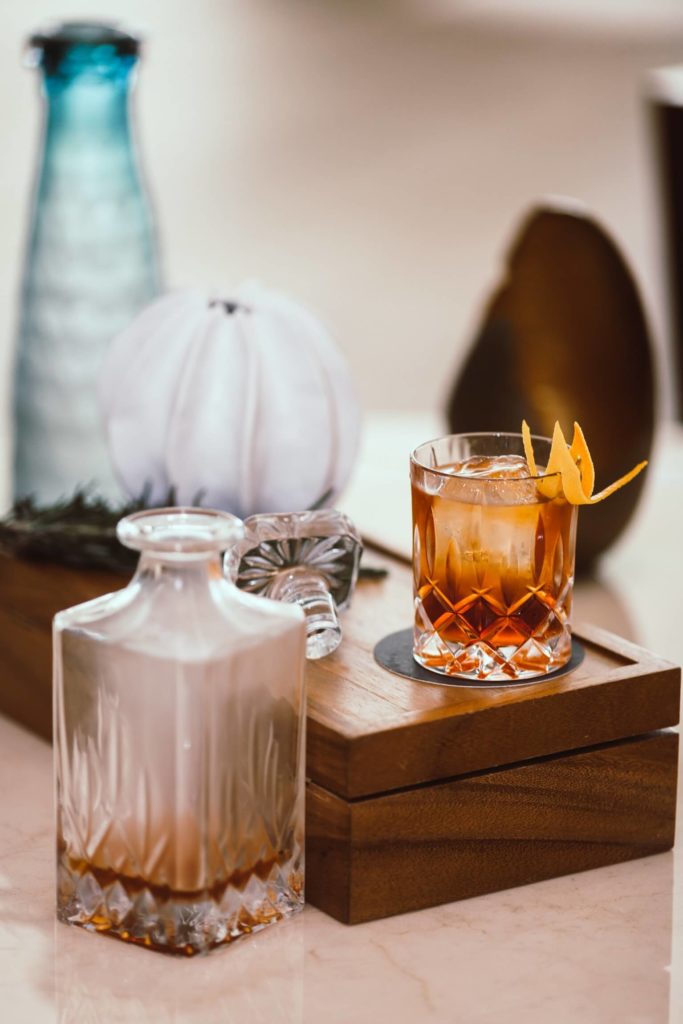 Most spirits are vegan-friendly

When only the hard stuff will do, luckily most spirits do not require fining and so, they are vegan-friendly.

As we mentioned before, a few products do slip the odd animal ingredient in (some tequila brands use worms or scorpions), but these are usually obvious from the name, look out for beverages with names such as Arran Gold Cream Liqueur or Black Fox Honey Ginger Liqueur. If in doubt, check the Barnivore website, before downing.