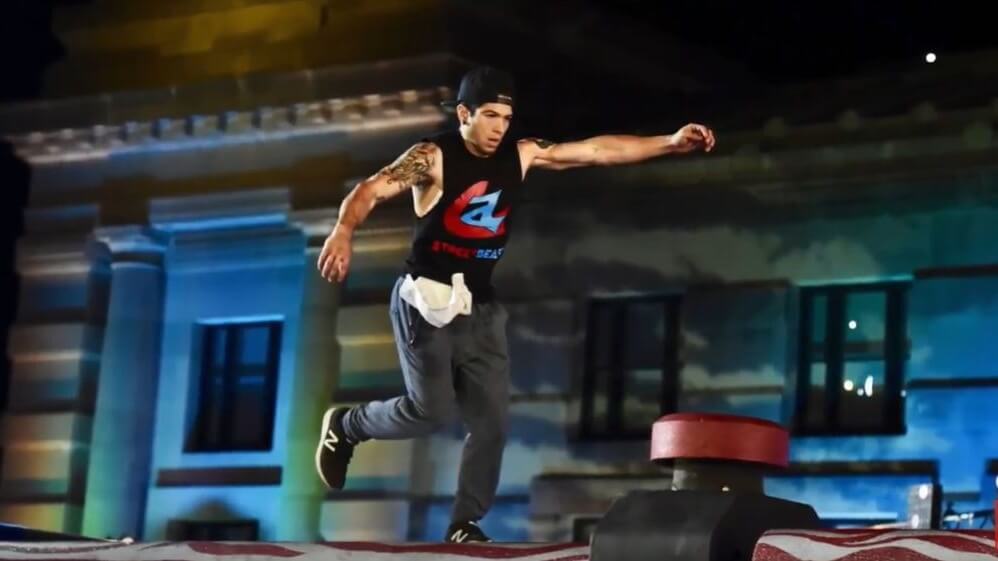 Plant-powered “American Ninja Warrior” contestant, Calle Alexander, scored on the podium for his competing round and refueled his grueling run with a bushel of broccoli.

Alexander took to his Facebook page to share a snapshot video of the television segment that gave him a Miami-qualifying performance. He put on a strength-fueled, power endurance carry-out, navigating obstacles such as six-feet leaps between chasms on spinning wheels, mastered by upper body elite fitness. He cruised through the course with ease, demonstrating how a vegan diet gives one all the protein they need to compete. In doing so, he quashes protein stigmas on a widely-televised national platform.

This attempt is the muscular athlete’s second trial at the course. According to the narrator, he “memorably crashed” on a balance-reliant obstacle last year. But this time Alexander did not let anything stand in his way as he traversed throughout the course with a somewhat holistic calm and sureness of his whereabouts.

“Looking so strong,” praised the narrator as Alexander’s technique and stealth sent the audience into a roaring eruption of cheers.

In celebration of hitting his first buzzer, Alexander pulled a bushel of broccoli into the air and toasted to his success, noshing on the vegetable with a roaring appetite. Broccoli is packed with protein and nutrients, making it an apt choice for the plant-powered athlete to refuel with after a high-energy physical display of prowess. He completed the course in just 3:56.18, beating out all competitors except two and earned third place in the heat.

“Ninja Warrior” shows across the world are seeing an increasing number of vegan competitors, battling out against meat-eating contestants but often reigning supreme. Just last week, vegan free-runner Tim Shieff was crowned the “Last Man Standing” at the “Ninja Warrior UK” season finale. The show ended without a winner but Shieff took home the de-facto first place. The 30-year-old athlete slipped backward as he navigated the flying bars, the final part of the course’s penultimate challenge. Had crossed that seemingly insurmountable finish line, Shieff would have made history as the first contestant to ever take on the final stage of the challenge. In April, he cemented a new record: the fastest time to ever be recorded on the show. In the semi-finals, he completed the course in less than one minute.