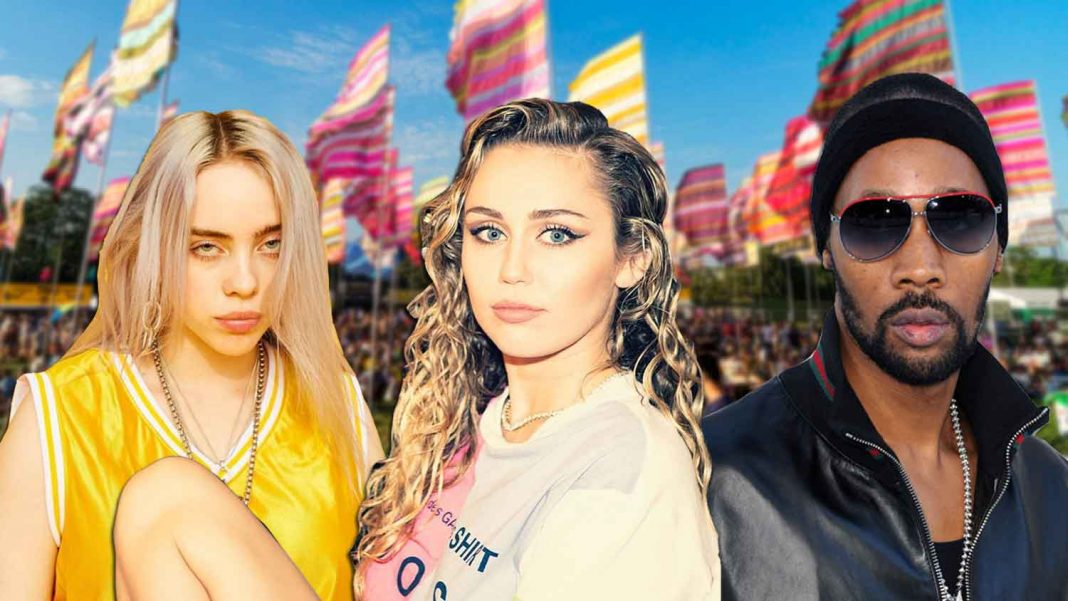 The schedule for the popular five-day Glastonbury Music Festival has been announced and it features a number of vegan musicians.

Miley Cyrus, Billie Eilish, and The Wu-Tang Clan will all perform at the event held every summer near Pilton, Somerset, in England.

Cyrus has been touring to promote her newest album, expected later this year. She released the single with DJ Mark Ronson, “Nothing Breaks Like a Heart,” last year.

Cyrus shared a video on Instagram announcing her performance. “Yes I am,” she wrote. “June 26th – 30th ! Gonna be a [expletive] sickkkkkkkk time! I’m not only xxxcited as [expletive] to perform but to watch some of my favorite artists play! See ya there!”

Yes I am. June 26th – 30th ! Gonna be a fucking sickkkkkkkk time! I’m not only xxxcited as fuck to perform but to watch some of my favorite artists play! See ya there! ?

Eilish, who’s been vegan since age 14, recently appeared on an episode of “Hot Ones” where she ate vegan nuggets during the interview about her musical career.

Also on the bill is the multi-platinum award-winning rap group Wu-Tang Clan, which celebrated the 25th anniversary of their seminal album, “Enter the Wu-Tang: 36 Chambers” last year. The Staten Island-born group consists of a number of vegans and fans of the plant-based diet. The group is helmed by the RZA; he’s a longtime vegan and outspoken advocate for animal rights. Co-founder GZA has also lent his voice for the animals. In a powerful video released last year, he compared Southern food to the “slave man’s diet,” urging people to abandon the diet for health and justice reasons.

Other members of the Wu-Tang Clan have been busy promoting vegan food as well. After the launch of the vegan Impossible Slider at White Castle fast-food restaurants last year,  Wu members Ghostface Killah, GZA, and RZA appeared in campaigns promoting the burgers. Customers could call a “hotline” while they waited for their orders where the Clan members would reveal secrets to the Universe. In the campaign video, RZA explains that his subconsciousness has been “uploaded into a supreme data system” resulting in “the knowledge infinite.”