Brandon Cowan, a 24-year-old animal lover from Sydney, has launched his own dating website named “Date Brandon.” Cowan notes that although it is not mandatory, his ideal woman would follow either a vegetarian or vegan lifestyle; they must also be an animal lover – because he is suspicious of anyone who isn’t.

This is not Cowan’s first attempt to find love publicly, he once appeared on the dating series “Beauty and the Geek,” which sees stereotypically “beautiful” females paired up with male “geeks.”

However the show – for Cowan at least – was unsuccessful, and he’s now launched his new online venture to find his other half. However, the animal adoption officer and former app-developer maintains that he is not desperate. “I’m just looking for the right person,” he notes on Date Brandon. “This is not a joke,” he adds. “I’m hoping to find someone to spend the rest of my life with.” 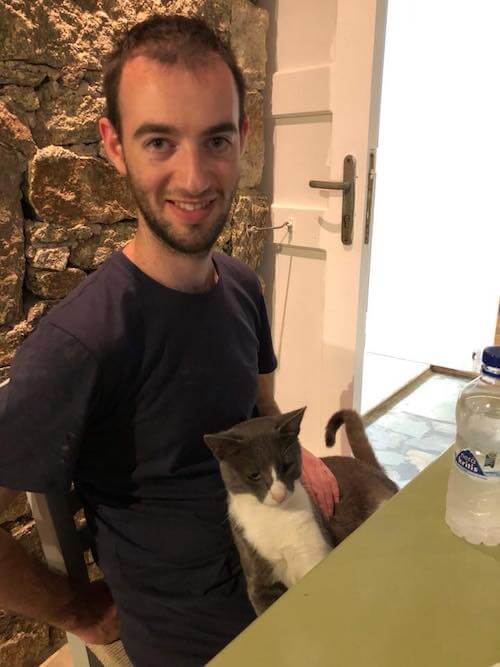 “I’m pretty chilled out, happy and honest,” he writes about himself. “I don’t eat animals but I respect those who choose to. I enjoy going out and having some drinks, hanging out with friends, going on adventures and doing fun things.”

He also lists past jobs and volunteering work on the website. Cowan has dedicated most of his working life to the animals, his current job is to re-home them at one of the biggest pounds in Australia.

In 2016, he raised over $7,000 to save puppies with parvovirus, and he currently volunteers his time to transport animals in need to rescue groups. He also developed Crazy Dog Apps, an app development company, and created the PetRescue iPhone App. Although it’s no longer in use, the app – downloaded over 50,000 times – helped Australians find pets to adopt.

To apply to date Cowan – don’t even bother if you’re a backyard breeder or hunter, he warns – you can fill out the form on the Date Brandon website. Applicants are expected to give their name, age, and what they’re looking for in a relationship, as well as a description of their ideal first date and why they would make the perfect date for Cowan.