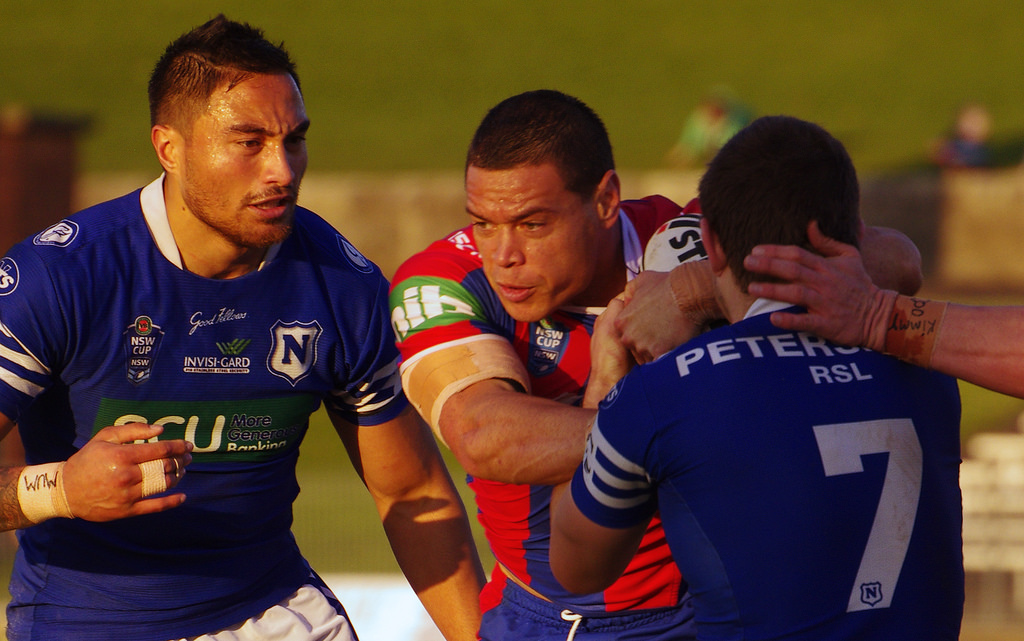 Australian rugby player Timana Tahu has opened up about his vegan lifestyle, revealing that dropping animal products from his diet changed him for the better.

Throughout his life, the vegan athlete has suffered racism and discrimination, but he has made it clear he does not tolerate prejudice. In 2010, a coach made a racial slur against a fellow Indigenous player. In response, Tahu left the team in protest, telling the press at the time that the comment was not an isolated incident.

My 2nd week at doing deadlifts. It’s been 2 years since I have done this exercise, my best ever was 220kg/485lb. I was hoping to lift half of that, today I got to 180kg/396lb. I guess it’s the #vegan #food that’s helping me keep my muscle & strength ?. There’s always room for improvement, change and growth. #lightweightbaby #deadlift #strength #strengff #fitness #gym #healthylifestyle #fitdad #LTL #workout #mondaymotivation #exercise #vegan #veganlife #veganpower

Life is too short to put up with racism, and according to Tahu, it’s also too short to spend eating the “wrong foods.” The player has dedicated most of his life to standing up for his heritage, and now he wants to inspire other members of the Indigenous Australian community to follow his lead and eat plant-based.

“It’s hard when you see people die at a young age of chronic diseases,” he told Living Black. “And we’re going, ‘Oh that poor fellow, he had a heart attack because he was eating the wrong foods,’ and not learning from it and going, ‘well I’m [going to] change my life and live a better life.'”

Many studies support Tahu’s view. In fact, the World Health Organization recently revealed that the consumption of saturated animal fat is one of the leading causes of heart disease. A plant-based diet, however, can reduce the risk. According to recent research from the University of Toronto, LDL cholesterol levels, blood pressure, inflammation, and triglycerides can all be improved upon by ditching meat and dairy.

“I don’t want to put pressure on people to go vegan because that was just my choice,” said Tahu. “But if there’s a way that suits you to live a healthier lifestyle, go for it because your life precious. Life [is] short.”