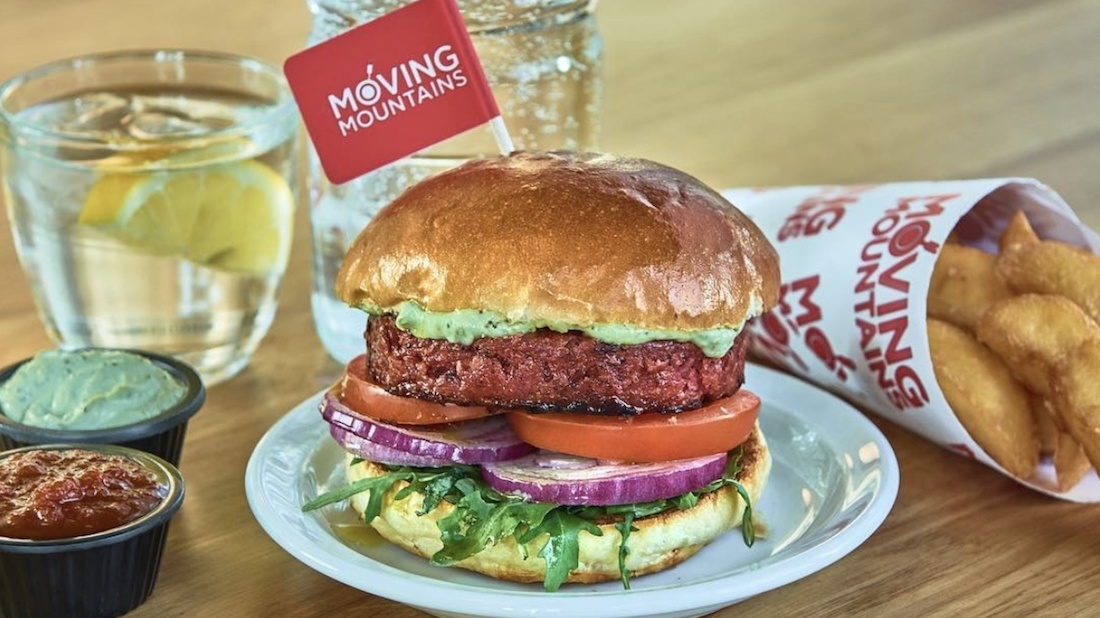 Marston’s, one of the UK’s leading pub chains, has added the vegan Moving Mountains B12-packed “bleeding” burger to menus in 413 of its locations.

Made with 100 percent plant-based ingredients and developed over the course of three years, the meat-like protein-dense Moving Mountains burger was created by a team of scientists, chefs, and farmers. Since its launch back in February, the burger has appeared on a number of menus up and down the country; however, the new deal with Marston’s is one of its biggest yet; set to grow the company’s revenue by £1 million.

The new partnership is in response to consumer demand, says Nicola Arrow, Marston’s Senior Food and Development Manager. “We have listened to our customers and taken the growing demand for healthier and alternative options across the pub sector as a great opportunity to develop and update our menu,” she said in a statement.

There’s no beef with us… Our burger is 100% plant-based. Have you tried the #B12Burger yet? #plantbased #vegan #meatfreemission #thefutureishere #veganliving

Hungry Horse, another of the UK’s most popular pub chains, announced its new vegan options in August, adding vegan fish and chips, curries, and burgers to menus, again, in response to consumer demand. Led by the younger generations, the food system in the UK is changing. In fact, one recent survey revealed that over half of Gen-Zers believe that a meat and dairy-heavy food system is unfair to the animals and to the environment.

Moving Mountains, believes Marston’s, is at the forefront of this changing food system in Britain. “[It] is such an innovative addition to our menus,” said Arrow. “It not only caters to our vegetarian and vegan customers but also to those who are trying to make more conscious health or ethical choices when eating out.”

Simeon Van Der Molen, the CEO of the vegan company, agrees with Arrow. “[The Moving Mountains plant-based burger] has become the fastest listed food product in Marston’s history, after tasting the B12 Burger and recognising that they had to be the first major chain to roll out this revolutionary food item,” he said.

“This [launch] marks a huge leap in innovation for humanity,” he added. “[It] will allow consumers to bite into a future that is better for their health and the health of our planet.”