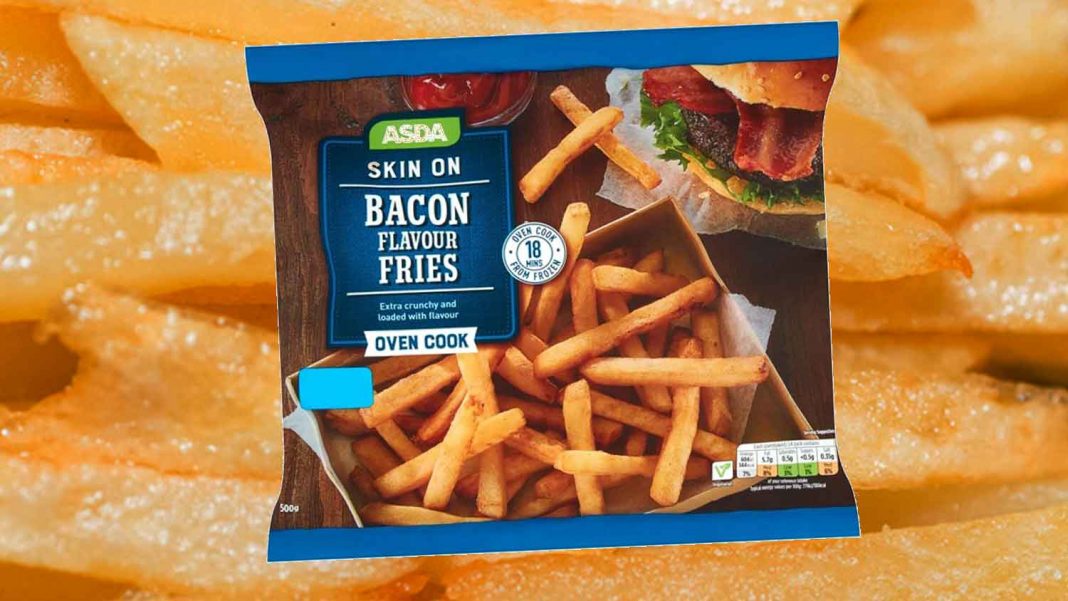 You can now buy vegan bacon-flavored fries from Asda supermarkets across the UK.

Made with potatoes, onion powder, sunflower oil, and smoke flavoring, the skin-on vegan bacon fries taste just like “frazzle crisps,” according to one reviewer on the chain’s website.

“Lovely and crisp and really delicious bacon flavour!” they wrote. “Can’t get enough of these. These will be on my shop every week. Even the kids love them.” Others added that although they felt the bacon flavoring was subtle, the fries were “lovely and crispy.”

The fries are one of the latest additions to Asda’s ever-expanding range of vegan-friendly products. Earlier this year, vegan cheese and onion focaccias were spotted in store, topped with dairy-free red Leicester. And in 2018, the chain added a dairy-free cheese option to its create-your-own fresh pizza counters.

The Rise of Vegan Food in the UK

Vegan food is now so popular in the UK that one in six new product launches in the country is vegan. According to a study by Mintel, the UK is now the world leader in plant-based food launches, overtaking Germany. The latter has “certainly plateaued” notes global food and drinks analyst, Edward Bergen.

He added, “the UK, by contrast, has seen a huge promotion of vegan choices.” He observed that UK supermarkets, in particular, have driven the market forwards, led by consumer demand.

One recent study by Sainsbury’s noted that 91 percent of Brits are now actively reducing their meat consumption and following flexitarian diets. The supermarket responded by placing it’s plant-based meat options alongside traditional meat products, to ensure they are more accessible.

“Additional space is being freed up by UK supermarkets in the on-the-go aisles and small format stores to help promote vegan food and drink,” Bergen said. “making it easier for meat-eating consumers to try these new concepts out.”