“Bacon Mac is one of our favorite comfort foods and it’s a mainstay on the menu at our Chicago cafe, Upton’s Breakroom. We’ve decided to share the wealth so that you can enjoy this delicious meal when you can’t come in for a visit,” the company wrote on its website.

The dish features bacon seitan and nutritional yeast, a cheesy-tasting ingredient fortified with vitamin B12, an essential nutrient that many diets are missing. 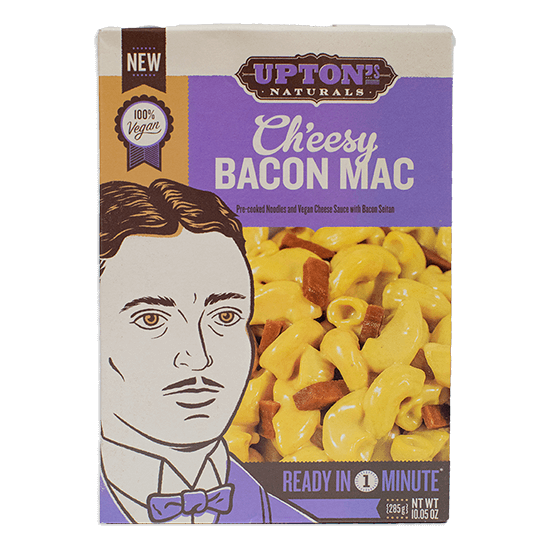 Starbucks and Frankie & Benny’s in the UK have both launched dairy-free mac ‘n’ cheese products.

Upton’s Ch’eesy Bacon Mac joins a new line of pre-seasoned ready meals that the brand just launched in Australia, according to Food and Drink Business, which use jackfruit as a key ingredient.

Like the seitan mac ‘n’ cheese, the jackfruit meals are made using natural ingredients and contain no gluten, soy, oil, GMOS, artificial flavours, or cholesterol.

The southeast Asian jackfruit, known as the world’s largest fruit, is rising in popularity, especially in the vegan food scene.

You can buy Upton’s Naturals’ Ch’eesy Bacon Mac on Amazon.