As more Americans move away from animal products — according to a survey from earlier this year, 114 million are trying to eat more plant-based foods — vegan bacon sales are rising.

Vegan bacon can be made from a variety of plant-based ingredients, including coconut, tempeh, carrots, soy, and even banana peel.

“We’re gonna let you in on a little secret. If bacon wasn’t flavored with smoke and spices (which are vegan by the way), it wouldn’t taste like bacon,” animal rights organization PETA (People for the Ethical Treatment of Animals) writes on its website. It adds that you can smoke up plant-based foods, add spices and healthy fats, and it’ll have a similar taste to the much-loved foodstuff, traditionally taken from pigs.

Why Do People Love Bacon So Much? 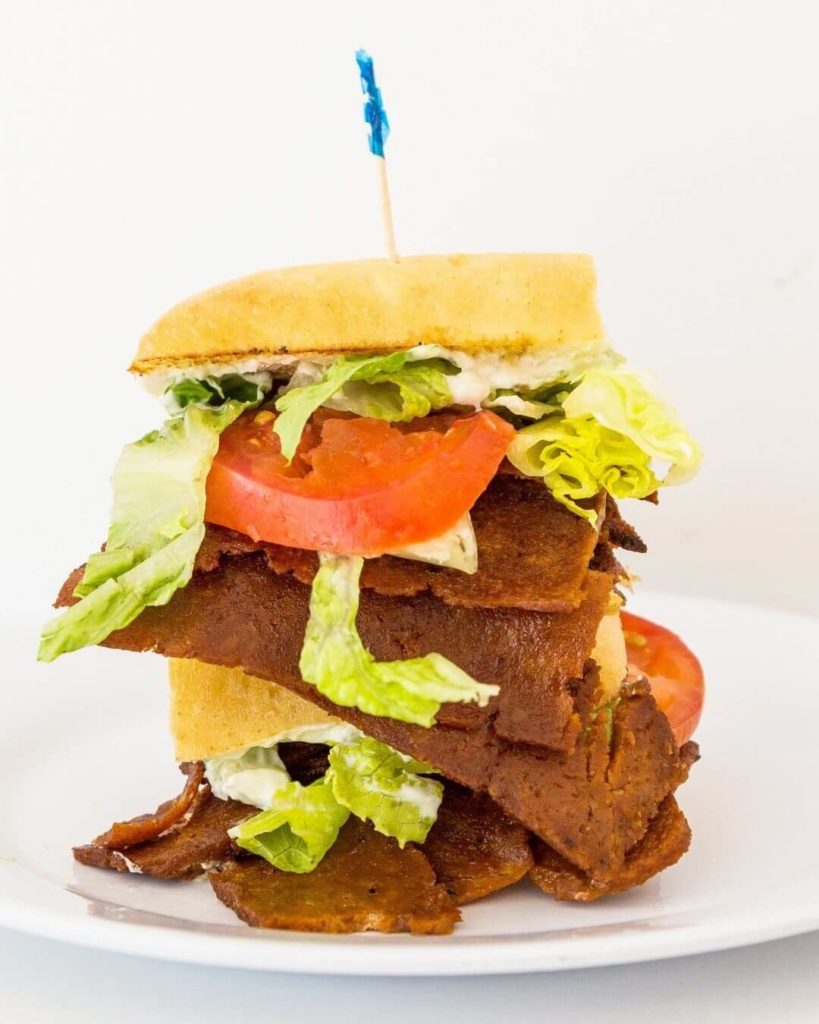 Although the vegan version is now enjoying a moment, for decades, consumers have been obsessed with salt-cured, traditional, pork-based bacon. But why? According to the TruTV series “Adam Ruins Everything,” hosted by Adam Conover, it all started back in the 1980s with the U.S. Pork Board.

The board was struggling to sell the fattier parts of pork to health-conscious consumers, so it teamed up with the fast-food industry; the marketing of which made bacon sound like an appealing food. During a meeting with the head of the Pork Board, the former president of Hardee’s, Bob Archery, reportedly said, “I’m gonna come up with a sandwich with the grease dripping down their chin and we’ll see what they say.”

Hardee’s was the first to release a burger complete with “sizzling” bacon, inspiring other fast-food chains like Wendy’s and Burger King to follow suit. Bacon remains a pillar of the fast-food industry.

Its integral role in the fast-food industry is enough to tell most consumers that bacon isn’t a health food. But according to Conover, the situation is more serious than that. He maintains that the National Pork Board were aware that bacon was a carcinogen, even back in the 1980s.

Research says that one bacon sandwich a day can increase the risk of colorectal cancer by 20 percent. Processed meat consumption is also linked to heart disease and diabetes.

Conover explains that the pork industry has consistently pressured the USDA into downplaying the risks of bacon consumption.

In contrast, studies have suggested that plant-based foods can reduce the risk of cancer, heart disease, and diabetes.

Upton’s Naturals makes bacon with seitan and Swedish brand Vivera makes it with soy. You can also make your own at home, using a variety of animal-free ingredients, including rice paper, tofu, mushrooms, or aubergine.