The University of California’s Alternative Meats Lab students presented their most recent projects this week, and one group brought vegan bacon to the table.

Students had to present innovative solutions to topical food system issues such as the texture, moisture, and taste of vegan meat, helping the alternative meat industry get closer and closer to an identical replica of traditional meat. 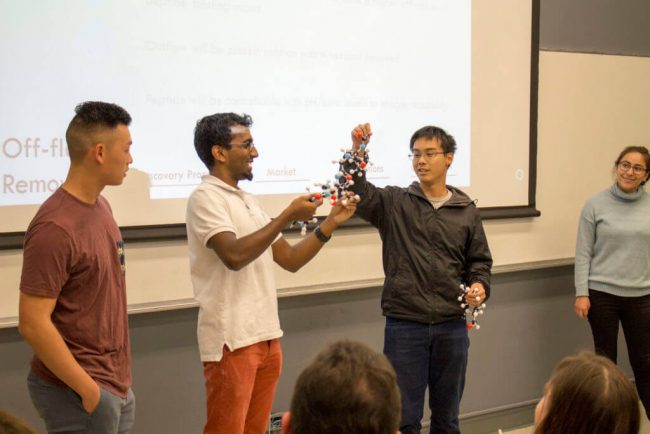 According to Berkeley Engineering, “Projects ranged from recognizable “meat” products such as deli slices, bacon, fish cakes, and beef jerky replacements, to the highly technical, such as engineering better plant-based fat.”

In response to many people who do not favor the ‘off-taste’ of plant based patties made from legumes, another team analyzed the science behind the ‘off-flavor’ and “synthesized a peptide chain that selectively binds and removes n-Hexanal, which creates the undesirable flavors”, believed by the science team to be 50% more effective than alternative methods.

Soy-free, plant based ‘chicken nuggets’ (an American staple) are also in the works of Berkeley students, being developed with pea protein instead. 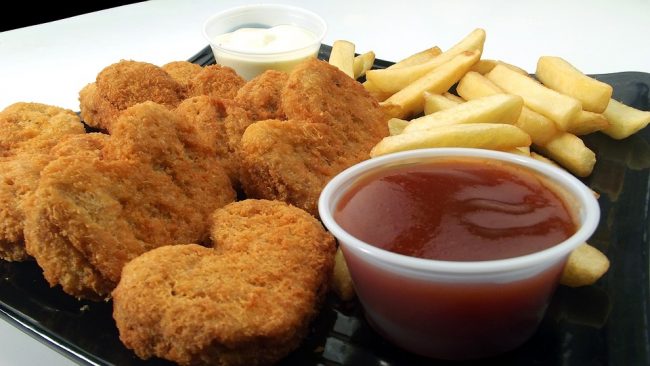 Remarkably, one forward-thinking team made their mission to create vegan bacon fat, a feat which is often missing from vegan bacon alternatives but is a big draw for many bacon lovers.

It is widely recognised that currently, the plant based meats on the market do not have fat which melts like fat from an animal.

“The most popular veggie bacon on the market currently does not emulate pork bacon fat very well, with its signature crispy skin, moisture, and marbling abilities.” Said Berkeley Engineering. “To work on the issue, the team ran controlled experiments to create prototypes based on sixteen different factors. Ultimately, the team may develop the best prototype into a powder that may be sold to plant-based meat manufacturers.”