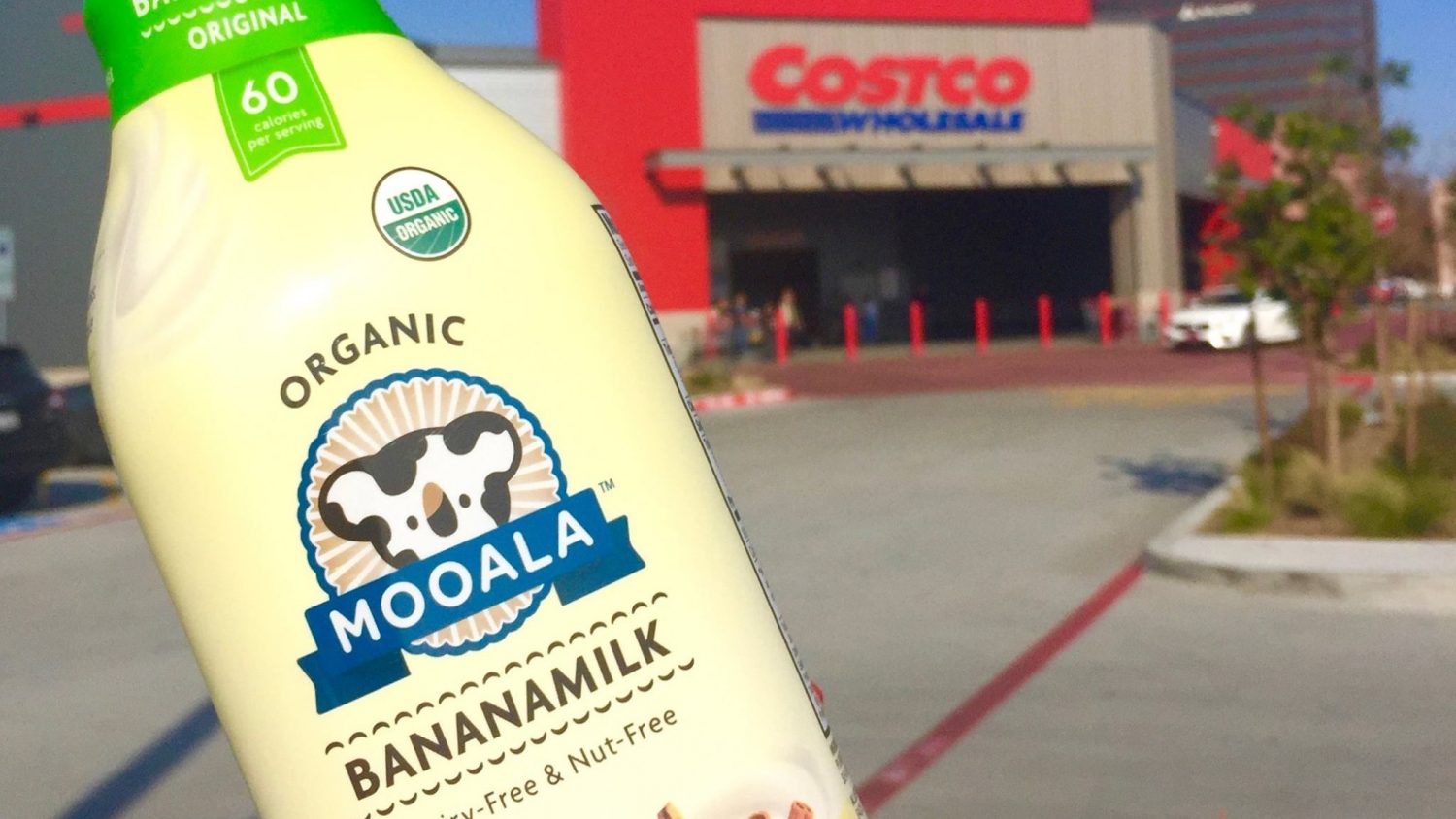 Vegan organic banana milk brand Mooala will soon be available in grocery stores across the southeast of the United States — including three major unnamed retailers.

With just five main ingredients in Mooala’s “Original” flavor – banana puree, roasted sunflower seed butter, sea salt, cinnamon, and gellan gum – Mooala appeals to rising consumer demand for both plant-based and minimally processed, “natural” foods. The vegan milk brand has attracted the attention of major retailers since its launch in 2016 and can be found in the refrigerated section of Wegmans, Costco, Safeway, Whole Foods, and H.E.B.

“It’s funny how things evolve,” brand vice president Jordan Campbell told Food Navigator.“In a perfect world, we’d have grown on the west coast first, but chains in the northeast ended up being early adopters. We’re in around 1,500 stores now.”

Based on its quick growth in the first two years of business, Mooala expects to quadruple in size by the end of the year, no doubt aided by the $5 million investment it secured last February.

“Kids also love the taste of bananamilk; bananas are the #1 fruit sold in the grocery store and the flavor is not polarizing; it seems more familiar than pea protein for example. Parents also love the fact that it’s from real pureed bananas, not banana flavor,” Campbell continued.

The vice president also believes that Mooala’s marketing strategy has played a part in helping to build brand loyalty. “When we do demos in Costco, sales go through the roof,” she said. “We often demo it in cereals and granola, rather than on its own in a glass, as when was the last time you had a glass of milk on its own?”

The fun and family-friendly approach to non-dairy milk is the brainchild of Mooala founder Jeff Richards, a former banker who quit his job in order to launch the company.“[He] just felt that many [plant-based milks] looked a bit boring and sad compared to all the innovative and fun branding he was seeing from new players in other parts of the store and wanted to create something fun and accessible,” Campbell explained.

While Mooala’s fresh approach to branding has helped bolster sales, vegan dairy alternatives, in general, are continuing to gain favor among consumers. Recent research conducted by Cargill revealed that up to 50 percent of dairy-drinkers also purchase plant-based milk.