In a new report predicting the food and drink trends for the summer season, market research firm Mintel placed vegan barbecuing at the top of the list. And it’s not just vegans who will be participating. Mintel notes that meat-eaters too will be diversifying their grill options with a veggie burger or two.

Across the UK, many consumers are becoming more conscious of what they put on their plate, with a number of people choosing to cut down on animal products. It is for this reason, Mintel notes, that vegan barbecuing will take center stage this summer in place of a more traditional meaty affair.

“Vegan options are on the rise, with several UK retailers such as Sainsbury’s, Tesco and just recently Waitrose launching extensive vegan lines in their stores,” said Melanie Zanoza Bartelme, Global Food Analyst for Mintel, in a statement. She continued, “Flavour-bursting new varieties of vegan alternatives made from innovative ingredients like Indian jackfruit, which due to its texture and flavour is becoming an increasingly popular meat substitute, will be the star of the vegan barbecue this summer.” 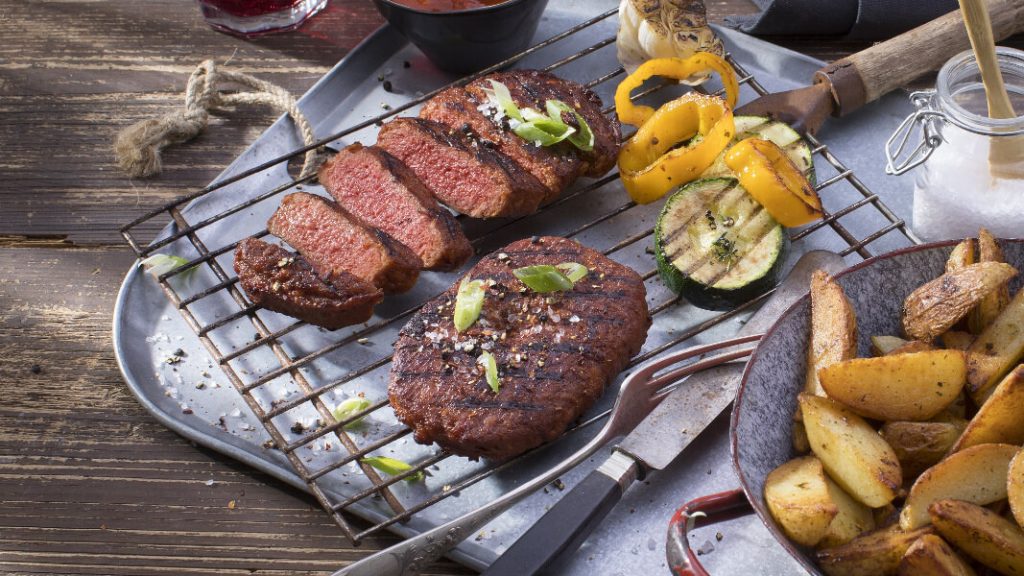 Barbecue options at Tesco include the world’s first shop-bought plant-based steak from Vivera, as well as Linda McCartney sausages, Quorn vegan burgers and own brand vegan vegetable patties, among a growing number of options. Barbecue vegan-friendly products at Sainsbury’s are also in abundance, including the upcoming Naturli’ foods “bleeding” mushroom burger, due to launch in stores soon. Waitrose, which just launched a brand new vegan section, Iceland, and ASDA also offer vegan barbecue options for customers.

But it’s not just barbecue food that conscious consumers are keen to stock up on, products for vegans, vegetarians, and flexitarians are performing better than ever across the board. For example, since its launch in January, Tesco’s Wicked Kitchen plant-based ready meal range has sold over double the predicted amount.

“All we had to do was what hadn’t been done before,” Tesco’s plant-based food director and Wicked Healthy co-founder Derek Sarno told LIVEKINDLY. “Put amazing foods completely free from animals on the shelf and they had to be delicious, easily accessible, affordable, and live up to the standards we hold on quality.”