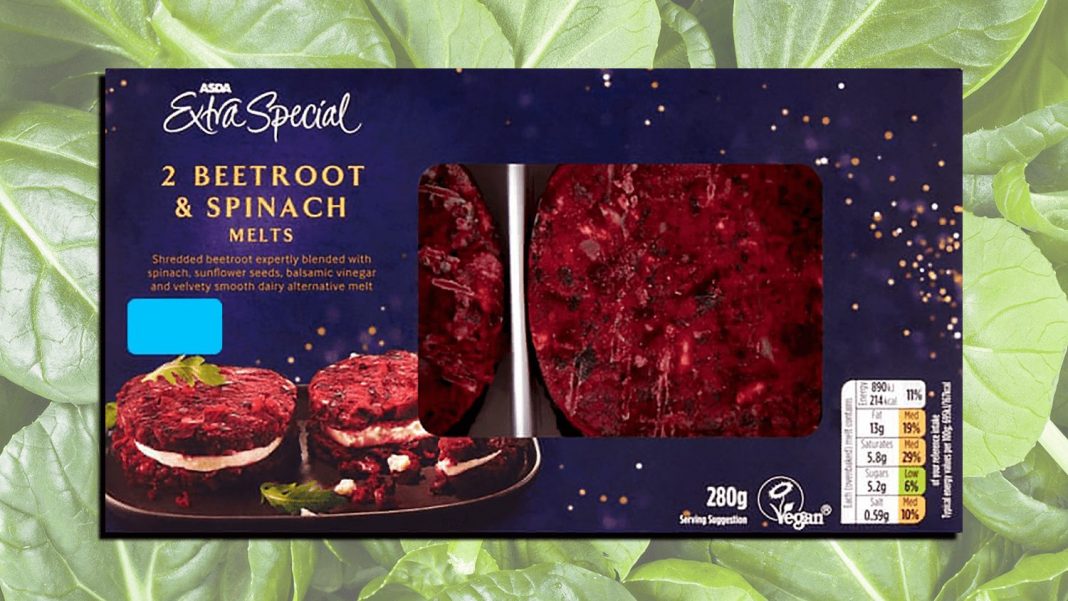 The retailer introduced beetroot and spinach melts, consisting of shredded beetroot “expertly blended” with spinach, sunflower seeds, balsamic vinegar, and “velvety smooth” dairy-free cheese, which is made from coconut oil and meant to replicate goat’s cheese. Each melt provides fibre and 5.2 grams of protein.

The new product joins ASDA’s growing range of plant-based food. It has introduced its own line of on-the-go vegan products – including wraps, sandwiches, and salads – and created its own home-brand dairy-free cheese.

The UK’s Taste for Vegan Food

Brits are leaning toward meat-free meals more than ever. In the last decade, meant consumption in the UK has dropped by nearly 30 percent.

Similarly, in the past two years, nearly 30 percent of young people have eliminated or reduced their consumption of dairy.

Data from last year found that the number of vegans in the country had increased from one percent to seven percent in just two years, and more recent research suggests there will 327 percent more vegans in the UK by 2020.

In response to shifting demand, companies are launching more animal-free products. Leading UK supermarkets Tesco, Sainsbury’s, and Marks & Spencer have all created their own plant-based food lines. Tesco credited its vegan ready-made meals, made under its Wicked Kitchen brand, for its spike in profit. Sales of vegan and vegetarian food increased by 85 percent at Waitrose, according to figures reported last October.