Much to the excitement of Ben & Jerry’s fans down under, the brand has hinted that it will soon be releasing a dairy free range in Australia!

Having released their vegan range in the USA initially, both the United Kingdom and Singapore have received the exciting news this year that they will also be getting a chance to taste some delicious dairy-free goodness. Now, it seems, it’s Australia’s turn.

Responding to a Facebook user’s question from over a year ago ‘When are your vegan flavours coming to Australia???’ the brand responded just yesterday. ‘It’s the moment that you’ve been waiting for!’ said a representative for Ben & Jerry’s ‘Our non-dairy range will be available for your pleasure in Australia in just a moment!’ 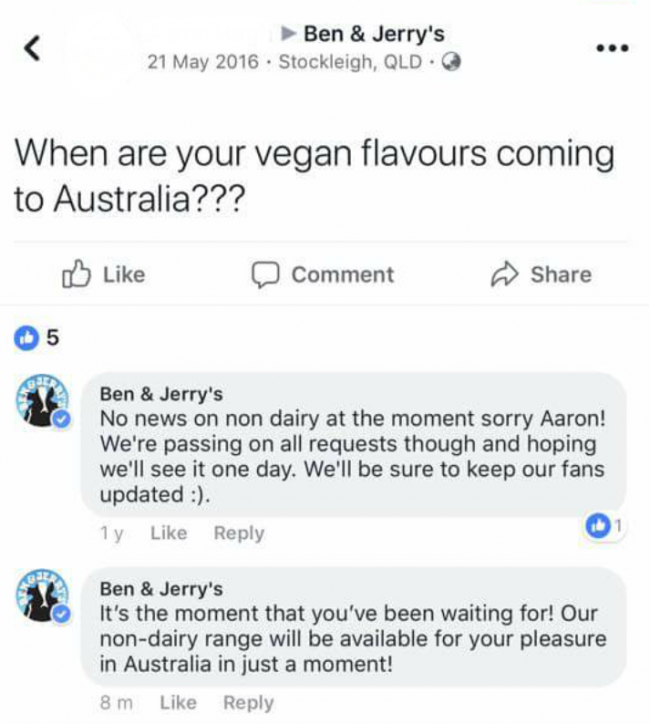 Ben & Jerry’s have yet to make an official announcement on the release, and they haven’t specified a date, but it seems that for Australian’s wanting to cool down in the midst of a hot summer, vegan Ben & Jerry’s could soon be in stores.